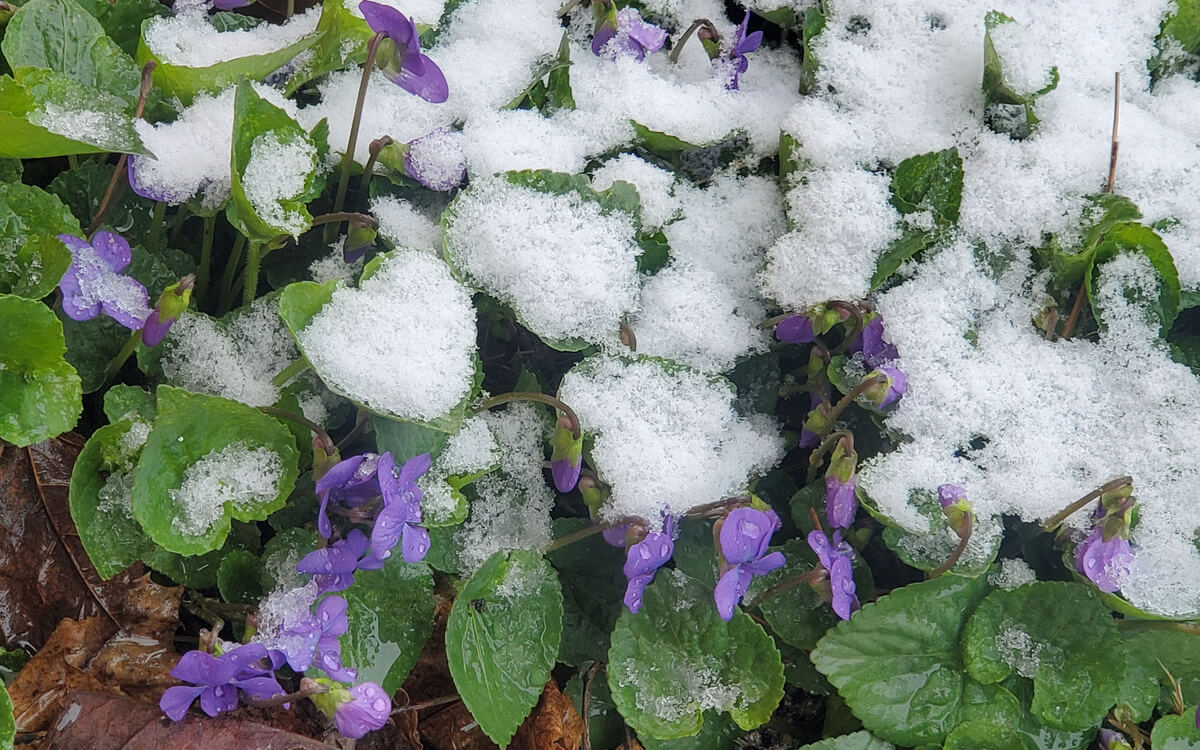 Just when we think we’ve escaped the grasp of winter, it just won’t leave us alone.

The majority of Maine is under a hazardous weather outlook for Tuesday, with some parts of the state expecting flooding, high winds or even a couple inches of snow.

In Aroostook, Piscataquis and Penobscot counties, 3 to 5 inches of snow is possible in elevations above 1,000 feet while lower areas could see 2 inches or less, according to the National Weather Service in Caribou.

In central Penobscot, Piscataquis Washington counties, heavy rain and winds up to 45 mph are expected, with flooding possible in downtown parking lots in Bangor during high tide, the NWS said.

Meanwhile, in coastal Hancock and Washington counties, a coastal flood watch is in effect during the afternoon. Up to 3 feet of storm surge is expected during high tide producing a threat of minor to moderate flooding. Roads may be flooded and closed and low-lying properties may be affected as well, the NWS said.

That same area is also under a High Wind Watch with 30-40 mph winds and up to 65 mph wind gusts expected. Numerous power outages and down trees are possible. The watch is also in effect for coastal Knox and Waldo counties with 25-35 mph winds and gusts up to 60 mph expected, the NWS said.

Maine does have a history of April storms. A snowstorm that one meteorologist called a “snow bomb” dropped up to 14 inches of snow in some areas on April 10, 1996. The storm brought wind gusts of up to 30 mph and caused multiple car crashes.

Twenty-four years to the day later, another springtime snowstorm dumped the state with snow on April 10, 2020. Towns in the Bangor area reported up to 13 inches of snow while Piscataquis County saw the most at 20 inches.