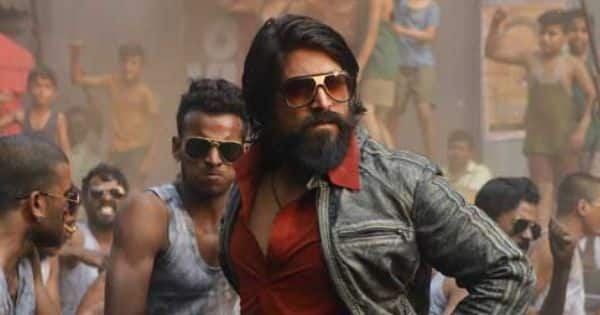 The craze of KGF 2 amongst the audience has been burgeoning ever since the trailer has been launched. Moreover, the fandom of Rocking star Yash ignited excitement among the audience like few films in Indian cinema before it have be they may be from any language. The anticipation rose to the levels of the pre-release buzz of Baahubali 2. It was widely reported that KGF Chapter 2 would likely take an earth-shattering opening in every territory across the globe where it opens. Well, it has done just that, first and foremost breaking the record for the biggest opening ever in the Hindi belt, and then registering the third-highest opening of all time pan-India after RRR and Baahubali 2. Also Read – Disha Parmar, Palak Tiwari, Bharti Singh and more: TV Instagrammers of the week who set the internet on fire with stunning posts

However, starting with a bang amounts to nothing if you can’t back it up, right? Well, it certainly looks like KGF 2 is all too aware of that and how. The Rocking Star Yash starrer has not only held exceedingly well in all territories across the country, but has once again surpassed all expectations as many in the trade were expecting it to take a bigger drop, which would’ve been considered more than permissible, given its insane opening. But, by again registering a collection of ₹00-105 crore gross on day 3, taking its 3-day all-India total to a humongous ₹340-350 crore gross; a remarkable achievement by any standard. Also Read – KGF 2 star Sanjay Dutt REVEALS why he did drugs; says, ‘You become a cooler guy with the ladies’

K.G.F.: Chapter 2 is produced by Vijay Kiragandur, under the Hombale Films banner. Written and directed by Prashanth Neel, who’s also helming Salaar with Prabhas, KGF Chapter 2 stars Yash, Sanjay Dutt, Raveena Tandon and Srinidhi Shetty. Like KGF Chapter 1, the sequel is once again being presented in the North by Farhan Akhtar and Ritesh Sidhwani‘s Excel Entertainment along with Anil Thadani’s AA Films.