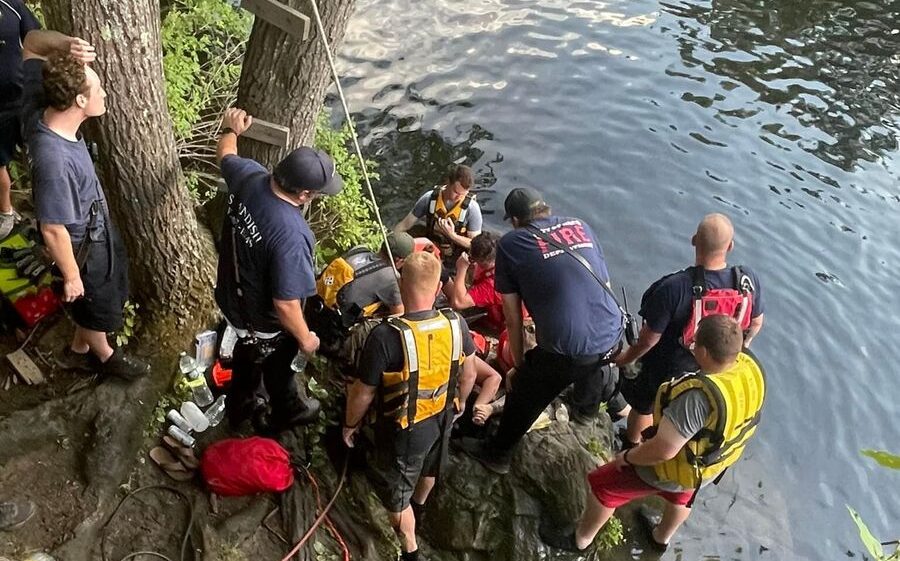 It took 30 first-responders to help free a 22-year-old woman after her leg got stuck between two rocks at Pleasant Point Park in Buxton on Sunday.

Buxton Fire and Rescue said crews responded to Pleasant Point Park near the Route 202 bridge around 5:40 p.m. and found a 22-year-old woman partially in the water with her knee stuck in the ledge that lines the banks of the Saco River.

After a two-hour effort, the woman’s leg was freed from the rock utilizing an air chisel to remove pieces of ledge until an opening was made large enough to remove her.

Rescuers guided the woman up the bank of the river to a waiting ambulance. She was then taken to a local hospital. Her condition was not immediately available.