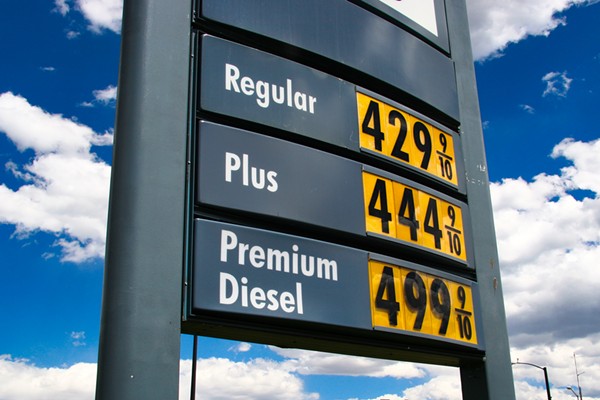 Gov. Whitmer vetoed legislation that would have suspended the state’s gas tax.

Whitmer noted last month that the bill would not have gone into effect until 2023 as the Michigan Legislature lacked the votes to give the legislation immediate effect.

To receive immediate effect, House Bill 5570 would have required the votes of at least two-thirds of the members in the Michigan Senate. Most Democratic legislators voted against giving the legislation immediate effect.

Whitmer said in a letter last month that the “misguided proposal does nothing for Michiganders facing pain at the pump right now.”

The Democratic governor, who is attempting to fulfill her campaign pledge to “fix the damn roads” as she faces re-election this year, said the bill could also be an impediment to road work that is funded by the fuel tax.

The nonpartisan Senate Fiscal Agency estimated that the average driver in Michigan would save about $75 over six months had the bill been signed into law. The analysis was based on driving habits from 2019.

In total, that adds up to an estimated revenue loss for the state of between $725 million and $750 million, though that could be replaced with funds from a surplus in the state’s general fund.

The Michigan Republican Party blasted Whitmer’s veto in a statement.

“Once again, Gretchen Whitmer shows her true colors as an out of touch career politician who cares more about climbing the political ladder than to actually help Michiganders at a time of extreme need,” said Communications Director Gustavo Portela. “Vetoing immediate relief at the pump would have helped Michiganders keep more of their hard-earned dollars at a time when that is needed most.”

Whitmer has called for a federal gas tax holiday and has indicated support for a plan that would suspend the state’s 6% sales tax on gasoline.

Republicans in the Legislature have previously voiced concerns with the sales tax suspension because the amount of savings would fluctuate with the price of gas, whereas suspending the state’s gas tax would be a constant 27-cent-per-gallon savings.

Originally published April 4, 2022 on Michigan Advance. It is shared here with permission.