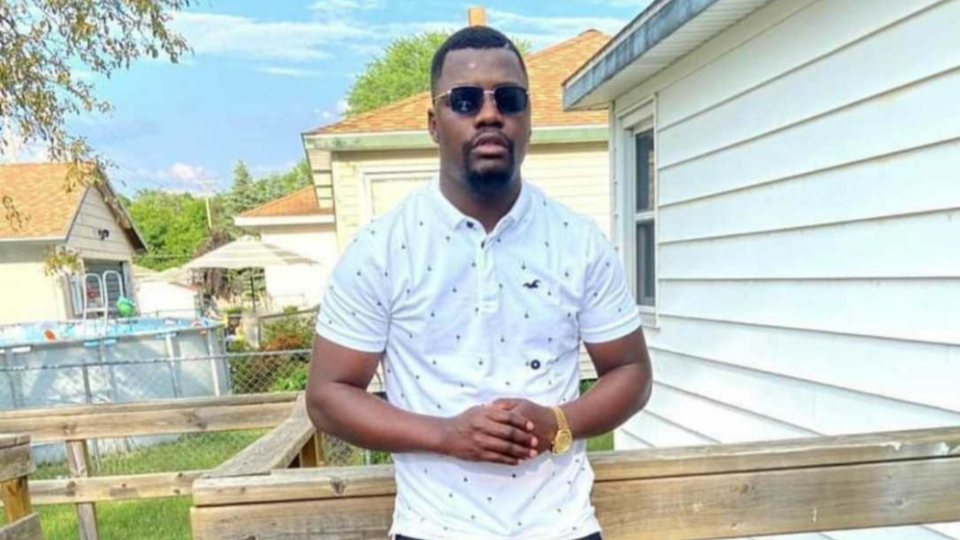 The shooting happened on April 4. Video released during a press conference shows the officer pull Lyoya over and a long struggle between the two that ends with the officer shooting and killing him.

Some state and local politicians released statements following the release of the footage.

“The Lieutenant Governor and I spoke with Patrick’s family and our hearts are with them and the Grand Rapids community who are dealing with unimaginable pain and loss. Patrick was 26. He arrived in the United States as a refugee with his family fleeing violence. He had his whole life ahead of him. Patrick was a son, a dad of two young daughters, and an older brother to his five siblings,” Whitmer said in the statement.

She said MSP will conduct an investigation that is transparent and independent and then prosecutors should consider the evidence and “take appropriate action.”

“Justice is foundational to safety, and without justice, we are all less safe,” Whitmer said.

She also called for protests to remain peaceful.

“Patrick’s father asked me to convey his hope that any demonstrations in his son’s honor remain peaceful, and as Governor I share this view. We must come together and build a future where Black Michiganders are afforded equal rights, dignity, and safety in our communities. I will never stop fighting to make Michigan a more equitable and just state,” she said.

Gilchrist said Lyoya’s family is “feeling the deep pain that too many have felt, a terrible loss in a moment that feels all too sickeningly familiar.”

“His father Peter described his son as a generous and caring man whom he wants to be remembered peacefully. Patrick was a loving father, a loyal friend, and a proud member of the Grand Rapids community who enjoyed sharing fellowship and culture with those around him,” Gilchrist stated.

Gilchrist said he is “heartbroken.”

“I am heartbroken by what we all have witnessed as a father, public servant, and a Black man. People are frustrated and hurting—searching for answers,” he said in his statement. “Black people in Grand Rapids, in Michigan, and across the country are mentally, emotionally, and physically exhausted from generations of struggle. Yet we press on. When we demonstrate and make our voices heard, we must do so in a way that lifts our call for justice beyond the deepening the pain of this community. We must never cease our efforts to reverse inequities, create systemic change, and guarantee justice for communities of color. We must recommit ourselves, through our words and deeds, to working together to build a more perfect union and a Michigan with equality and justice for all, where every interaction within our community, especially those with law enforcement, end with everyone able to return home to their families without harm.

“It is critical now to conduct a thorough and transparent investigation to achieve justice, deliver accountability, and understand what happened, for Patrick Lyoya’s family as expeditiously as possible,” Gilchrist’s statement continued.

“Patrick Lyoya is dead, at the hand of a police officer in Grand Rapids,” LaGrand wrote. “For all the focus on justice that has happened in our nation and our community in recent years, another young Black man is dead, and our community cries out for answers, and for justice. For all the voices raised to testify that Black Lives Matter, that justice must include us all, we are a long way from a just society.

“We need justice in our community, but Patrick’s family needs Patrick back, something none of us can give them. Justice demands consequences for wrongs, and our community needs confidence that justice will be served in this case, and confidence that justice will be done in openness. So I am grateful that city leaders in Grand Rapids are committed to transparency in this process. Today, I am praying for Patrick’s family in their grief, and I am also working for justice in the days ahead. When an individual does wrong, there have to be consequences, and when systems are wrong we need to fix those systems, to prevent new tragedies.”

LaGrand said he spent the morning advocating in Lansing for policy changes.

“Our community deserves public safety that keeps everyone safe, and proportionate response is critical to public safety. We need better policy for responding to non-violent offenses and policies that ensure that police officers do not respond alone when backup is available,” LaGrand wrote. “I am committed to working for justice for everyone in our city and our state. I have devoted my life to it. I will keep working, as long as I have strength and opportunity, to make sure we build a just and a safe community, where further tragedies like the killing of Patrick Lyoya do not happen.”

“No parent should have to bury their child after a simple traffic stop. I offer my deepest heartfelt condolences, and continued action on responsible reforms, to the family of Patrick Lyoya as they grieve the loss of their son. Additionally, I stand in sorrow with our community as we mourn this loss of life and construct our path forward following this tragedy. I pray for our city leaders as they navigate and discern the next right thing to do in response,” Hood said in a statement. “Together, we continue to face the work of building a more perfect justice system — one that protects our citizens, as well as those who put their lives on the line every day in service to our community.”

Hood said the state Legislature has “been working to eliminate tragedies like this,” through things like bills  mandating police go through de-escalation and implicit bias training and investing in mental health screenings for officers.

“I am proud to co-sponsor the ‘Justice for All’ package of bills that were introduced by my colleagues earlier this year — a package of bills that would ban no-knock warrants, end qualified immunity, and outline reporting requirements when there is misconduct, or when excessive force is used, including making those reports available to the public,” Hood continued in her statement. “We must work together to pursue the promise of ‘liberty and justice for all.’ Citizens interested in advocating for common-sense reforms are welcome to contact our office for details and directions to further GR’s voice on these issues in Lansing. The eyes of the nation are on Grand Rapids. Let us deliver our best selves to this moment. This is the best way to honor the precious life of Mr. Lyoya and change systems to better serve us.”

“I am outraged and heartbroken by the death of Patrick Lyoya, who was fatally shot by police last week. I extend my deepest condolences to his family as they grapple with this tragic loss, and join our community in mourning him,” Brinks wrote in a statement. “Our community is rightfully demanding an accurate and full investigation. I urge all involved to proceed transparently and with sensitivity to the urgency and pain our community is feeling.

The state senator said she has been in touch with local faith leaders.

“I have been in touch with local faith leaders and others to offer my support and will continue to stay in contact with them as we work through this together,” Brinks continued in the statement. “Finally, we must work toward effective public safety that serves everyone in our communities so tragedies like these do not continue to happen.”