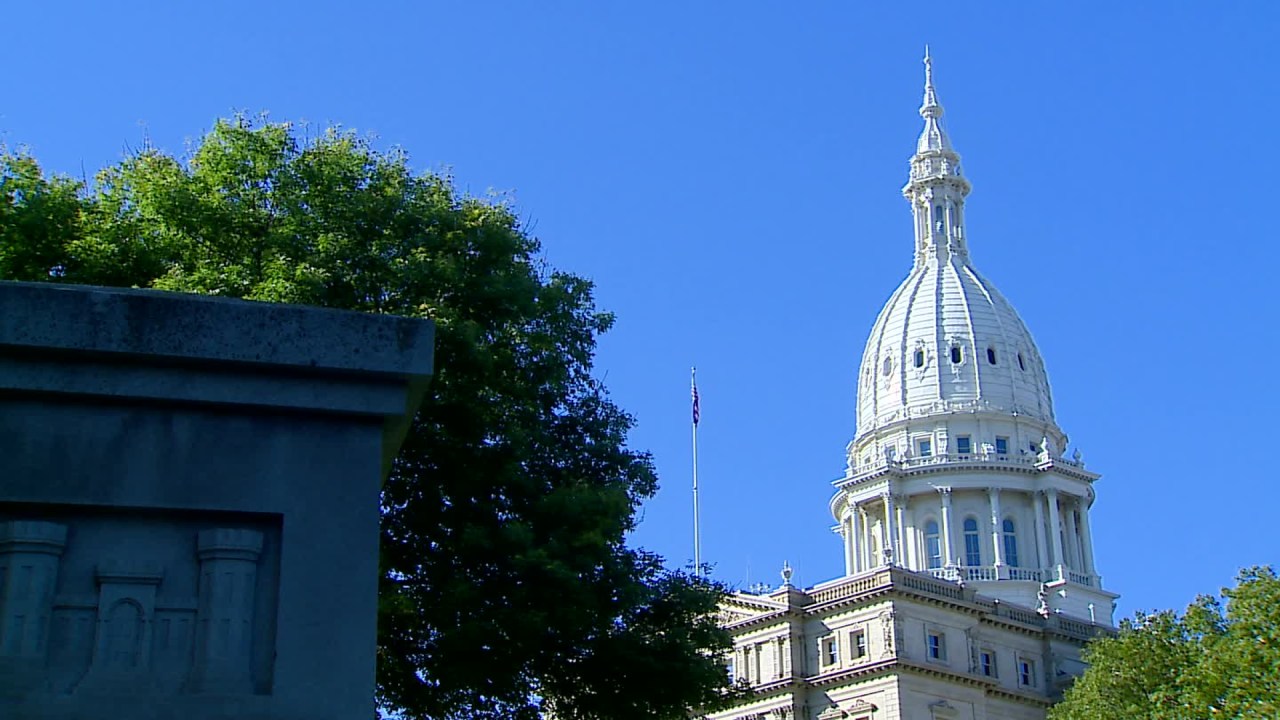 LANSING, Mich. (WOOD) — The Supreme Court of the United States will unveil its decision on a key abortion case by Friday, which may overturn the landmark 1973 Roe v. Wade case that legalized abortion nationwide.

If the court’s decision on Dobbs v. Jackson Women’s Health Organization reflects the draft majority opinion leaked earlier this year, it will immediately ban abortion in 23 states through trigger laws passed after or statues established before Roe v. Wade.

Michigan is one of the states with an anti-abortion law on the books pre-dating Roe v. Wade. The 1931 law classifies administering drugs to induce a miscarriage as a misdemeanor if that act was not necessary to preserve the life of the pregnant woman.

Now a state representative from West Michigan wants to take the law a step further, targeting people who provide abortions and drugs that trigger a miscarriage, except in a medical emergency in which the pregnant woman’s life is in danger.

Republican Rep. Steve Carra of Three Rivers introduced an amendment Wednesday that would make manufacturing, distributing, prescribing, dispensing, selling or transferring drugs that cause miscarriages “for the purpose of an abortion” a felony punishable by up to 20 years in prison. Under the current 1931 law, this is considered a misdemeanor.

House Bill 6270 would also make purposely performing an abortion on a pregnant woman whose life is not at risk from the pregnancy a felony punishable by up to 10 years in prison and a $100,000 fine. The 1931 law already states such an act is a felony, but does not specify a punishment.

HB 6270 states it does not authorize “charging or convicting a woman with any criminal offense in the death of her own unborn child.”

Gov. Whitmer responded to HB 6270 Wednesday, calling it “disturbing” in a video statement sent to NBC Flint affiliate WEYI. She also sat down with NBC reporter Dasha Burns in Grand Rapids to talk about the impact of Roe v. Wade on women in Michigan and what she’ll do if the Supreme Court overturns the landmark ruling.

“Our case that is before the Michigan Supreme Court will have that much more need to be decided quickly. And so we will continue to try to push the (Michigan) Supreme Court to move fast. We’ve got work that we’re doing across state government where different agencies interface with women in their health care, making sure that we’re doing everything we can to support women, level any barriers to access to reproductive health care. So there will be continued work that we’ve already started, but it’ll just be that much more urgent that our (state) supreme court takes action,” Whitmer said.

Michigan HB 6270 moves on to the House Judiciary Committee for consideration.