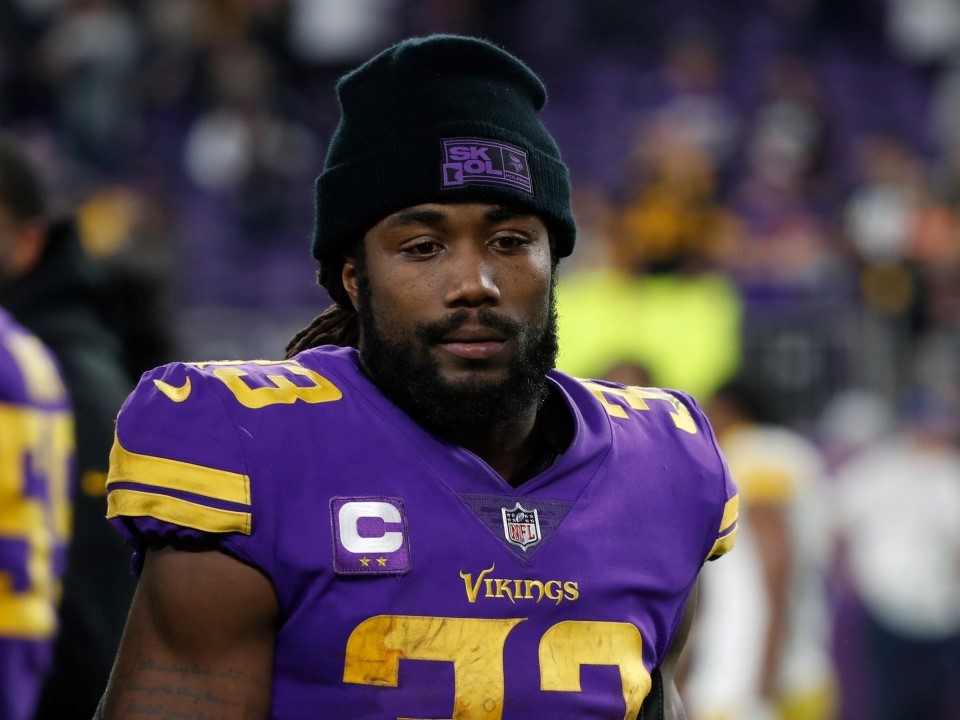 Vikings star Dalvin Cook promised his late father that he was going to make the switch.

If the NFL ever allowed running backs to wear single-digit jersey numbers, Cook, who has become synonymous with No. 33 throughout his NFL career, vowed to continue the family tradition and rock No. 4 once again.

There was one big problem last season when the NFL finally loosened its restrictions.

“They tried to take my money from me,” Cook said with a smile on Tuesday at TCO Performance Center in Eagan.

As much as the No. 4 holds significance for Cook and his family, he wasn’t about to pay the estimated $1.2 million it was going to cost to buy out the remaining inventory of his No. 33 jerseys. He decided to play last season in his old jersey number before officially making the switch this season.

“That number means a lot to me,” Cook said. “I started playing football because of my older brother. He wore No. 4, and he was like and hero in my eyes when I seen him play football. I tried to carry the legacy on because he switched sports and started playing basketball.”

Whether it was manhandling opponents at Miami Central High School, or flourishing in college ball at Florida State, Cook wore the No. 4 proudly during his rise up the ranks.

While it might sound silly to some, Cook feels like he’s going to produce at an even higher level now that he can wear that jersey number in the NFL.

“Mentally, I’m better in that number,” said Cook, who has topped 1,000 yards rushing in back-to-back-to-back seasons with the Vikings. “You’re going to see something special.”

In that same breath, Cook acknowledged that he’s going to have to work hard to make good on that promise.

“It just don’t come with putting the number on,” he said. “It comes with putting the work in each and every day, trusting the process that we’ve got going on around here, and going on the attack every day and bringing the energy. Just being me. Not being nothing else except being No. 4.”

Asked about the switch, receiver Justin Jefferson noted how Cook’s nickname in the Vikings locker room is literally his new jersey number. Though many have started to refer to him as “The Chef” throughout his NFL career, Cook has been known simply as “Four” for most of his life.

“I feel like that No. 4 gives him that extra confidence,” Jefferson said. “He’s just feeling comfortable in that number, so I’m definitely excited to see him in it.”

“It’ll be good to see him flying around with that number on,” receiver Adam Thielen added. “I’m sure he’ll be the same old Dalvin.”

While family tradition started with his older brother back in the day, Cook is thrilled he finally gets to carry it on at the highest level.

“He’s the reason I started playing football,” Cook said. “I seen him with that number making plays and said, ‘That’s the number I’m going to wear for the rest of my life.’ Unfortunately, when I got here, I couldn’t. Now is my time. It’s here now.”