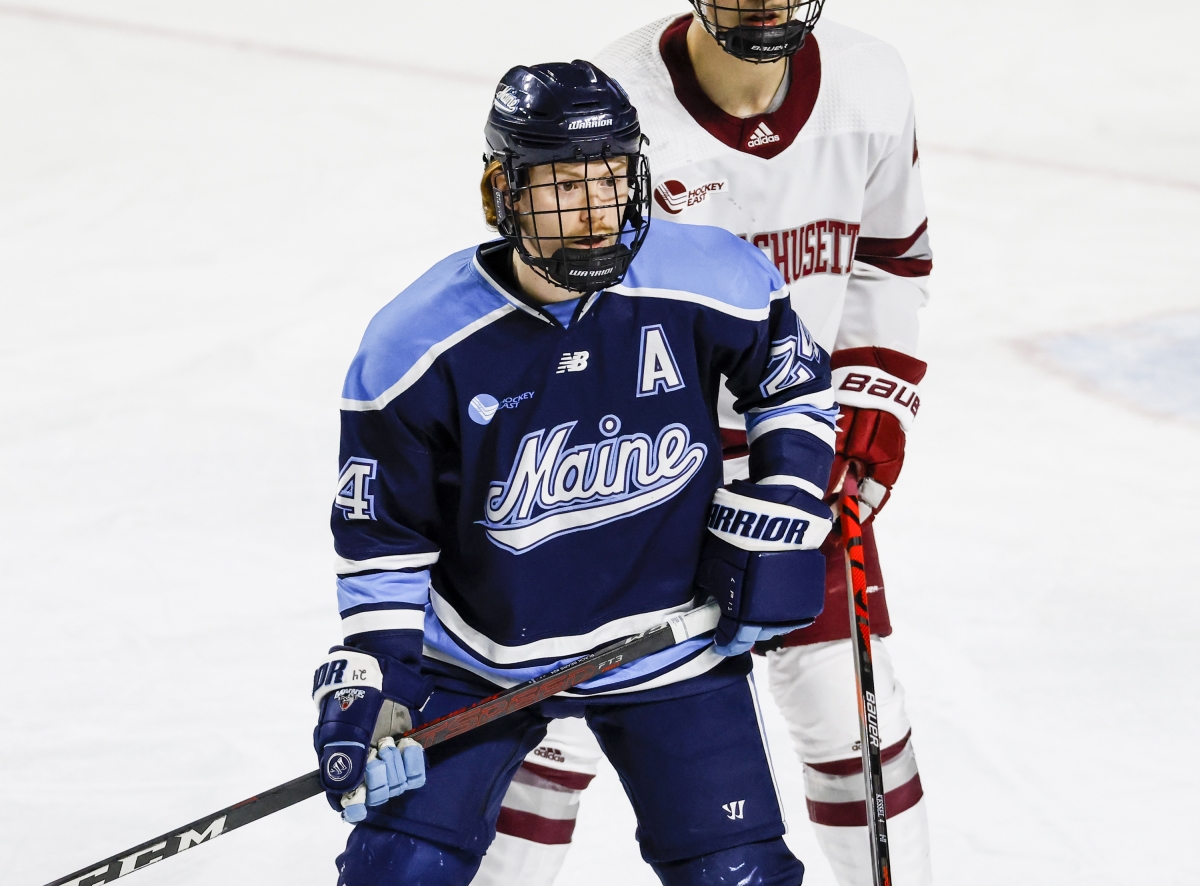 University of Maine senior Adam Dawe, who played both center and wing during his four years with the Black Bears, will play for Hockey East rival UConn next season.

He has another year of eligibility because the NCAA supplied all of its student-athletes with an eligibility waiver for the 2020-21 school year dominated by COVID-19.

Dawe concluded his 95-game UMaine career with 21 goals and 31 assists for 52 points.

“Thank you Orono for the past four years!” Dawe wrote on his Instagram account. “It’s been a great ride and I’ve met some great people along the way.

“I’m excited to play my 5th and final year of college hockey at the University of Connecticut.”

Dawe, who was the team’s leading scorer in the shortened 2020-21 season with five goals and nine assists for 14 points in 16 games, slumped this season under first-year head coach Ben Barr although his year was also marred by sickness and injury, including a concussion.

Dawe finished as the team’s ninth-leading point-producer with 11 points on six goals and five assists in 28 contests.

The 5-foot-8, 161-pound native of Gander, Newfoundland will join a UConn program that is losing five of its top 10 point producers off a team that reached the Hockey East semifinals and championship game for the first time in the program’s eight-year existence in the division.

UConn wound up 20-16 overall and 14-10 in Hockey East, which earned the Huskies a fifth-place finish.

The Huskies knocked off Boston University 3-1 in the quarterfinals and Northeastern 4-1 in the semis before losing to defending NCAA champ UMass 2-1 in overtime in the championship game.

UMaine went 7-22-4 this season and 5-17-2 in Hockey East. The Black Bears finished last and were ousted in the first round of the playoffs by No. 6 Merrimack 6-2.