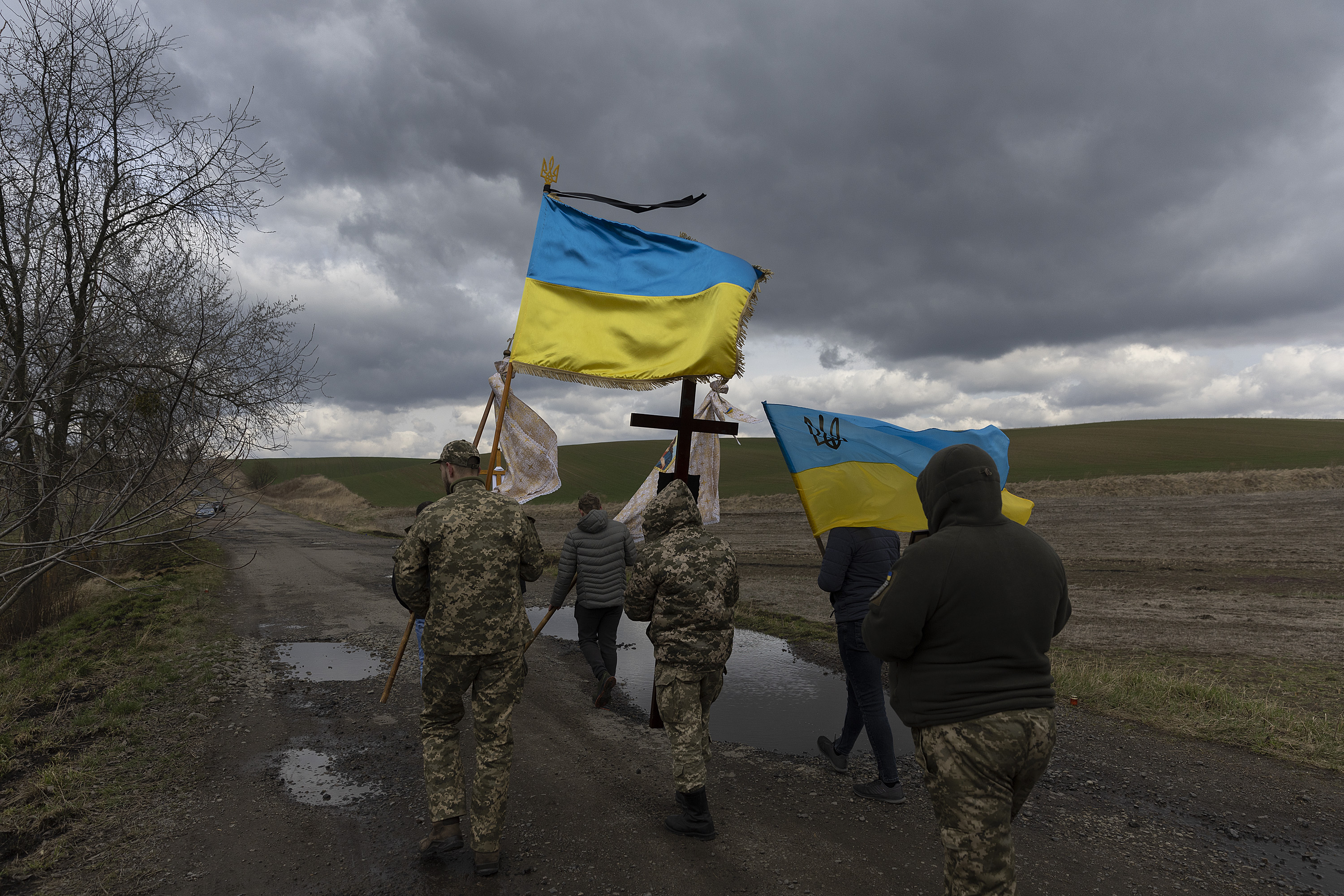 At least two Russians soldiers were killed and dozens more were injured after Ukrainian civilians allegedly gave them poisoned cakes and alcohol near Kharkiv, according to Ukrainian intelligence officials.

Ukraine’s Main Directorate of Intelligence posted on Facebook Saturday that two troops died and 28 were placed in intensive care after being fed the poisoned cakes in the city of Izium. Roughly 500 additional Russian soldiers were hospitalized due to heavy alcohol poisoning of an “unknown origin,” the post added.

The troops were from the 3rd Russian Motor Rifle Division, according to Ukrainian officials. The post said the Russian government is reportedly writing off the incident as “non-combat losses.”

The current health status of those who have been hospitalized is currently unknown.

Newsweek reached out to Russia’s foreign ministry for additional comment and will update this story with any responses.

Since Russia first invaded Ukraine on February 24, there have been several stories of Ukrainian civilians taking up arms or using other means to subdue enemy troops. Early on, Ukraine’s government urged citizens to train for necessary combat and make Molotov cocktails. In one instance, a local brewer in Lviv completely switched from producing beer to creating the homemade flammable bombs.

Other videos have captured Ukrainian civilians confronting armed soldiers, or standing in front of Russian tanks in an effort to block their advance. Last month, a grandmother in Kyiv claimed to have taken out a Russian drone by throwing a jar of pickled tomatoes at it, Insider reported.

The country’s fierce resistance has kept Russian troops from successfully capturing any major city. On Saturday, Ukraine’s Deputy Defense Minister announced that the capital Kyiv is now entirely free from Russian troops after more than five weeks fighting in the region.

Nonetheless, Russia’s invasion has lead to widespread destruction of Ukrainian cities and villages, and has forced millions of civilians to flee their homes. The United Nations has reported that over 1,200 Ukrainian civilians have been killed so far, however experts expect the actual number to be much higher.

This weekend, Ukraine’s defense ministry also accused Russian troops of “arbitrarily” executing civilians in the town of Bucha, which is located northwest of Kyiv. Reports have alleged that civilians were shot with their hands tied behind their backs, while corpses were found in yards, cars, and in the streets. According to Human Rights Watch, a global advocacy organization, Russian troops have also reportedly raped and killed women and children.

The United States and other Western officials have condemned Russia’s actions, with several lawmakers calling the allegations “war crimes,” and demanding further sanctions against Moscow.

As fighting extends into its sixth week, delegates from the two nations have yet to agree on conditions for ending the war.