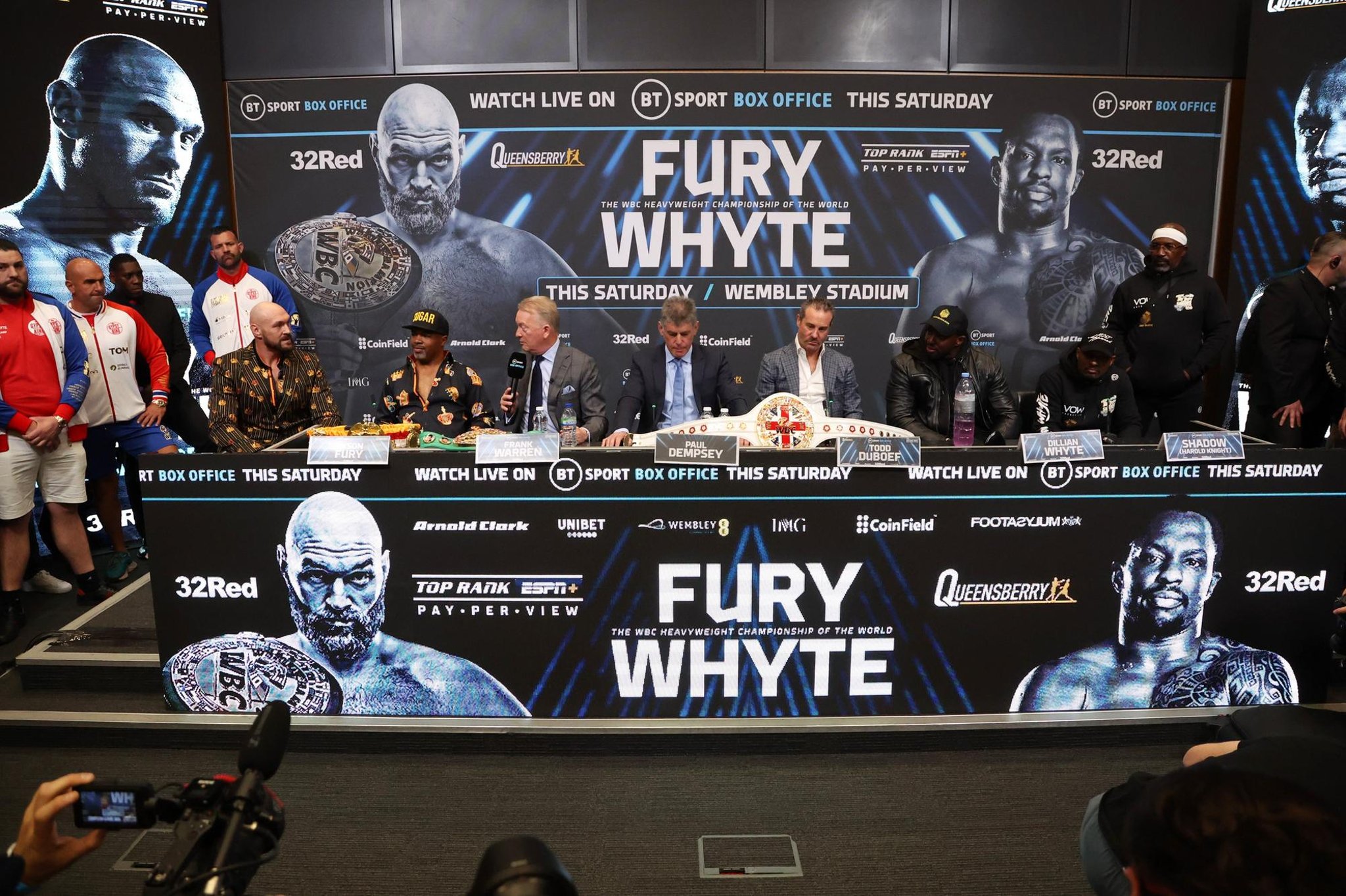 Tyson Fury will make his highly-anticipated homecoming when he defends his WBC heavyweight title against British compatriot Dillian Whyte at Wembley Stadium on Saturday night. More than 90,000 fans are expected to pack into England’s national football stadium for Fury’s first fight on British soil since August 2018, with his last five bouts taking place in the United States.

Fury has reiterated he will retire after Saturday’s world heavyweight title fight with Dillian Whyte and brushed off the latest no-show by the mandatory challenger. Fury’s WBC crown is his to defend in this fight, having championed over Deontay Wilder in their trilogy bout in Las Vegas last October.

Here’s what to expect from the fight and how you can watch from at home in the UK.

Tyson Fury is set to have his first bout on home soil in nearly four years when he defends his World Boxing Council (WBC) heavyweight title in an all-British clash against Dillian Whyte at Wembley Stadium. Photo: Adrian DENNIS / AFP via Getty Images.

Here’s what’s scheduled for the undercard, including a highly-anticipated appearance from Fury’s younger brother Tommy:

What time is Fury vs Whyte?

This heavyweight title fight will take place on Saturday, April 23rd at Wembley Stadium. The undercard action starts from 6pm, with the main event of Fury vs Whyte kicking off with the ring walks from 10pm.

How to watch Tyson Fury vs Dillian Whyte

The fight between two British icons will be broadcasted on BT Sport Box Office in the UK for a cost of £24.95. The coverage will begin from 7pm and continue late into Saturday evening.

BT Sport Box Office is on Sky channel 490, BT channel 494, and in the live events section on Virgin Media. Once purchased, you can also watch the action via livestream on BT Sport’s website and their app.

How to get tickets for Tyson Fury vs Dillian Whyte

Tickets are still available to buy via resale on Ticketmaster, with prices starting from £122.29.