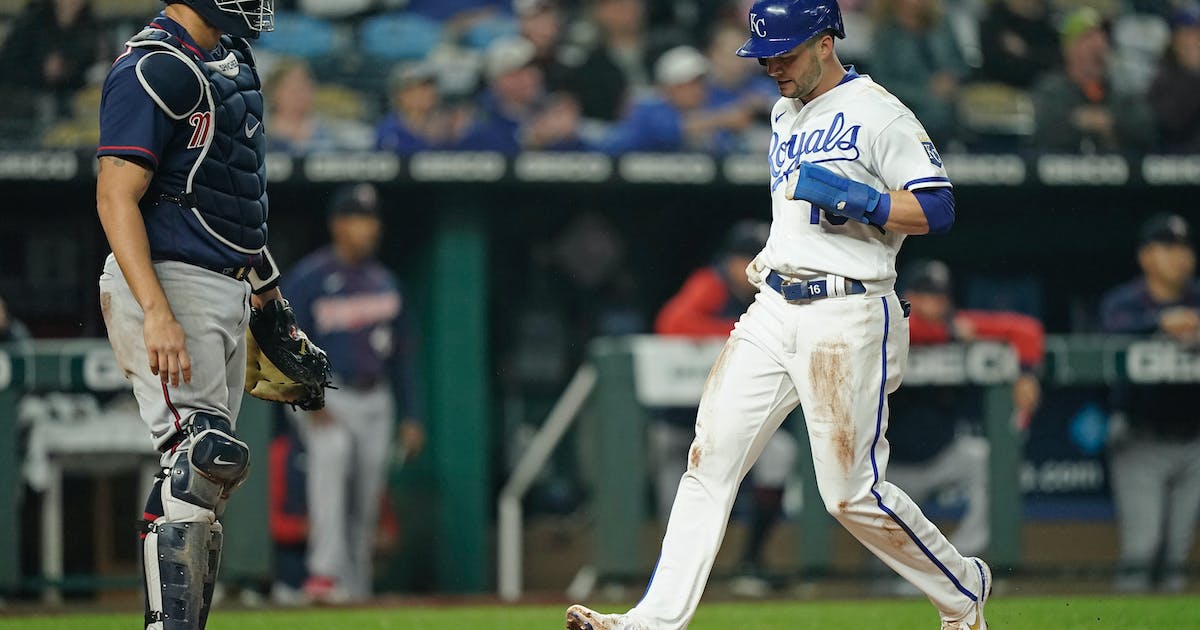 KANSAS CITY, MO. – At some point in the first four innings of the Twins’ eventual 2-0 loss Wednesday against the Royals, starter Chris Paddack turned to his teammates with an appeal.

The requested aid was some run support, which the Twins have mostly been lacking this season. And for Paddack to even issue that small encouragement was somewhat notable, as the 26-year-old doesn’t usually presume to tell hitters how to do a job he doesn’t.

Perhaps the Twins needed more of a bellowing battle cry to really turn things around, as they ended up toppling swiftly — in fewer than 2½ hours, in fact — to Kansas City at Kauffman Stadium, falling to 4-8 while the Royals pulled even at 5-5.

In all, the Twins managed only five hits, all singles, and stranded five men on base. They were 0-for-2 with runners in scoring position.

After the Twins lost 4-3 in the first game of the series Tuesday, manager Rocco Baldelli was optimistic, saying that while the score didn’t end in his team’s favor, he felt good about the at-bats his players created.

That was not the message Wednesday.

“[This] wasn’t one of those days where you could look and see a lot of good. It’s been tough sledding recently,” Baldelli said. “… We didn’t swing the bats well at all. We had some pitches to hit. I think our plan that we went into the game with made a lot of sense against [Royals starter Daniel Lynch]. We didn’t execute our plan up and down the lineup.”

Lynch, a lefthander, pitched five shutout innings, giving up four hits, a walk and two strikeouts. Baldelli said he fielded his righthanded-heavy lineup that has been successful against other lefties in the past, but it seemed like his batters were too into their heads, trying to do too much instead of just stringing some at-bats together. It’s a fatal flaw the Twins have carried for years, being unable to let go of the home-run mentality.

Ryan Jeffers, who was the designated hitter Wednesday, was at a loss trying to reconcile how he feels better than ever this season, yet his numbers aren’t vastly improved. He has four hits, four walks and nine strikeouts in 27 at-bats this season and a .148 batting average. Sometimes, low production is a reflection of strong opposing pitching. But Jeffers didn’t feel like that was an excuse.

“It’s not an arm that we come into the game expecting to shut us out for what, five or six [innings],” Jeffers said. “[Lynch] doesn’t really have the stuff to do that. I mean, you look at the game, he’s a good arm. He’s [got] good velo, got a good slider. But it’s not stuff that you think with the caliber of a lineup that we have that we’re going to get three hits or whatever we got off him. It’s frustrating for a lot of us.”

But Lynch wasn’t the only Royals pitcher the Twins failed to hit, as the bullpen also didn’t surrender a run and held the Twins hitless until Max Kepler had a consolation base hit in the ninth off Scott Barlow.

Paddack, in his five innings, gave up five hits and two runs — a leadoff Whit Merrifield double scoring despite the Twins turning a double play in the first, and Adalberto Mondesi’s perfect bunt in the sixth to score Andrew Benintendi — but struck out four.

With the Twins now two turns through the starting rotation, those pitchers have mostly kept games close. But the offense — and sometimes the bullpen — haven’t consistently completed their duties.

“I want to go out there and hit the ball like I know I can and how I feel, and I think that’s how a lot of us feel,” Jeffers said. “We feel really close. We feel like we’re almost there. It’s just, there’s something right now that’s — I don’t want to say holding us back — but it’s just not happening.

“I think we’ll get there. I don’t think anyone in this locker room is worried, what, 12 games in?”