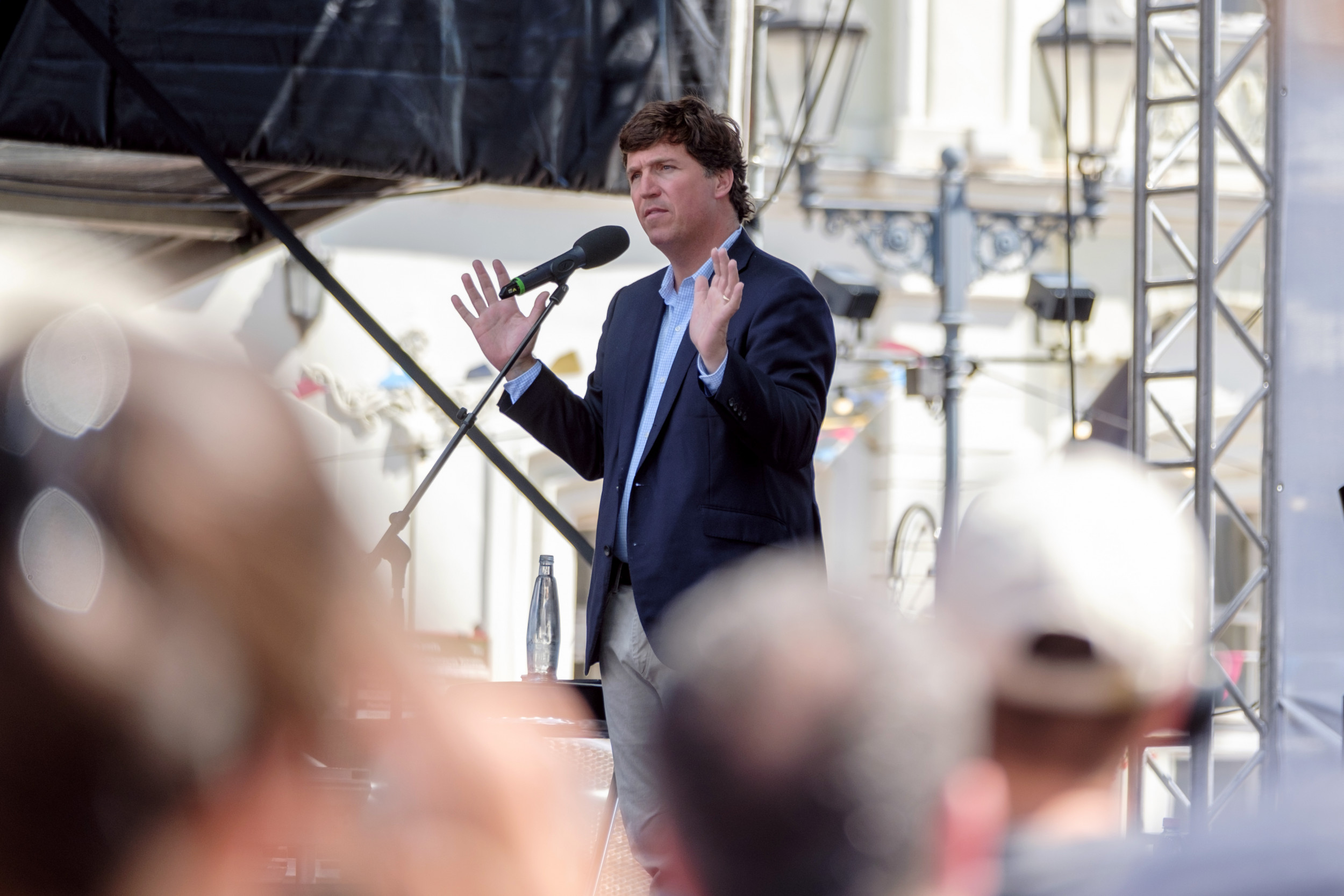 While Hungary’s government faces criticism for growing authoritarianism, it’s a “simple, sweet country with some problems like every country,” according to Fox News personality Tucker Carlson.

Carlson, the host of the network’s top-rated Tucker Carlson Tonight, made the comments Tuesday during an appearance on The Five to promote his new Fox Nation documentary Hungary vs. Soros: The Fight For Civilization.

Under the leadership of right-wing Prime Minister Viktor Orbán, Hungary has drawn criticism from human rights monitors for the government’s restrictions on press freedom, LGBTQ rights, hardline stance on immigration and moves by the governing Fidesz party to consolidate power. Carlson has previously traveled to Hungary where he has reported glowingly on the direction Orbán has taken the country.

Fellow Fox News personality Geraldo Rivera asked Carlson if he wanted the U.S. to be more like Hungary. Rivera noted that Hungary’s voters will face a referendum restricting what can be taught in schools about LGBTQ issues.

“I don’t know if I would say it’s authoritarian,” responded Carlson.

Carlson continued that Hungary hasn’t locked “up hundreds of people without trial in solitary confinement for staging a political protest or trespassing,” an apparent reference to those imprisoned for participating in the January 6 insurrection at the U.S. Capitol. Carlson has downplayed the insurrection and suggested imprisonments stemming from it were politically motivated.

“We did do that, and are still doing it,” he said. “Nothing like that, as far as I know, is happening in Hungary, there are no political prisoners. Orbán could lose by the way in the elections in April, so it’s hardly this monolithic, one-party state.”

A group of 62 members of the European Parliament from various parties called for major election monitors to observe Hungary’s upcoming elections out of concerns they “might not be held to the highest democratic standards,” reports Politico.

Peter Marki-Zay, Hungary’s leading opposition candidate, told Newsweek in October that “these elections are not fair and free at all.”

Fox News personality Jeanine Pirro asked Carlson on The Five if the country was removing or prosecuting George Soros, a Hungarian-born billionaire philanthropist who has been targeted for his funding of progressive causes.

“No, of course not,” responded Carlson.

In 2018, Soros’ Open Society Foundations sued the Hungarian government for a law that curbed the organization’s activities. Carlson said Soros spends lots of money in Hungary trying to change the country’s “internal politics.”

“And the Hungarian government has basically just said out loud, ‘We don’t like this. This is subverting democracy. These are noncitizens, non-Hungarians trying to influence our internal political program,'” he said. “Again, that’s what we would call in this country an attack on democracy.”

Open Society Foundations responded with a statement to Newsweek, saying it had spent over $400 million in Hungary on educational, health care and humanitarian programs since 1984.

“Mr. Soros and the Open Society Foundations have worked for more than 30 years to support vibrant and inclusive democracies whose governments are accountable to the people they serve,” the organization said in a statement. “Mr. Carlson appears to prefer authoritarian rule, state capture of media and the courts, crony corruption and rigged elections.”