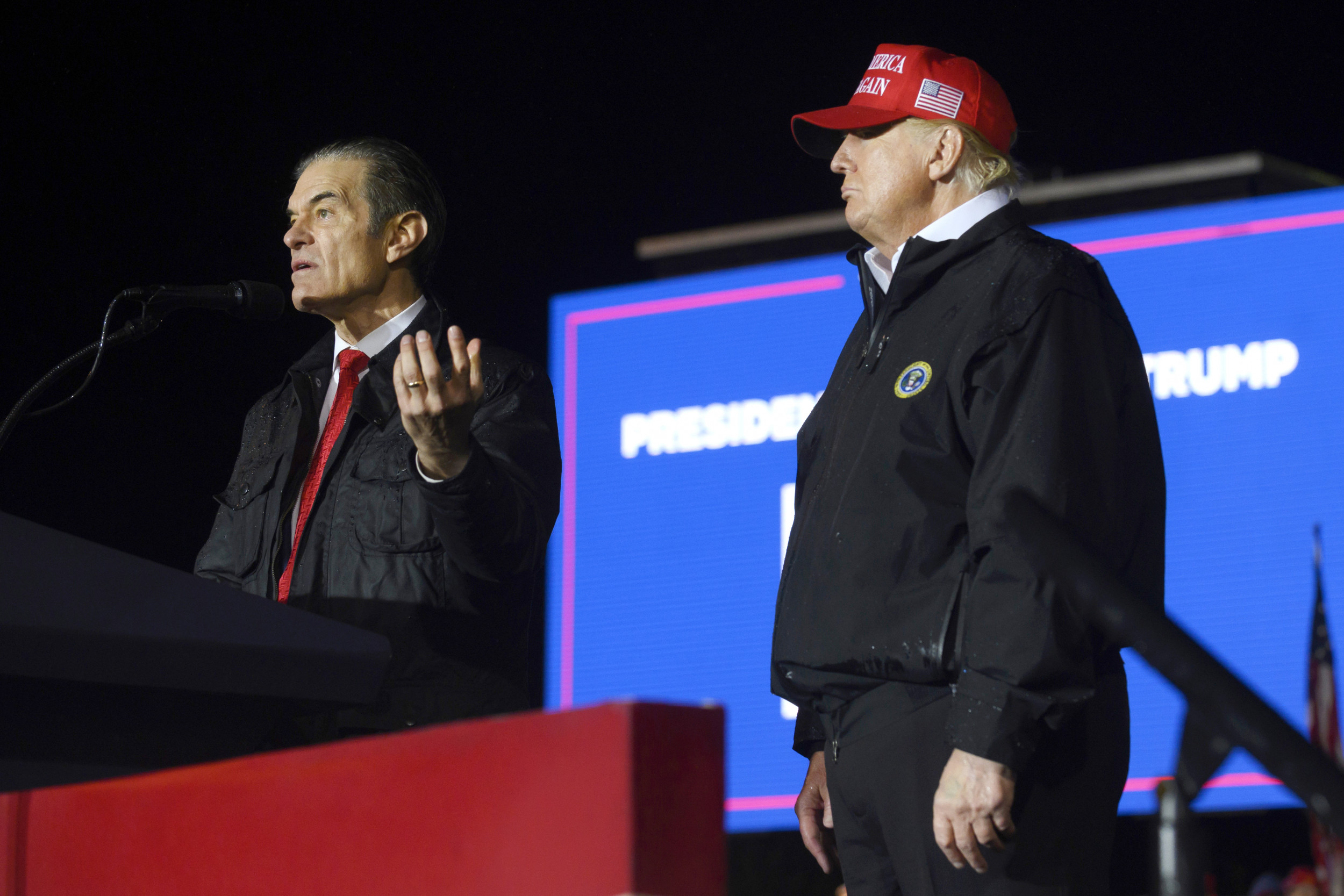 Dr. Mehmet Oz’s modest lead over his Pennsylvania GOP Senate primary foe Dave McCormick is shrinking, as McCormick has filed suit to force the counting of some disputed mail-in ballots.

McCormick picked up a small number of votes, with Oz holding a diminished lead of 992 votes as of Monday evening. McCormick filed a lawsuit on the same night, demanding that mail-in ballots without handwritten dates on exterior envelopes be counted. The developments come after former President Donald Trump, who endorsed Oz and has previously asserted without evidence that mail-in ballots are wrought with massive fraud, suggested that the election could be “rigged” and encouraged Oz to prematurely “declare victory.”

“Every Republican primary vote should be counted, including the votes of Pennsylvania’s active-duty military members who risk their lives to defend our constitutional right to vote,” McCormick campaign spokeswoman Jess Szymanski said in a statement obtained by Newsweek. “When every Republican vote is counted, Dave looks forward to uniting the party and defeating socialist John Fetterman in the fall.”

The McCormick campaign cited two recent court cases that found ballots in Pennsylvania should not be excluded on the sole basis that they lack dates written on the outside of envelopes.

The complaint, which was obtained by Newsweek, argues that the ballots in question “were indisputably returned on time” and that multiple county election boards refusing to count them was “depriving likely thousands of voters of the right to vote.”

McCormick’s chief legal counsel Chuck Cooper said in a statement that “because all ballots are timestamped by the County Boards of Elections on receipt, a voter’s handwritten date is meaningless,” adding that “all timely ballots of qualified Republican voters should be counted.”

In a statement to The Washington Examiner, Oz campaign manager Casey Contres argued that it was “becoming obvious that [McCormick] is likely going to come up short to Dr. Mehmet Oz.” Contres charged that “the McCormick legal team is following the Democrats‘ playbook, a tactic that could have long-term harmful consequences for elections in the Commonwealth of Pennsylvania.”

Trump, who has continued to falsely claim that the 2020 presidential election was “stolen” from him in Pennsylvania and several other states that he lost, refused to consider the possibility that Oz could lose to McCormick shortly after the election took place last week.

In a post to his Truth Social platform, Trump argued that Oz declaring victory before all the votes were counted, as he did in 2020, would make it “much harder for them to cheat with the ballots that they ‘just happened to find.'”

The former president also said in a separate post that that entire U.S. should exclusively adopt “paper ballots, with same day voting,” despite having repeatedly used mail-in ballots when voting himself.

Newsweek reached out to the Oz campaign for comment.