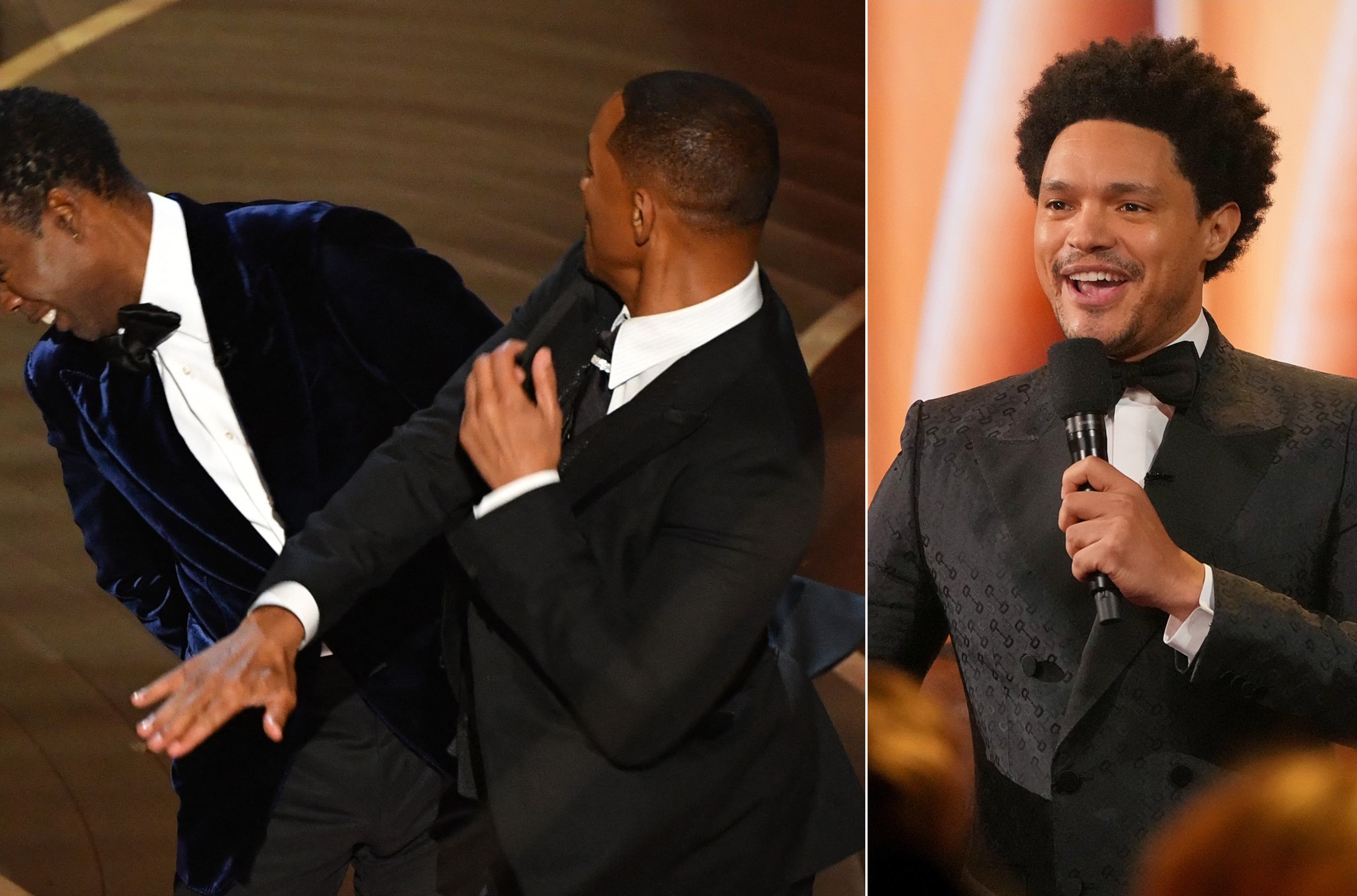 Most people figured that 2022 Grammy Awards host Trevor Noah would make a reference to Will Smith’s Oscars slap of Chris Rock during his opening monologue.

The comedian and host of The Daily Show made a number of light-hearted jokes while opening the 64th Annual Grammy Awards on Sunday night. He almost made it the whole way through without mentioning the infamous Oscars moment, but he made a subtly when he told the audience they’re going to be “keeping people’s names” out of their mouths.

Will Smith slapped Chris Rock onstage at the 2022 Academy Awards last week after Rock made a joke about Jada Pinkett Smith‘s hair. The incident became one of the most talked about awards show moments of all time, so it was almost inevitable that it would be mentioned again during the next major awards ceremony in the entertainment industry.

Noah rattled through a number of innocent jokes about many of this year’s Grammy nominees, which included Billie Eilish and Finneas, Nas and Lil Nas X, and BTS. Just as he was hyping up the crowd for the first performance, he used a phrase which was unmistakably a reference to Smith at the Oscars.

The phrase was used twice by Smith after he had slapped Rock. After returning to his seat, Smith shouted at Rock onstage, “Keep my wife’s name out yo f****** mouth.”

Early on during the 2022 Grammy Awards, Questlove appeared onstage to present the award for Song of the Year. When he first spoke he said to the crowd, “I trust you’ll all stay five hundred feet away from me. I’m just kidding.”

Questlove was involved in last week’s Oscars controversy as Rock was onstage to present the award for Best Documentary Feature, which was won by Questlove’s Summer of Soul. Questlove and the movie also won the 2022 Grammy Award for Best Music Film.

Comedians have been joking about the Smith and Rock slap since the Oscars last Sunday. Saturday Night Live covered it in their latest episode while every late night host offered their own take on the slap the day after the Academy Awards.

Rock has now returned to performing stand up comedy but has yet to fully address the topic. Smith has apologized for his actions and has since resigned from the Academy of Motion Picture Arts and Sciences.