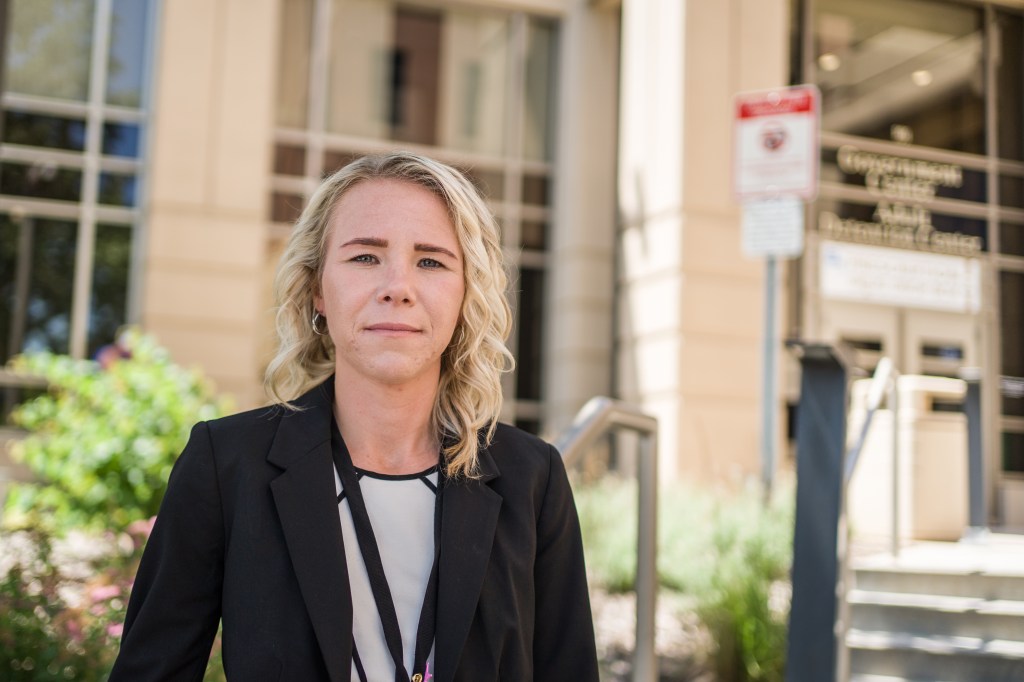 The sentence Pichurin received could have — and maybe should have — been much more severe.

Court documents in his federal case state that throughout approximately a year, Pichurin sexually exploited at least 20 minor girls between 9 and 10 years old, using them to produce child sexual abuse material, CSAM.

The charges brought against Pichurin were the result of a January 2021 search warrant executed by members of the Rochester Police Department following a complaint regarding CSAM.

“What started as a possession case quickly turned to a manufacturing (case) and soliciting a minor to engage in sexual performance case thanks to the dedicated investigators of the Rochester Police Department,” Assistant Olmsted County Attorney Arianna Whitney wrote in an email to the Post Bulletin. “Mr. Pichurin’s cases turned into six referrals to the Olmsted County Attorney’s Office. As the cases progressed and victims were identified, a request was made to the MN United States Attorney’s Office for prosecution.”

Her office also secured a conviction against Pichurin following a plea deal on 10 felony counts of possession of pornographic work. That five-year sentence will run concurrently alongside his federal sentence.

Pichurin’s case isn’t the standard for those convicted of child sexual abuse material, though. Most first-time offenders in Minnesota don’t receive jail time despite law enforcement finding hundreds and sometimes thousands of sexual images of children ranging from newborns to teenagers. The acts depicted range from nude photos to explicit penetration between children and adults.

The United States now accounts for 30 percent of the internet’s CSAM URLs, the worldwide leader, according to an annual report from the Internet Watch Foundation, a United Kingdom-based watchdog of online child sexual abuse.

“It’s a huge problem,” Ostrem said, adding that it’s grossly under investigated due to the huge amount of resources law enforcement needs to even uncover these incidents to begin with.

As of July 2022, his office is handling eight cases involving CSAM and recently secured a conviction where the defendant was sentenced to five years of supervised release and ordered to attend a sex offender program.

Overall, the criminal justice system is more often looking to get individuals convicted of CSAM crimes into a treatment program in order to change their behaviors moving forward.

The Minnesota Department of Corrections ends up often providing some sort of treatment to offenders not in custody for a sex crime.

Of the 8,330 people incarcerated in Minnesota in July 2020, 2,620 of them were in prison for felony level criminal sex conduct or had a history of the offense, according to the MN DOC.

Each incarcerated person goes through an initial assessment to see if they should go into a treatment program, according to Mark Bliven, director of risk assessment and community notification for the Minnesota Department of Corrections, and treatment is metered out to those who are at a higher risk of reoffending.

As of June 2022, the Minnesota Sex Offender Program has 739 clients in treatment facilities, according to the MN DOC.

MN DOC operates according to risk-need-responsive model, which means high-risk sexual offensive candidates get the most intensive treatment. Those deemed likely candidates for civil commitment are sent to the Minnesota Sex Offender Program DOC site in Moose Lake, moderate- to high-risk offenders enter the Sex Offender Treatment Program in Lino Lakes or Rush City. Lower risk individuals are also given direction to Sex Offender Treatment Program but are given lower priority for entry, according to the MN DOC.

According to the DOC, individuals enter a treatment program and receive a detailed psychological assessment. An individualized treatment plan is then developed that addresses these traits such as sexual interests, attitudes and behaviors, antisocial thinking and behavior, self-management skills, substance abuse issues, and concerns related to relationships and social functioning.

“Treatment is tailored to the motivation, learning style, strengths, and weaknesses of each individual, which increases their likelihood of benefiting from treatment,” according to a DOC fact sheet on treatment options.

Those convicted of possessing or distributing child sexual abuse material are often not high-priority cases for intense treatment.

“There are limitations on how many treatment beds we have, so definitely there is going to be a priority level,” Bliven said. “Certainly not everyone who comes to prison then goes through a treatment program.”

Once an offender leaves prison or civil commitment, the DOC takes on a supervisory role, ensuring offenders are compliant with their treatment provided by private treatment institutions.

Getting that treatment paid for is a barrier, according to Ronda Disch, executive director of Alpha Emergence Behavioral Health, which provides outpatient and inpatient treatment for people who have problematic sexual behavior or have committed a sex crime.

The DOC provides around $2.5 million which over 40 providers in the state split for community sex offender treatment, according to Disch, who added that insurance often won’t pay for treatment for offenders convicted of a CSAM crime because the Diagnostic and Statistical Manual of Mental Disorders does not list a specific disorder for it.

“The DSM says that there are diagnoses, such as pedophilia, which somebody that’s viewing child sex abuse images may fit into that diagnosis, but rarely do they or it’s compulsive sexual behavior,” Disch said.

What this means is that someone may be ordered to go to treatment and they might not get it due to minimal funding from the state, and the hesitance of insurance companies to pay for something that doesn’t have an official diagnosis.

“We talk with (the DOC) frequently, they’re working very hard to get the commissioner of corrections to increase the funding,” she said, adding that funding for treatment hasn’t increased since 2018. From 2007 to 2018, funding was set at $2.4 million, before 2007 it was $1.4 million.

“In 2007, it was serving 952 clients and today, 2,052 clients are being served by that grant money,” Disch said. “That 2,052 just represents the people that are getting funding, there are more clients that could use the funding that simply aren’t getting it and don’t qualify for it because the threshold has to be pretty high for them to get the DOC funding because there’s so little.”

In order to qualify, someone has to be convicted of sex crime, have no insurance and no way of paying out of pocket before getting those grants, according to Disch.

“All these guys that are dealing with pornography addiction, that are kind of going down that path but aren’t there yet, they can’t access any of these (funds),” Disch said.

The effects on survivors of sexual assault can be life altering, especially when evidence of their assault has been posted on the internet.

“(There’s) a much greater risk of post traumatic stress disorder,” Dr. Arne Graff, pediatrician at Mayo Clinic Center for Safe and Healthy Children and Adolescents said. This includes an increased risk of suicide among those survivors of sexual assault.

Graff, who mostly deals with teenagers, said that some survivors think that telling someone about their assault might get the child in trouble. This is often why authorities might see a delay in reporting that can sometimes stretch for years.

“By the time we see them, many times, they have symptoms of PTSD or suicide risk, suicidal thoughts and self harm are already present and need to be sorted out,” Graff said.

It’s important for survivors of sexual assault to know they didn’t do anything wrong, according to Graff.

“Virtually 100 percent of the people I take care of or have taken care of who were victims involving child pornography, their pictures being put on the internet, they all ask ‘Can we take it off?’ and unfortunately, the answer is no because it will be there forever,” Graff said.

“There’s a special subset of people that go from viewing child pornography to actually physically touching and molesting or abusing a child,” Disch said. “The correlation is not as direct as people think, and people view child pornography without being attracted to children.”

Disch would like to see a humanistic approach to viewing those convicted of CSAM crimes as people.

“I think it’s really unfair and I get why people can’t seek help because they’re just afraid of being viewed that way,” she said.
Minnesota Sen. Carla Nelson, R-Rochester, said the Minnesota Legislature recently increased penalties related to CSAM.

Disch asks for more funding and a better understanding of what led offenders to this place while police and prosecutors, also asking for more funding, focus on what the legislatures have allowed them to do through Minnesota statute.

“We just need somebody to care about it, to take it forward,” Ostrem said. “We’ve had some really gross cases here and it can be incredibly frustrating to put your heart and soul into a case and then the person basically gets probation.”

Minnesota BCA Superintendent Drew Evans said the BCA and law enforcement in general has the expertise in place to pursue these individuals but that he’s alarmed at the significant level of child sexual abuse material that’s out there.

Unless caught in the criminal justice system and convicted of a horrific sex crime, offenders or those seeking help prior to a conviction face barriers, both fiscal and societal, in that search.

If you or anyone you know is a victim of CSAM or sexual assault, you can contact the NCMEC cyber tipline at 1-800-843-5678 or contact your local law enforcement agency.