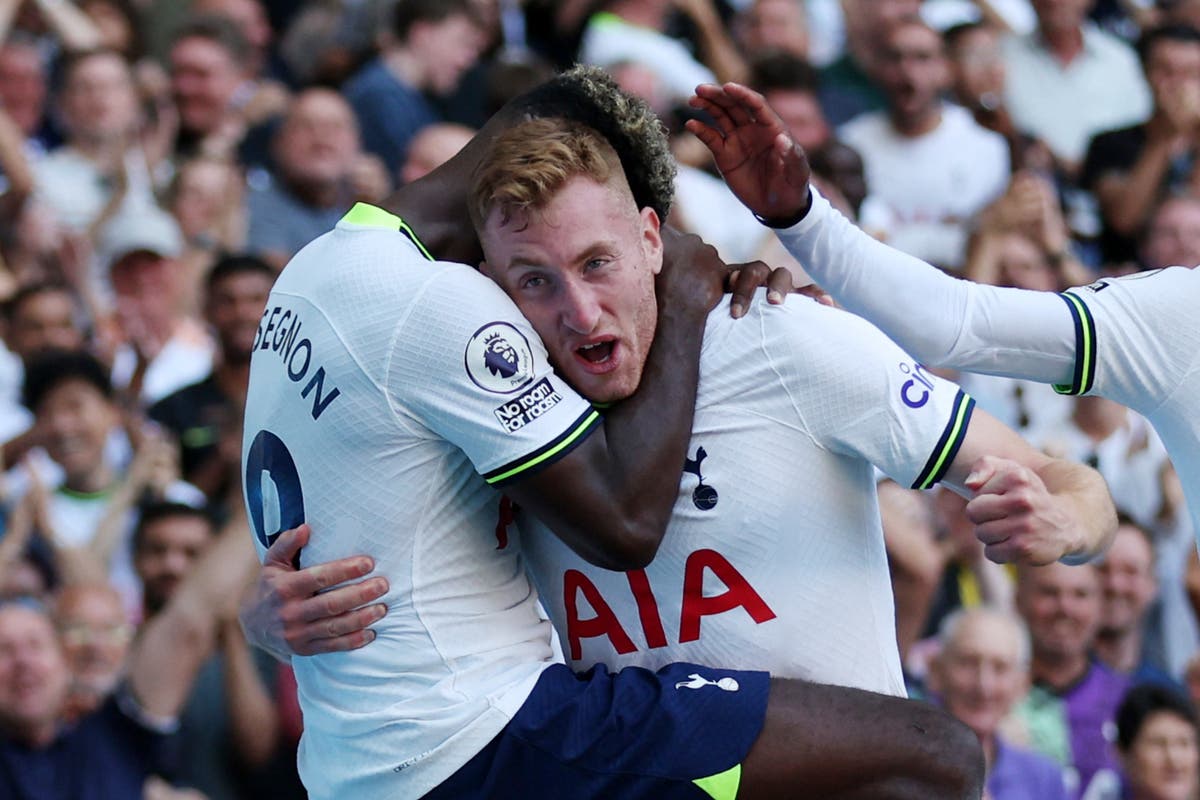 The quality of the Swedish international helped Spurs respond quickly after going behind early on against the Saints with his fine left-footed cross able to pick out Ryan Sessegnon, who headed home the equaliser in the 21st minute.

Kulusevski continued to be tormentor in chief for the visitors throughout and concluded the scoring in the capital with a wonderful curled effort after 63 minutes to follow up Eric Dier’s first-half header and a Mohammed Salisu own-goal.

Boss Antonio Conte decided against starting any of the club’s six summer signings but the increased competition for places already appears to have had an impact.

“All my goals come from this area, or three or four metres back. I have to keep scoring these but also keep evolving my game and score different goals,” Kulusevski told Spurs TV.

“The players that came in are amazing, I think they will help us a lot and it is very important all 20 players are ready to play.

“For me, I have to grow. I have to get better in every way. I want to become a better football player so I have got to keep listening to my fantastic coach, be humble and keep living my dream.”

January arrival Kulusevski was a big reason behind Spurs’ strong finish to the 2021-22 season where victory at Norwich on the final day of the campaign earned fourth spot and qualification for the Champions League.

The Juventus loanee grabbed his sixth goal for the club in the emphatic win but the excitement and anticipation around N17 had briefly been halted when Saints skipper James Ward-Prowse fired the visitors ahead after 12 minutes.

Kulusevski said during his flash TV interview: “We are very pleased. It wasn’t an easy game, going behind at home isn’t nice but after we scored we could have scored a lot more.

“I love how this team is playing because we create a lot of chances and the fans are enjoying it. I like playing and I’ve missed playing. It is so nice to be back in front of the fans and the family and I really enjoyed it.”