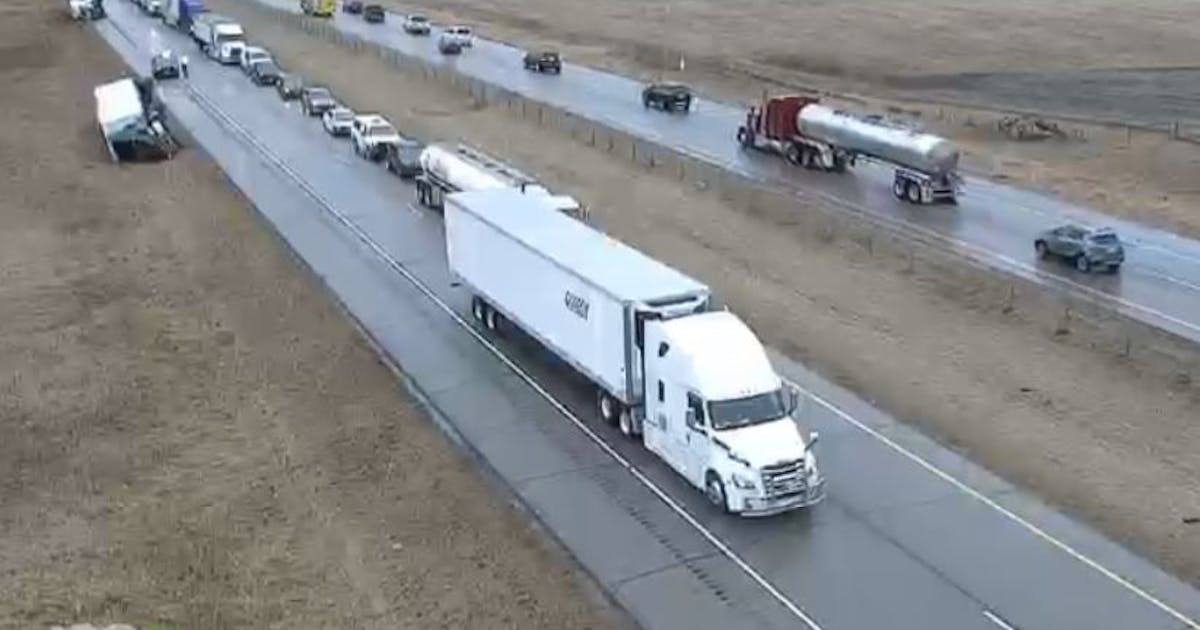 The National Weather Service reported that a line of storms moving northeast from Iowa produced tornadoes in Mower and Fillmore counties just before 11 p.m. Tuesday.

Radar showed tornadic activity near LeRoy and Adams moving northeast past Grand Meadow and Spring Valley toward Fillmore and Winona County at about 11:30 p.m. Tornadoes were also reportedly moving into the southeastern part of Fillmore County around the same time.

Radar confirmed a tornado near Spring Valley and in nearby Riceville, Iowa.

Earlier Tuesday, strong winds from a storm that moved through the Faribault area toppled nine semitrailer trucks on Interstate 35.

A line of severe thunderstorms from Owatonna to Morristown traveled through south central Minnesota just before 8 p.m.

The NWS issued a tornado warning for northern Iowa after a tornado was spotted 10 miles south of Britt shortly after 7:30 p.m.

On Tuesday afternoon, the northbound lanes were closed between Faribault Road and the Medford exit for about an hour after the fierce winds struck and downed semis around 2 p.m., the Minnesota Department of Transportation said.

The lanes reopened just after 3 p.m. Southbound lanes remained open throughout the incident.

No injuries were reported from any of the nine semis that tipped over, according to Sgt. Troy Christianson of the Minnesota State Patrol.

Winds between 40 and 45 mph accompanied a severe thunderstorm in the area at the time, but gusts could have been higher, said Brent Hewitt, a meteorologist with the National Weather Service in Chanhassen.

Images from Minnesota Transportation Department cameras in the area showed the nine big rigs on their side, along with numerous crashes.

The strong easterly winds with heavy rain and hail were associated with a moisture surge setting the stage for potentially dangerous weather Tuesday night, Hewitt said.

An enhanced risk of severe weather between 6 and 11 p.m. was in effect for southern Minnesota from Mankato southward and along the I-90 corridor, where there could be tornadoes, Hewitt said.

At 3 p.m., a storm producing hail 1 inch in diameter was reported northwest of Winona in southeastern Minnesota and was moving into Wisconsin.