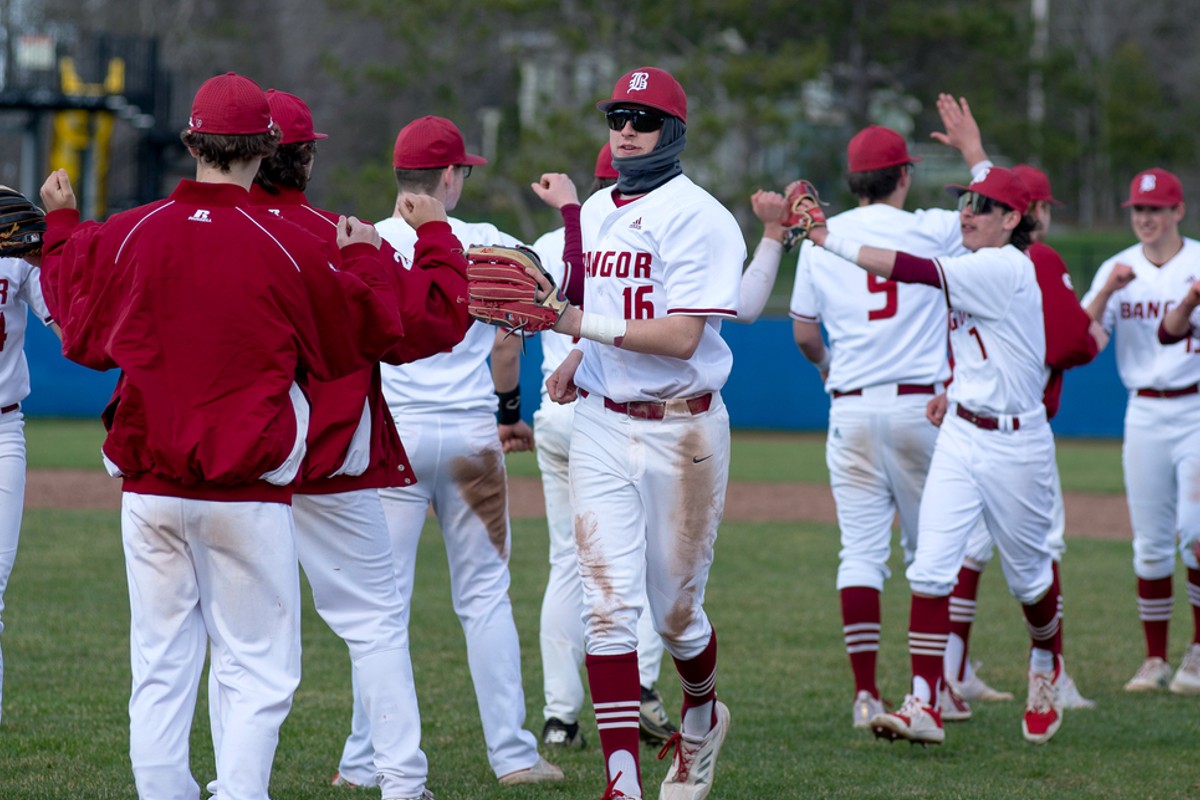 Defending regional champion Bangor High School looked all the part of a top-seeded team as the Rams powered past No. 9 Skowhegan 10-0 in a Class A North quarterfinal that required just 4 ½ innings due to the 10-run rule at Mansfield Stadium late Friday afternoon.

Strong pitching, offense and defense all were in play as coach Dave Morris’ club secured its eighth straight victory and improved its record to 16-1.

Senior lefthander Colton Trisch yielded just two hits while striking out nine batters and walking two over his five innings of work on the mound and was backed by errorless defense as he improved his pitching record this spring to 8-0.

Seven different Bangor players contributed at least one hit to a 10-hit offense, and the Rams  batted around in both the second and third innings when they amassed all of their runs and hits.

Pivotal play: Bangor took a 1-0 lead in the bottom of the second when Hand hit a leadoff triple to the left-center field gap and scored on Braydon Caron’s sacrifice fly to center field.

Skowhegan righthander Jackson Quinn struck out the next batter and nearly escaped the inning without further damage until after back-to-back infield errors by the River Hawks and an infield hit by Trisch brought up senior shortstop Keegan Cyr with the bases loaded and two outs.

Cyr worked Quinn to a full count, then lined a two-run single to left field that drove home Max Clark and Ben Caron and turned a modest rally into a full-blown uprising. Holmes singled home Trisch to make it 4-0, and with the way Trisch was working on the mound Bangor had taken control of the game.

The Rams then sent 12 batters to the plate in the third inning and scored six runs on six hits, including a two-run single by Trisch, an RBI double to deep center by Hand and a second-straight run-scoring single by Holmes.

Big takeaway: This was a rematch of the 2021 Class A North final won by Bangor 6-2. Friday’s game matched a Bangor team with 12 seniors on its 16-player roster against a Skowhegan team with just two seniors, and the Rams played with a confidence befitting both a veteran team and a defending regional champion with an eye on adding to its championship history.

What’s next: Bangor is set to return to Mansfield Stadium barely 18 hours after Friday’s final  pitch to host No. 5 Messalonskee of Oakland in the semifinals. Messalonskee (11-7) defeated No. 4 Brewer 6-2 in its quarterfinal on Wednesday.

Saturday’s other Class A North semifinal will send No. 7 Edward Little of Auburn to Topsham to face No. 3 Mount Ararat. EL stunned second-seeded Oxford Hills of South Paris 11-6 in its quarterfinal Friday, while Mount Ararat defeated No. 11 Lewiston 10-6.

Skowhegan ends its season with a 9-9 record.