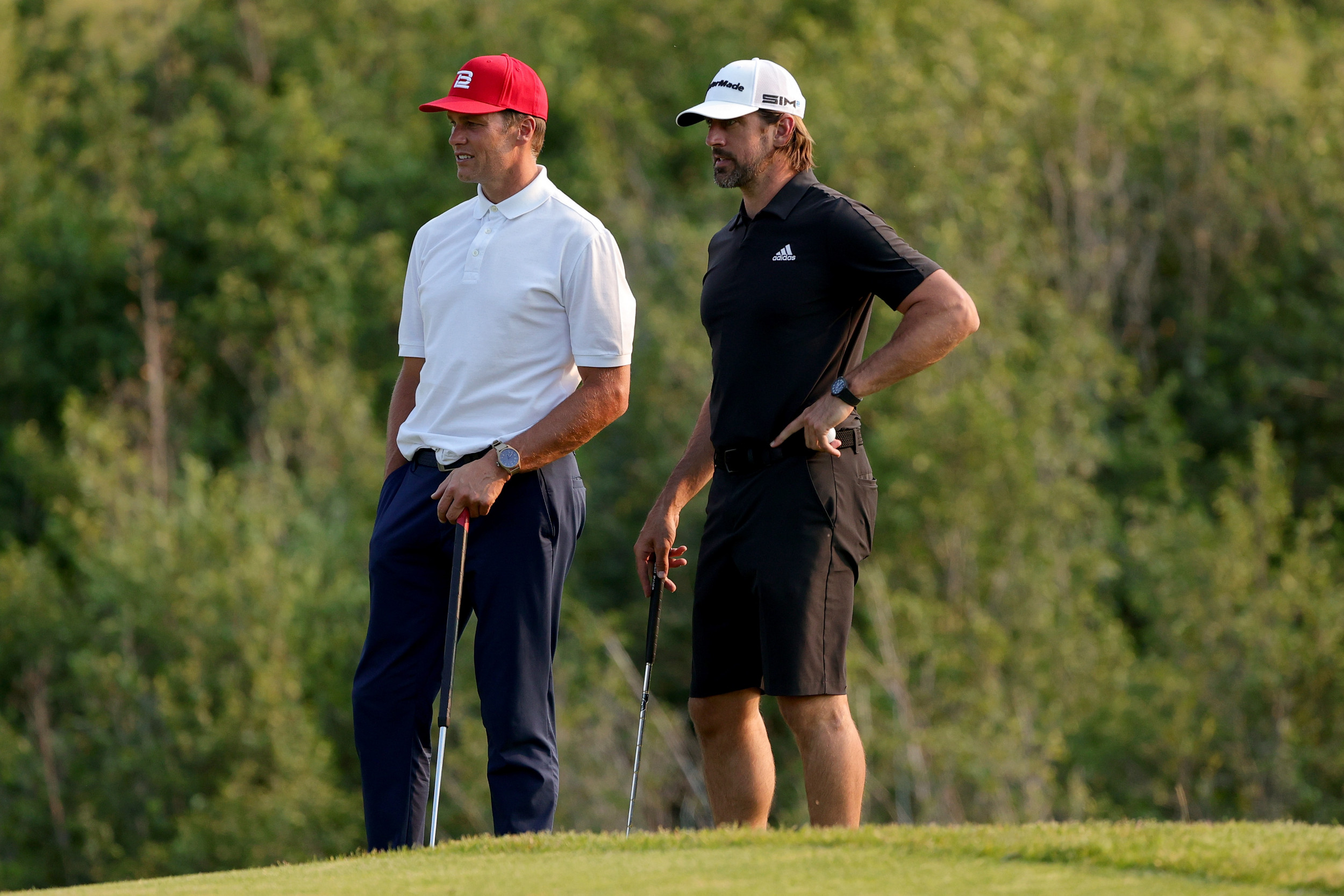 A meeting in next week’s NFC championship game between Aaron Rodgers and Tom Brady for a second straight season seemed almost inevitable before Saturday. Now, neither quarterback will play in the game after both lost at home in the divisional round of the 2021 playoffs.

Talk of their looming retirements is now the hot topic.

Rodgers, 38, said after his loss that he doesn’t want to be a part of a team that’s rebuilding. He said he’ll meet with management soon to talk about it.

“I did not think we’d be talking about this after this game,” Rodgers told reporters Saturday night in frigid Green Bay. “I’m going to take some time and have conversations with the folks around here and then take some time away and make a decision, obviously before free agency or anything kind of gets going on that front.”

Brady, 44, didn’t decisively answer whether or not he would retire once his off-season starts. The seven-time Super Bowl champion and proverbial greatest quarterback of all-time led the Buccaneers from a 27-3 deficit to a 27-27 tie in the last minute of Sunday afternoon’s game. Then the Rams pulled off a miracle in Tamoa.

Many believe Brady will call it a career.

“There’s some uncertainty about whether or not he’ll be back with the Buccaneers in 2022,” NFL Network’s Ian Rapoport said. “From what I understand he has not told the Bucs that he will be back. He’s expected to take some time away following the season, whatever happens, and consider retirement. Is it time for him to step away from the game, take some time with his family and focus on some of the other things he’s doing.”

Brady had perhaps the best season in his 22-year career sans a Super Bowl title. He led the league with 5,316 passing yards (a career high and third-most all-time in NFL history). He had 43 passing touchdowns, and his 485 completions is a single-season record in league history.

As for Rodgers, his arsenal of pass catchers—receivers Davante Adams and Allen Lazard, and tight end Robert Tonyan—are all free agents this offseason. So is cornerback Kevin King. The Packers are already $44 million above the salary cap, so reworking the roster will be imperative. That might not sit well with Rodgers, who reportedly wanted a trade before this season began.

“There’s a lot of decisions to be made. There’s a lot of players whose futures are up in the air,” Rodgers said. “Definitely will be interesting to see which way some of those decisions go. But I’ll have conversations with [Packers GM Brian Gutekunst] the next week or so and get a little more clarity and think about my own future and how much longer I want to keep doing this.”