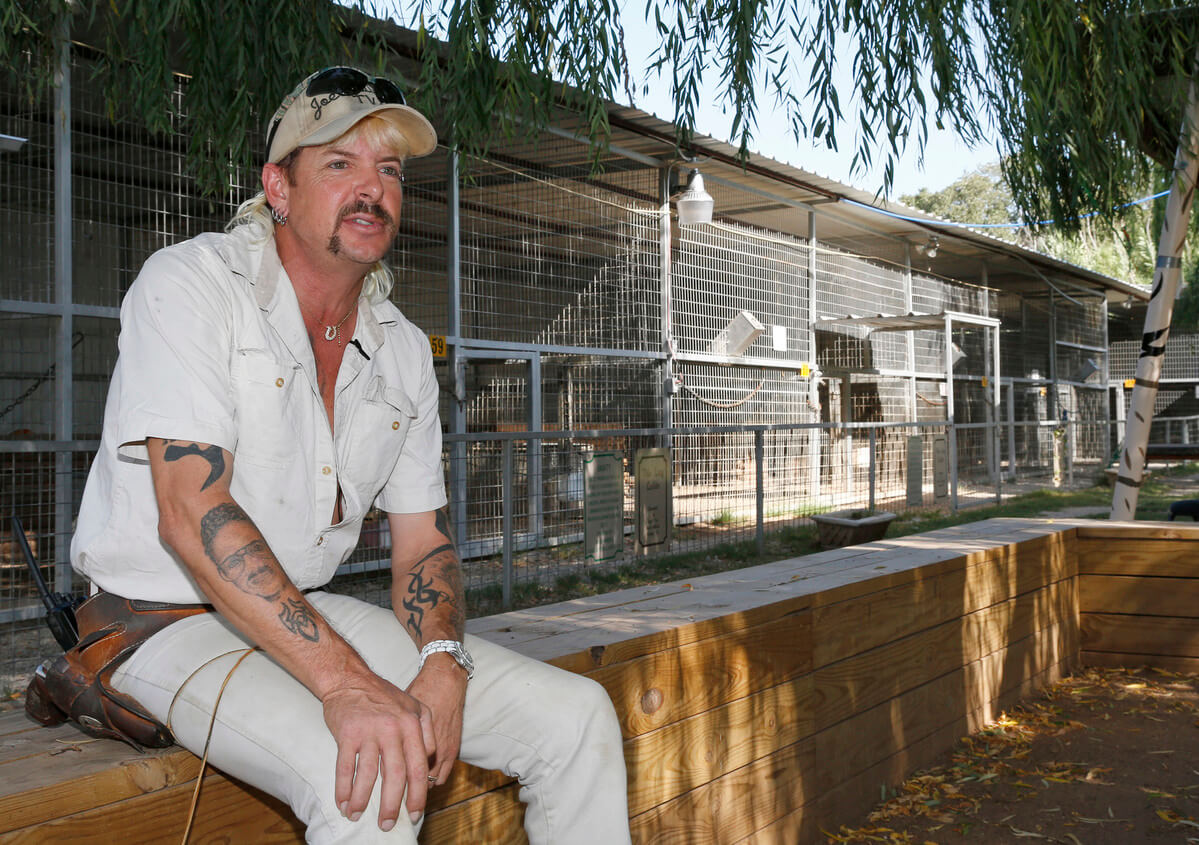 “Tiger King’s” Joe Exotic has filed for divorce from his husband with the hopes of again getting married to a man he met behind bars.

The Netflix star, whose real name is Joseph Maldonado-Passage, is currently serving a 21-year prison sentence for a murder-for-hire case involving Carole Baskins, an animal welfare advocate and his long-time rival.

“Mr. Maldonado-Passage is seeking a divorce from jail because he desires to marry his new love interest, Mr. John Graham whom he met in prison,” his attorney, Autumn Beck Blackledge said in a statement to People.

According to court documents, the 59-year-old Tiger King met his new flame in February 2021, while they were both locked up in FMC Forth Worth in Texas, TMZ reported.

Graham was sentenced in 2012 to more than 12 years in prison on burglary and possession of a firearm. Blackledge has since confirmed he “has recently been released from prison and is not taking interview requests or making comments at this time.”

Maldonado-Passage married his husband Dillon Passage in 2018. He was sentenced to prison time just two years into their union.

While Dillon Passage initially said he would stand by his man, Blackledge said the couple split up more than a year ago. Passage allegedly “failed to serve his husband and did not follow through with obtaining a divorce through the legal system,” she noted.

Maldonado-Passage tried on several occasions to contact Passage, but he was ultimately unsuccessful.

“Joe ‘Exotic’ has tried to obtain information about Mr. Passage and his whereabouts so that the two could enter into what he hopes to be an amicable divorce, but so far, his attempt to get Mr. Passage to contact him have failed,” according to a press release.

“It is the hope of the Tiger King that they can both move on with their lives and divorce quickly and amicably.”

In a statement to People, Passage’s agent, Jeff Duncan, his client “is pleased to get some finality to the divorce.”

“Previously, his attorneys drafted the necessary paperwork on two separate occasions which were not signed by and then ignored by Joe,” Duncan said. “Dillon is happy to get some closure and welcomes progress toward his request for divorce to Joseph Maldonado.”