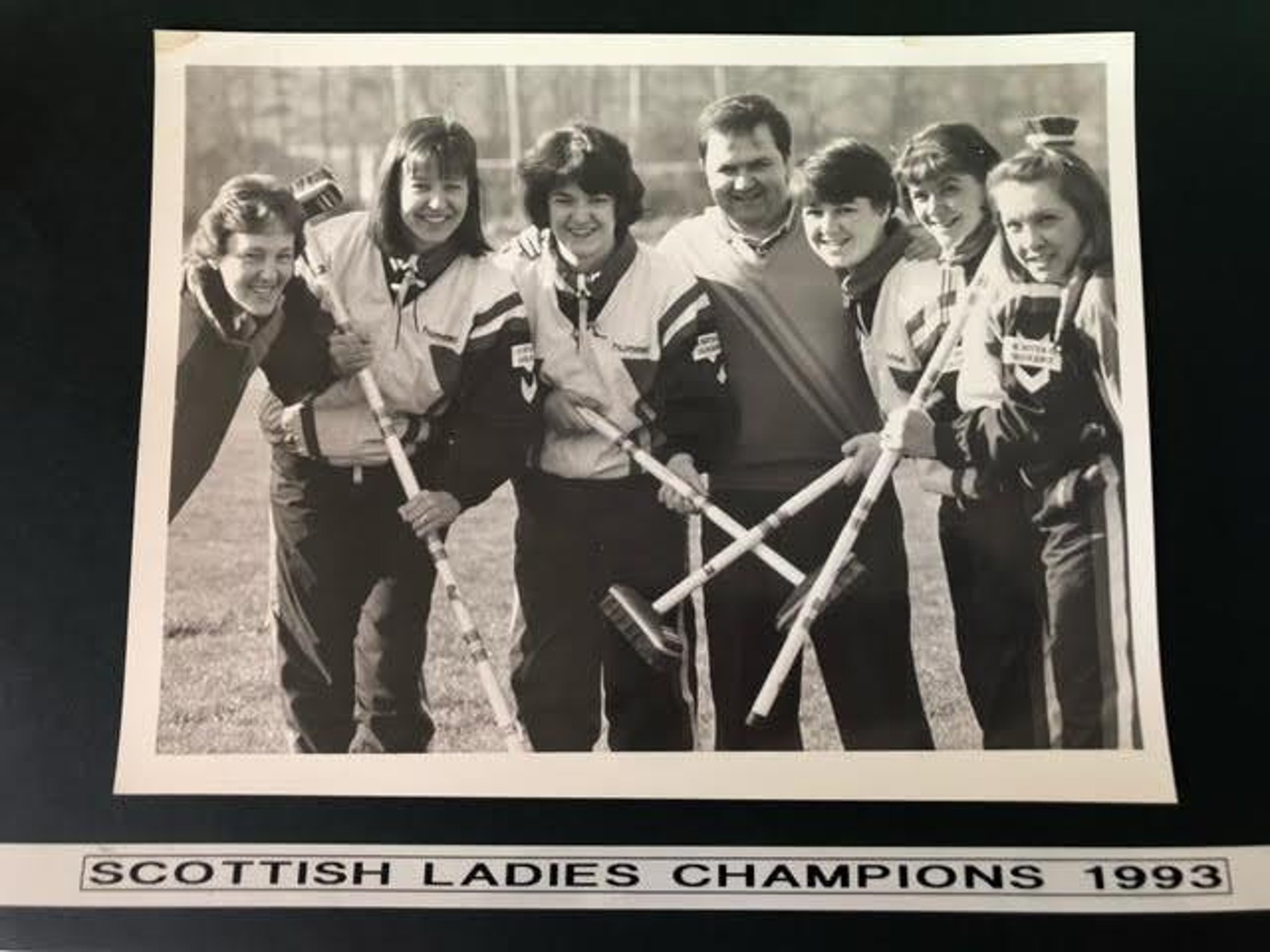 Henry’s brushes were used by champions.

“I worked with my Dad for about five years after my mum passed away and it was an interesting time to say the least,” said Henry’s son Harry. “He was probably the worst businessman you’ve ever met in your life as he never made any money, but he was probably the best brush maker you’d ever met.”

Henry was a general brush maker in the 1950s, but it was after a chance request that he started making his famous curling brushes.

Harry explained: “A woman came to see him who was going on a tour of America and wanted a brush that she could take with her to play curling. Of course, my dad didn’t have a clue what curling was at the time but he said ‘OK, leave it with me’.

Henry’s brushes were used by champions.

“My dad was an absolute perfectionist, so he was trying to work out the best hair to use for curling as there’s so many bristles. He experimented with all different types of hair. Horse hair, for instance, was always very popular, but horse hair was taken from the mane, which is a dead hair, whereas he eventually discovered that hog hair was the best to use.

“He had to go down to Leeds University to do all the research and found that hogs hair was the best because there’s oil at the very top of it that kept it supple, so that was best for using on ice. He came back and experimented and made a brush for the woman, and that was really the first curling brush that he made. She took it over to America and then everyone wanted one, so that’s how it all started.”

At this time Henry was working for a brush company called Morier’s in Govan, but moved to Fergusons in Hillington, which is where the curling brushes were made. But in 1979, Harry set up a business of his own, with a workshop in John Street in the city centre. Eventually he gave that up and started working from a garden shed at the family home in Govan.

Henry’s daughter Pauline said: “My Dad and Mum were dedicated to making the brushes. Mum would decorate them and many a laugh we would have as a family over their curling stories. Dad would spend hours ‘combing’ the brush hair saying ‘if one hair comes out on the ice, the stone will go off in the wrong direction’.”

Memorabilia from the family

Harry added: “Everyone got to know about my Dad, as he was supplying places like Greaves Sports, and places in Edinburgh and Perth, and all over. He thought ‘why don’t we supply the Scottish Championships?’, which ended up happening and what he found was that, the actual Scottish champions were just as excited to get one of those brushes as they were to win, which is kind of strange.”.

When Harry went to work with his father, he had sales experience and after a three-week tour of Canada, which at the time had more than one million curlers, found great demand there. The brushes eventually ended up being exported to Canada, America, Russia, Finland, Australia, New Zealand and Sweden. They also supplied the Swedish Curling Association, and Harry’s brushes featured at the Olympics.

“For the Olympic curling brushes, my Dad was trying to work out how to get the British flag and Olympic logo onto the handles of brushes [which were for Hamilton ‘Hammy’ McMillan and Jackie Lockhart],” Harry explained. “This was before computers and being able to print out anything you wanted.

“We couldn’t find anything with the wee Olympic insignia, but remembered that Mars were sponsoring the Olympics so we bought bags of M&Ms and cut out the logo from there and stuck them on the handles. For the Union Jack, we took that from a box of cereal, then added their names and date, which was also quite tricky. The only thing we asked in return was a picture of the teams with their brushes.”

After Henry’s wife passed away, Harry and Pauline suggested he go to the World Championships in Canada. Pauline said: “Off he went with all his new clothes I picked for him, lightweight trousers, summer shirts, Factor 50 sun cream only for him to call and say it was -16 and six feet of snow.”

Despite being dressed for the wrong weather, Harry sold all the brushes he took and saw the Scottish team win.

Pauline added: “My Dad was so proud watching the young curlers come up through the ranks in schools and clubs and go on to play in the World Championships and the Olympics. He supplied their brushes on many occasions and took so much pride in his work.

“At his surprise 80th-birthday party, he received messages from Rona Martin and the team who were representing Scotland in Canada at the time. He was absolutely delighted.”

Now curling brushes have synthetic fibres, which started to become popular towards the end of Henry’s career. Harry said: “The downside of the bristle brushes was that a hair could come loose and deflect the stone, so when these synthetic brushes came out everyone wanted to try them. But by this point, my dad was in his 70s.”

Because of Henry’s craftsmanship, the family have maintained friendship with some of Scotland’s best curlers, including Lockhart and McMillan. The current success of Scotland’s curlers has sparked a renewed flurry of messages sent to Harry and his family, remembering Henry and his famous brushes.