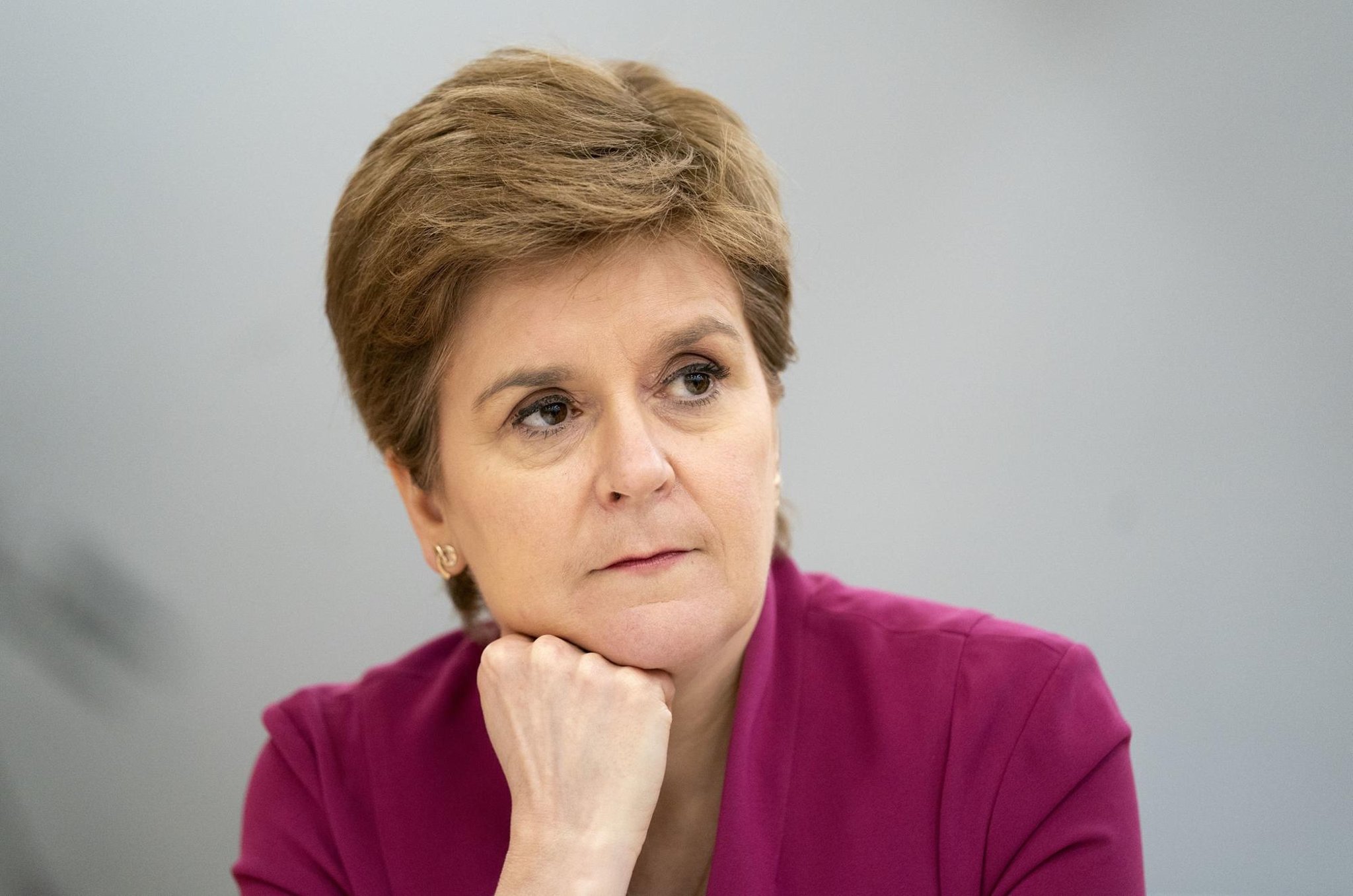 The Russian statesman Potemkin, of course, created fake villages for Catherine the Great, filled with happy, well-fed peasants to give the impression that things were better than they were. Welcome to Nicola Sturgeon’s Potemkin government.

But more worryingly for Nicola Sturgeon – and this is genuinely worrying for her personally because it is about her own prospects, not the country’s – is perhaps there is something façade-like about her own support. Maybe we can see through the First Minister’s fine clothes and see her in the altogether mess into which she has got this nation.

Certainly when it comes to the Bravehearts fighting for independence the slogan is less: “Freedom!”, like the Hollywood blockbuster, and more, “Ah cannae get the matches to light,” like the 1980s STV advert set on a battlefield.

For weeks the organisers of the ‘All Under One Banner’ independence organisation predicted that 10,000 people would join them to march for the cause in Arbroath at the weekend. The police were warning residents to avoid the area because of expected traffic congestion. In the end it was reported that only 700 people turned up, and that is thought to be a kind estimate.

To put it in perspective, more people definitely turned up to watch Queens Park play Cove Rangers on the same day, and more than four times that number took in Falkirk versus Montrose. If Scottish independence is on the brink of something big it seems more somnolent than ambulant.

The malaise is confirmed in two new polls this week, from two different pollsters, both showing a 6-point lead for ‘No’ over ‘Yes’ when the 2014 question ‘Should Scotland be an independent country?’ is asked. Remarkably, YouGov found that the gap widened to a striking 15 points when the question was framed Remain/Leave in line with the 2016 Brexit vote. We are a long way from the heady days of 2020 when Nationalists claimed that separation was the ‘settled will’ of the Scottish people.

Similarly, the previously mighty election war machine that is the SNP appears to be deploying guerrilla tactics for next month’s local elections, fielding fewer candidates than at any time since 2007. In contrast, the Scottish Conservatives have a record high number of candidates – and more than Labour for the first time in living memory.

Perhaps the reason that so many SNP members and supporters don’t feel the urge to stand for them anymore is because there is so little that the SNP leadership has done for them to make them feel proud. In that, at least, they are in touch with the national mood.

The First Minister says she takes pride in keeping Ferguson Marine open. No one wants it to close. But to be proud of keeping a shipyard open after giving it £250 million to deliver no ships – when the starting price was £97 million for two – is hardly a matter of pride. A total of £250 million for 450 jobs comes out at more than half a million pounds each. The workforce could each have set up several new businesses, or perhaps just retired, on that amount of cash.

Without a record even approaching what could be called ‘achievement’, Ms. Sturgeon seems to be relying on her unique selling point as being she is not Boris Johnson. Most people have, I suspect, already noticed that. It may not be enough any more.

The First Minister has grown used to telling her Party members every year at their conference that a second referendum is imminent, when she knows it is not. She promised to set up a national energy company that she did nothing meaningful to deliver. In the time of global pandemic she felt she could claim she had almost eradicated Covid – that was almost two years ago. We are supposed to applaud every announcement and never look for delivery.

Even her supporters have grown used to, and bored with, the script. Nicola good, Boris bad. Scotland good. Westminster bad. The problem is Scotland is beginning to realise that nothing is getting better, indeed in most areas it is getting worse.

Of course, some of her supporters will dismiss this by saying the polls suggest Scotland will still elect her. That is true, but it is also true that for many months before 2011 most of the polls said Iain Gray was going to become First Minister, and we know how that turned out.

Elections are so frequent these days we perhaps tend only to focus on them when they are near. What is clear is that when the Nationalists try to summon the Scottish equivalent of the spirit of Agincourt, gentlemen in woad stay now abed.

The Scottish Government has seemed tired for many years. The independence movement has a weariness where once there was a fanatical vigour. It does feel that the whole project has just run out of steam. The bubble may not be about to burst, but there is a sense that it is slowly deflating.

The people of Scotland will cast their votes for local councils in 4 weeks’ time, when differential turnout will be crucial to the results of an election where only a minority of the population usually vote. The question now is whether ennui keeps them from the polling station, weariness makes their eyes droop in the polling booths, or whether they see sharply through the façade and painted on windows of Nicola Sturgeon.

-Murdo Fraser is the Conservative MSP for Mid Scotland and Fife

A message from the Editor:Thank you for reading this article. We’re more reliant on your support than ever as the shift in consumer habits brought about by Coronavirus impacts our advertisers.