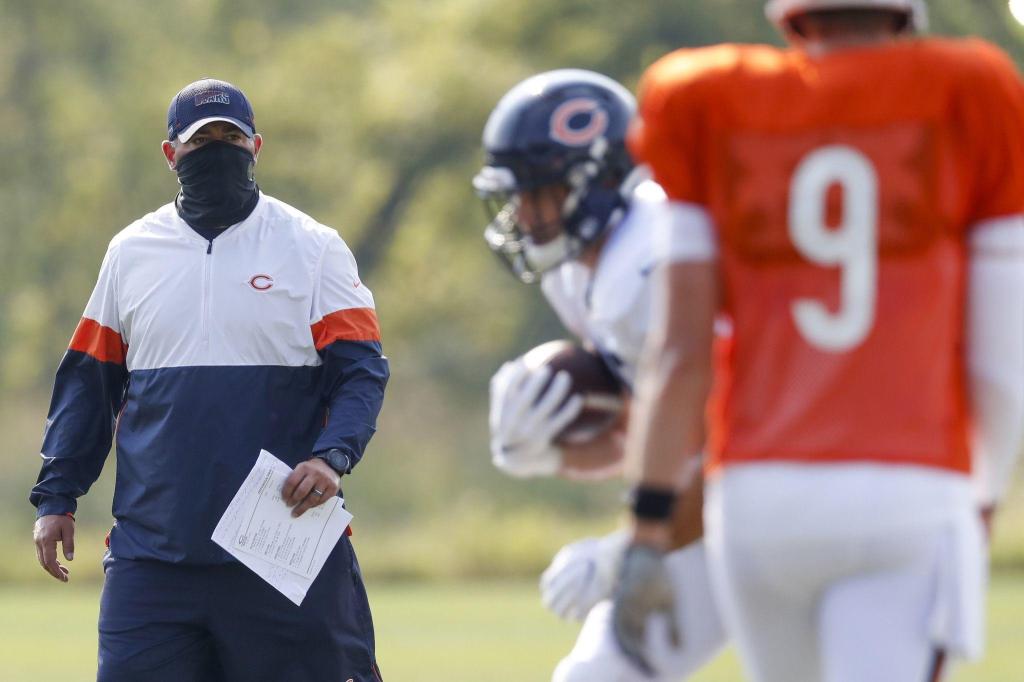 The video surfaced late Monday night, a little before 11 p.m. Undercover, of course. And shared on social media by Eric Bohn, whose Twitter bio identifies him as “your trusted resource for Chicago’s Northside and the North Shore residential real estate market.”

In this case, he was moonlighting as an impromptu P.I. — with his cellphone ready.

Finally! In the third week of the Bears’ hunt for a new GM and head coach, we had eyes on the process, evidence of McCaskey, with boots on the ground, meeting Poles at the airport and bringing this all-important search party into a new in-person stage.

By Tuesday morning, Bohn’s video had more than 700 likes and close to 300 retweets. Many of the replies went as you’d expect.

There was predictable sarcasm. From @puttinonfoil: “Wow. George running an Uber now.”

There were jump-to-conclusions responses. From @Eric11Lackey: “Personally, I love this. Ryan Poles is our next GM as long as he accepts. George is adding that extra personal touch, him picking him up saying ‘you’re my guy, When you’re my guy, you’re family.’ This is a huge sign of respect to the candidate.’

And then, naturally, there were social media sleuths who froze the video, zooming in and seeking clues to figure out something. About anything.

Wait … Was that, in McCaskey’s right hand, a chauffeur sign that reads “Canandaigua”? Wasn’t Poles a football star once upon a time at Canandaigua Academy in the New York town of his birth? What a clever and clandestine way to welcome a prospective hire to Chicago! (Except McCaskey, in a pair of jeans and gym shoes, was also wearing a Bears mask and a Bears jacket.) So much for a stealth operation.

Still, what did all this mean exactly? And where do we go from here?

For starters, the Bears have advanced forward in their searches, moving past the virtual interview phase with Poles becoming the first candidate to meet with the team at its headquarters in Lake Forest. His second GM interview began Tuesday.

According to league sources and multiple national reports, the Bears are also expected to conduct second interviews with GM candidates Eliot Wolf and Monti Ossenfort while working to schedule in-person meetings with potential coaches Dan Quinn, Matt Eberflus and Jim Caldwell as well.

It’s unclear if either of those lists might expand and, if so, by how much. But it’s also worth noting the number of moving parts that still exist as the Bears, like seven other NFL teams, work to fill important jobs in either the GM or head coaching realm. (The Bears, Jacksonville Jaguars and Las Vegas Raiders are still working to fill both spots.)

Poles, for what it’s worth, is scheduled to meet with the Minnesota Vikings this week for a second time, a finalist for that organization’s GM job as well. That’s something McCaskey and the search committee must remain aware of. Up in New York, meanwhile, the Giants’ coaching search is heating up quickly after they hired Joe Schoen as their new GM Friday. Schoen spoke with the Bears about their GM opening Jan. 16. He also has close ties to the one head coaching candidate many Bears fans are pining for most: Buffalo Bills offensive coordinator Brian Daboll, who now appears to be emerging as a top target for the Giants.

It’s entirely possible Daboll will follow Schoen to the Giants. And while that will hardly register as a knockout punch for the Bears, Daboll landing a new gig anywhere outside Chicago will leave a chunk of the fan base feeling jilted.

Similarly, some Bears fans figure to feel a certain level of disappointment when they realize Rick Smith, the former Houston Texans GM and executive vice president of football operations, never interviewed here. Smith, according to one league source, privately expressed interest in learning more about the Bears’ future plans as early as December, before it was known what exactly the organization planned to do with then-GM Ryan Pace or team president/CEO Ted Phillips.

A separate source with close connections to the Bears indicated in the first week of the GM search that Smith was “definitely on the radar” as the franchise cast a notably wide net. But for whatever reason, nothing came of any of that.

At the same time

This is all simply part of the deal, the way searches often evolve and change. And the Bears now are narrowing their focus and trying to make good on one of McCaskey’s biggest vows. As he emphasized Jan. 10: “We prefer to hire the GM first.”

That strategy has always made sense. The Bears, McCaskey indicated, would look to lock in a new general manager before moving on to secure a coach. And they remain positioned to do just that. Yet for more than two weeks, the team pushed through the first phase of virtual interviews for both jobs simultaneously, meeting with at least 10 head coaching candidates while concurrently speaking with at least 15 GM prospects.

Bill Polian has been assisting with the searches. And presumably, he came in with a master plan on how to help the Bears smoothly handle the two respective hunts. “With Bill’s guidance,” McCaskey noted, “we’re going to be able to find a partnership of GM and coach that will work.”

Still, some around the league emphasize that if the Bears are promising their next GM will have complete oversight of the football operation, that also means allowing him to conduct his own coaching search via his own methods with his own list of candidates.

That’s where the team’s push to schedule second interviews with head coaching candidates before hiring a GM has caused a bit of head-scratching in pockets of the league. At the very least, it’s something McCaskey and Phillips will have to explain.

Until a GM is locked in and has his own opportunity to express a vision and offer an update on the coaching search, so much of what the Bears are doing and accomplishing remains under the radar.

Perhaps as early as this week, Chicago will get its definitive answer on who the Bears’ next GM will be. For now, with the intrigue elevating and speculation rising to a fever pitch, much of the city has been left to play an advanced game of “Clue,” trying to piece the mystery together.

On Monday night, that meant in-depth scrutiny on a 4-second airport speedwalking video.

Could it really mean what we think it could mean?