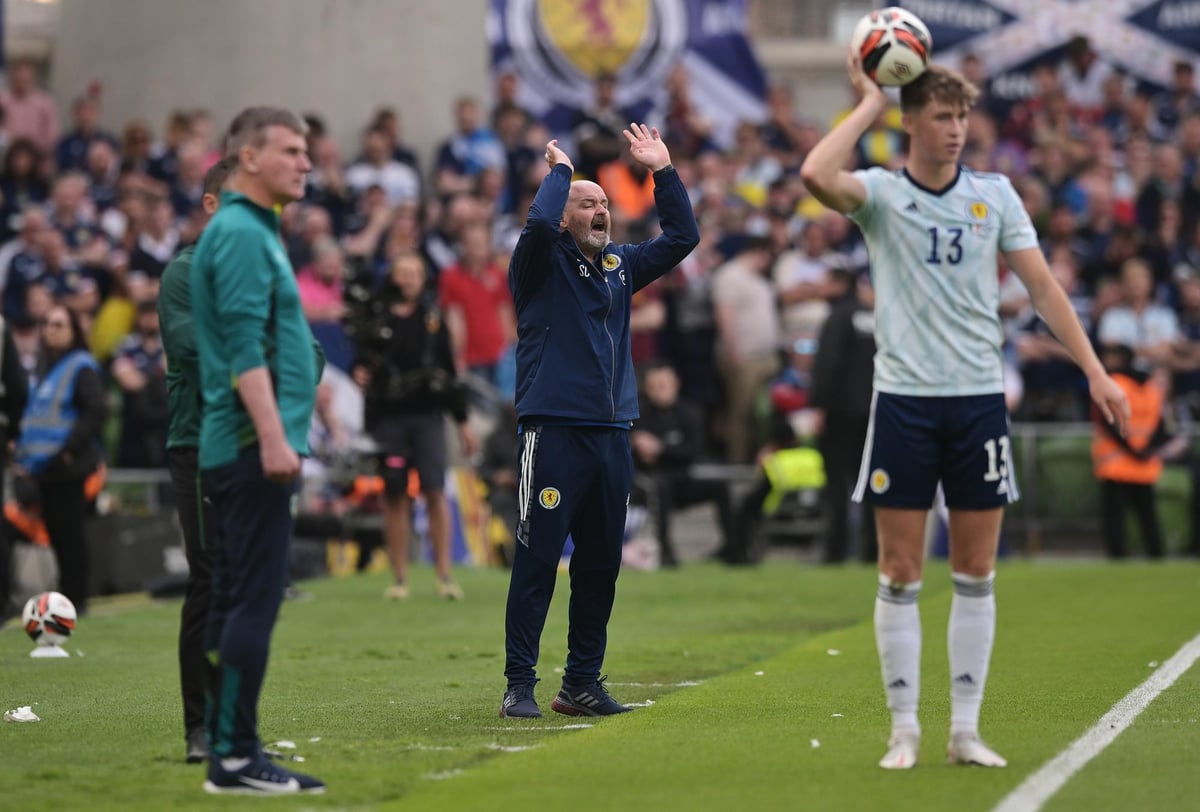 Clarke’s position is the subject of increasingly intense scrutiny in the aftermath of a spineless performance against a previously winless Irish team in the UEFA Nations League.

It leaves Scotland under huge pressure to take maximum points from their trip to face Armenia in Yerevan and reignite their hopes of topping Group B1 which would assure them of at least a place in the qualification play-offs for the Euro 2024 finals in Germany.

Last Wednesday’s 2-0 win over the Armenians at Hampden is the only victory the Scots have recorded in their last five games, a sequence which included the dispiriting 3-1 loss at home to Ukraine in the World Cup play-off semi-final.

Clarke, who guided Scotland to the Euro 2020 finals, is fully aware he is now facing one of the most significant fixtures of his three-year tenure so far.

“We have to win in Armenia,” he said. “It’s that simple now and it might be an ugly one or might be a pretty one – but we need to win. Must-wins are not really in my vocabulary. But we have to bounce back from what’s been another disappointment.

“For me, the biggest thing is that we had disappointment (against Ukraine) and then did okay (against Armenia), and then it’s disappointment again. I have to analyse that and find out why that happened.

Scotland manager Steve Clarke (centre) waves his arms in frustration during his team’s 3-0 UEFA Nations League Group B1 defeat against Republic of Ireland in Dublin on Saturday. (Photo by Charles McQuillan/Getty Images)

“I back these players 100 percent. I back them 100 percent because they’ve been fantastic for the country.

“It’s two big blows but sometimes life isn’t always nice all the time and straightforward. We’ll come back. They just have to dig in now and get a result in Armenia on Tuesday night. It’s just about getting a win.”

Clarke insists his team selection was not to blame for the display in Dublin and the 58-year-old intends to ignore the criticism now being aimed at him.

“I won’t hear it and I won’t read it,” he said. “People can pull it apart If they want. If they think that (team selection) was what was wrong with the game, then I would suggest that maybe they’re not right.”

While Clarke conceded the outcome at the Aviva Stadium took him by surprise, he did not regard it as the most discouraging result he has experienced.

“The result and the performance – no, nobody could see it coming,” he said. “No (it’s not as low as I’ve felt). I’ve been low before and I never categorise highs and lows. It was a real disappointing day for us but I’ve had plenty of those in my career.”

Clarke does not feel his players are suffering from any lingering impact of the Hampden loss to Ukraine on June 1.

“I don’t think so, I really don’t,” he added. “I felt the game last Wednesday against Armenia was a good game for them because they were able to dominate possession.

“But Ireland got about us and we couldn’t handle it for some reason. So that’s what I need to go away and look at.”