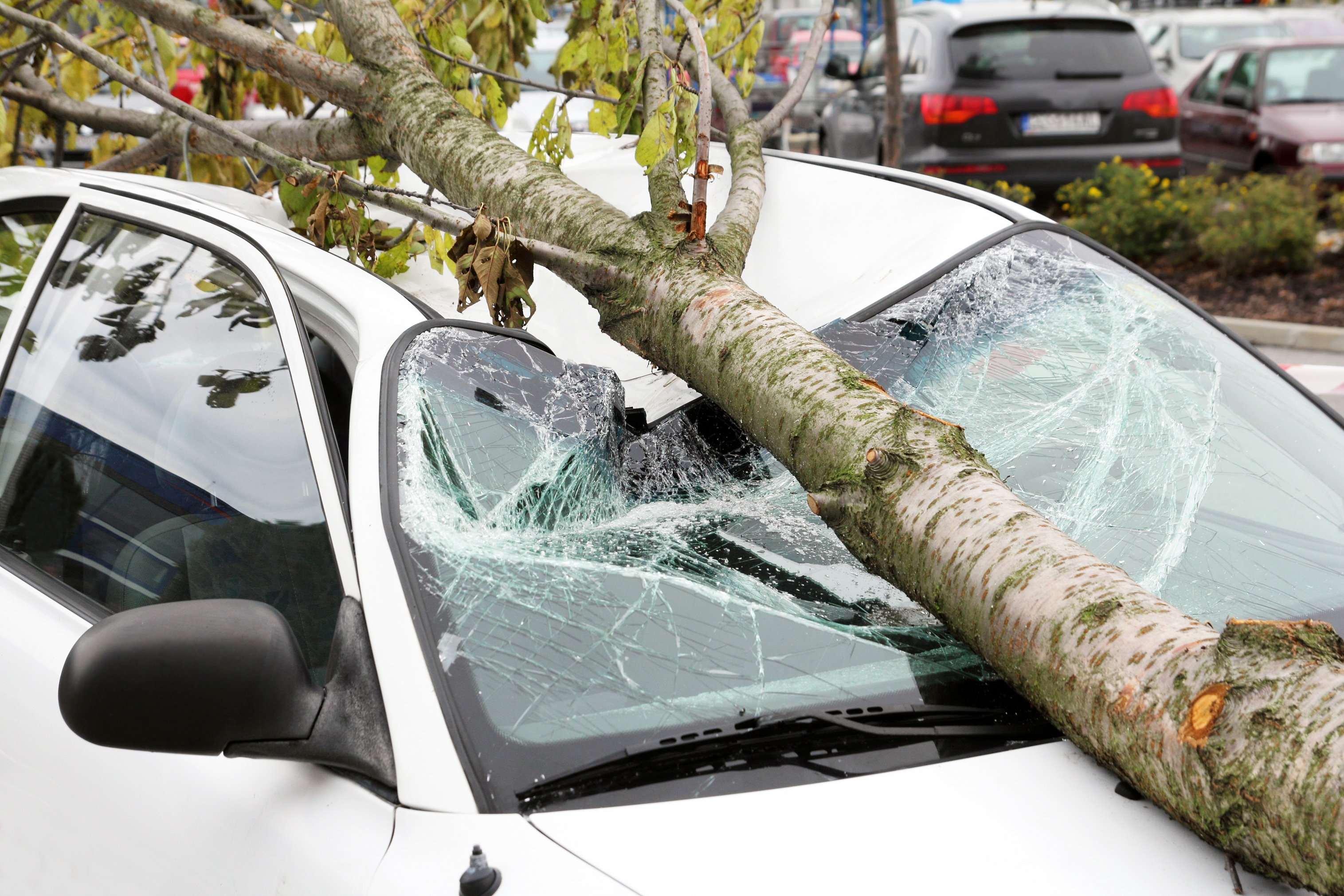 The internet has been left shocked after a viral picture showed how a tree branch smashed through a man’s windshield in a Reddit post this week.

Shared on Monday by user NicholasStevenPhoto, the picture on r/pics now has more than 55,000 upvotes.

The man from Vancouver, Washington shared the photo with the caption: “Glad I didn’t decide to sit in my car this morning and defrost it.”

In later comments, he was asked how the incident happened and wrote: “Crazy unseasonal snowstorm resulting in many downed trees and limbs—and unfortunately one of them somehow managed to pierce through the windshield of my parked car.”

“Your window scraper is too big,” joked one commenter, to which the poster said: “Yeah it’s not very efficient.”

Another Redditor said: “Did you accidentally set your car to deforest instead of defrost?”

Auto Glass City, a mobile service in Florida that offers auto glass replacement said that an accident like this shouldn’t cost the vehicle owner anything if they are well insured.

While each policy is different, comprehensive coverage insurance should protect your car against things that haven’t happened as a result of a collision, including theft, fire, vandalism, and road debris.

Insurance Journal has reported that windshields constitute the number 1 insurance claim in the U.S., at 30 percent.

Jim Olson, director of national accounts and brand awareness for NOVUS® Windshield Repair, in Minneapolis, Minnesota, said: “There are no Federal or State regulations governing the safety or quality of windshields that are replaced once the car is on the road—just new vehicles. Most motorists are not glass experts so assessing the quality of the glass and installation are problems.”

Around 80 percent of windshield replacement claims relate to smaller repairs than the one in the viral Reddit image, often being for edge cracks, according to Insurance Journal.

In an accident, your windshield can save your life. For that reason Olson advises repairing windshields even if they are only slightly damaged with stars, scratches, small cracks or holes: “Repairs not only eliminate unsightly flaws, preventing further spread, they also allow you to keep the factory-installed windshield which is safer and sounder. That is always the better option where possible.”

“Think you went a bit far with the size of your pine air freshener,” joked another Redditor in the comments.

“This is some Final Destination s***,” wrote one user. “But anyways glad you’re okay.”

“Oh wow. Glad you weren’t in the car. This is gnarly,” said another comment.

In a later post, NicholasStevenPhoto recalled hearing the storm during the night and said: “I heard branches cracking all over and even watched multiple falling in the distance and near the house, but I’m a dumbass and didn’t even think about moving my car. Good times.”