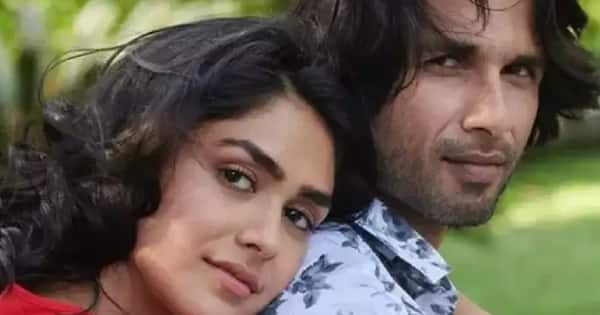 Shahid Kapoor and Mrunal Thakur‘s film Jersey was supposed to release on April 14, 2022. However, the makers announced that it has been postponed by a week. Reports suggest that the makers took this step to avoid clashing with biggies like KGF 2 and Beast. The buzz around South films is immense and thus, Shahid Kapoor-starrer has been postponed. However, now a report suggests that Jersey has been accused of plagiarism. A writer named Rajneesh Jaiswal has accused the makers of Jersey of copying his script and the matter is in court. Also Read – KGF 2 box office collection day 1: Yash, Sanjay Dutt, Raveena Tandon starrer’s opening to be affected by RRR for THIS reason [EXCLUSIVE]

As per a report in Etimes, the makers of Jersey have been dragged to court by the said writer and the matter is going to be heard by the Bombay High Court today. Jersey which narrates the story of a cricketer is directed by Gowtam Tinnanuri. He fails to achieve his dreams as a cricketer but to fulfill his son’s wish, he returns to the field. He goes through a lot of obstacles but he manages to achieve his goals. Also Read – Trending Entertainment News Today: Ranbir Kapoor-Alia Bhatt to wear Sabyasachi outfits at their wedding, Shahid Kapoor’s Jersey gets postponed and more

Earlier, Jersey was set to release in December 2021. However, due to the lockdown and the third wave of Coronavirus, the film had to be postponed. This is for the second time that it has been postponed and now it will hit the screens on April 22. A statement made by the team read, “As a team, we have put our blood sweat and tears into ‘Jersey’ and would like our beloved film to reach all of you in the widest possible way. Jersey will now release on 22nd April.” However, it is now being speculated if the clash with KGF 2 was the actual reason behind the postponement or the case of plagiarism. Watch this space for more. Also Read – Jersey star Shahid Kapoor opens up about the RELEASE DATE of his debut web series with The Family Man creators Raj & DK [EXCLUSIVE]