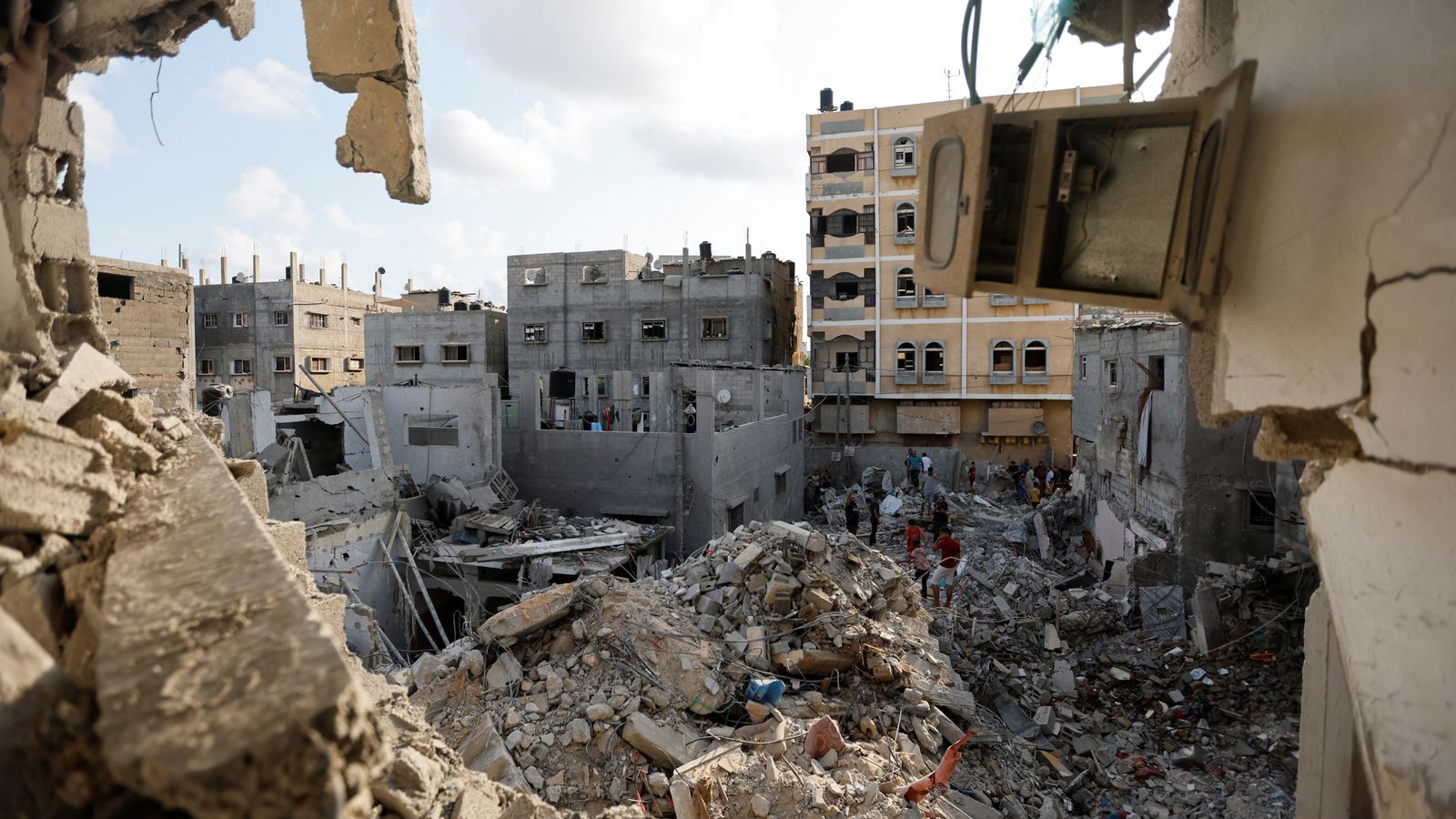 A second senior Islamic Jihad commander has been killed in an Israeli airstrike as a surge of fighting continues in Gaza.

The Palestinian Islamic Jihad militant group said the man was Khaled Mansour – their top official for the southern Gaza Strip.

The strike in the southern city of Rafah also killed two fellow militants and five other civilians, including a child and three women, the group said.

“This is an operational and conscious effort, and an extraordinary achievement,” he said.

“We are acting in a focused and responsible manner in order to minimise harm to those not involved. The operation will continue as long as necessary.”

The strike came after Israel killed the Iranian-backed group’s northern Gaza commander in an air raid that triggered the worst cross-border conflict between Israel and Palestinian militants since last year.

Islamic Jihad said it would “not let their blood dry before they bombard the settlements of the enemy”.

Please use Chrome browser for a more accessible video player

Around 30 Palestinians killed in weekend of fighting

A total of 31 Palestinians, including six children and four women, have been killed so far in the fighting, according to the Palestinian Ministry of Health, while tens of thousands of Israelis have fled to shelters.

Militants from Islamic Jihad continued firing rockets toward Israel and the Israeli military continued airstrikes on Gaza, though the intensity of the exchange had decreased by the early hours of Sunday.

Sirens warning of rockets sounded in several communities just west of Jerusalem, with an Israeli military spokesperson saying rockets had been intercepted and no casualties or damage had been caused.

On Saturday, the Israeli military said an errant rocket fired by Palestinian militants killed civilians, including children, in the town of Jabaliya, in northern Gaza.

It added that the incident was “without a doubt” caused by a misfire on the part of the Islamic Jihad.

Footage released by the IDF claimed to show the missile going astray.

A Palestinian medical worker said at least six people were killed in the blast.

Israeli airstrikes on the same day also killed a 75-year-old woman and wounded six others as they were preparing to go to a wedding.

Please use Chrome browser for a more accessible video player

Several rockets were fired on Sunday from Gaza towards Israel

Israel also stopped the planned transport of fuel into Gaza shortly before it struck on Friday, crippling the territory’s lone power plant and reducing electricity to around eight hours a day.

The Palestinian Ministry of Health has warned that power shortages could severely impact hospitals within days.

“Forty-eight hours are remaining to run without fuel needed to sustain operations of the stand-by generators in the hospitals,” it said.

Will Hamas get involved?

While fighting has been taking place since Friday, Hamas, the larger militant group in Gaza, has appeared to remain on the sidelines of the conflict.

The group has kept its response limited after battling Israel barely a year ago, in one of the four major conflicts to hit the region in the last 15 years.