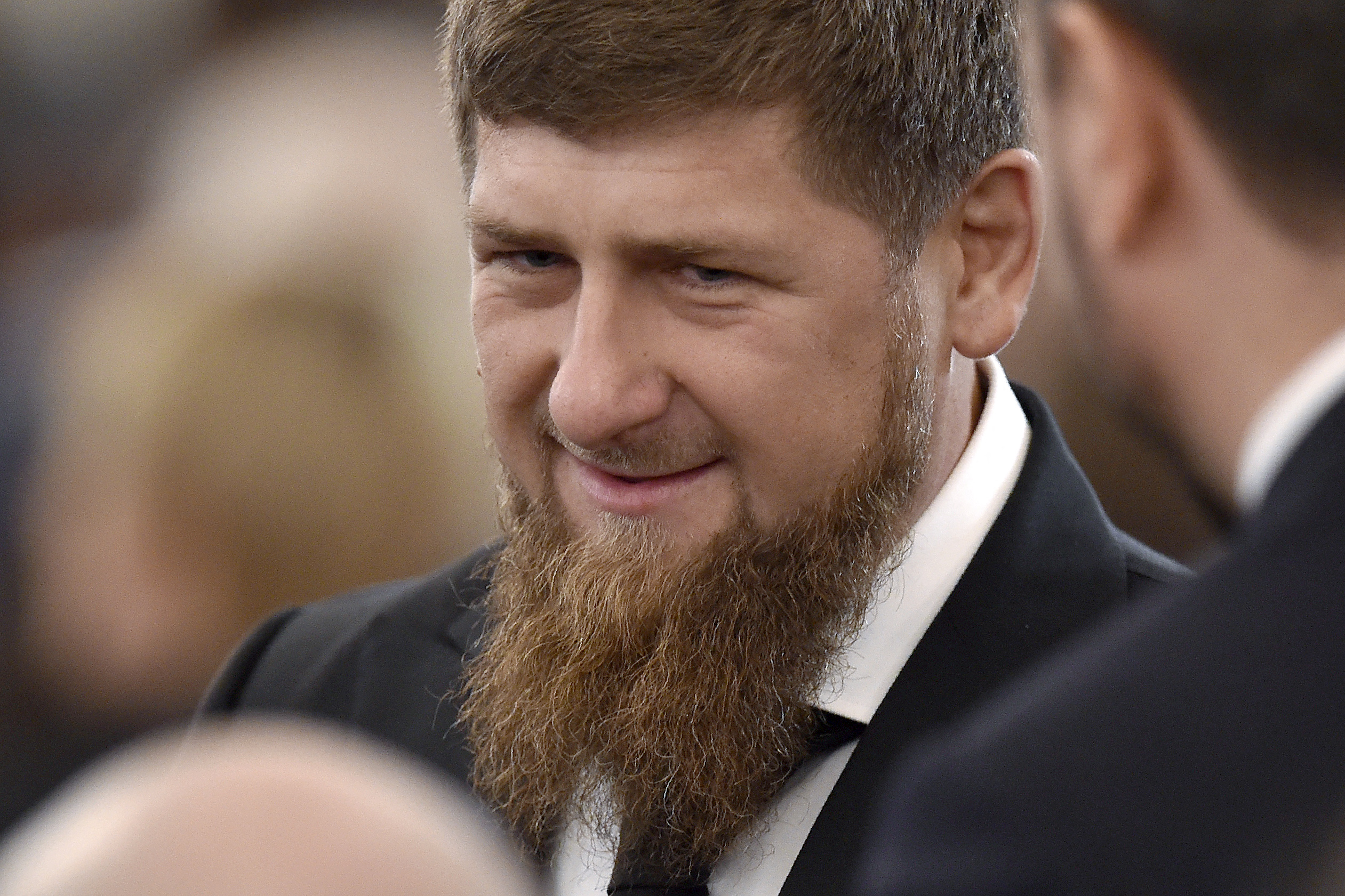 Ramzan Kadyrov, the strongman leader of Chechnya, claimed Monday that he was sent maps by Russian commanders that show a “point by point” attack plan for Ukraine, including conquering the capital, Kyiv.

“I received the reports and maps at 2 a.m.,” Kadyrov, the head of Russia’s Chechen Republic, said in a video posted on his Telegram channel early on Monday. “The points are marked, the tasks are clear. And we are already starting to work specifically, point by point.

“There will be more offensive work—not only in Mariupol, but also in all other settlements, towns and villages,” said Kadyrov, who was appointed president of the Chechen Republic in 2007.

“Luhansk and Donetsk—first of all we will liberate them. This task has been set by the commander-in-chief, President Vladimir Putin,” claimed Kadyrov, who has been been a staunch supporter of Putin.

“And then we will conquer Kyiv and all other cities,” he said, before appearing to backtrack by adding: “Our goal is not to take towns, but to destroy all these Banderas, Nazis and shaytans [devils, meaning infidels] which are fighting on Ukraine’s side.”

Putin describes his invasion of Ukraine as a “special military operation” that seeks to “denazify” and “demilitarize” the country.

Kadyrov has been repeatedly accused by international NGOs of human rights violations in Chechnya. He denies the allegations.

It wasn’t immediately clear whether Kadyrov was attempting to spread false intelligence regarding Putin’s military strategy in Ukraine.

Newsweek has contacted Russia’s Ministry of Foreign Affairs for comment.

Kadyrov’s claims that Russian forces will launch an offensive on Kyiv come not long after the Kremlin said it would withdraw troops and scale back military operations in the region around the Ukrainian capital.

Ukrainian Defense Minister Oleksii Reznikov said in a statement on March 21 that Russia “no longer dreams of capturing Kyiv” amid signs of a weakened and slowing Russian advance toward the city.

On April 6, a senior U.S. defense official assessed that Russia had completed its withdrawal from around Kyiv.

“We are assessing that all the Russians have left,” the official, speaking on condition of anonymity, said, noting that Kyiv still remained under threat even without the presence of Russian troops in the region.

“The threat of [a] ground invasion [of Kyiv] is clearly gone for the moment… but it’s not clear what their longer-range goals are,” the official said.

Ukrainian President Volodymyr Zelensky in an interview broadcast Sunday on CBS‘ 60 Minutes said Ukraine is “not ready to give away our country.”