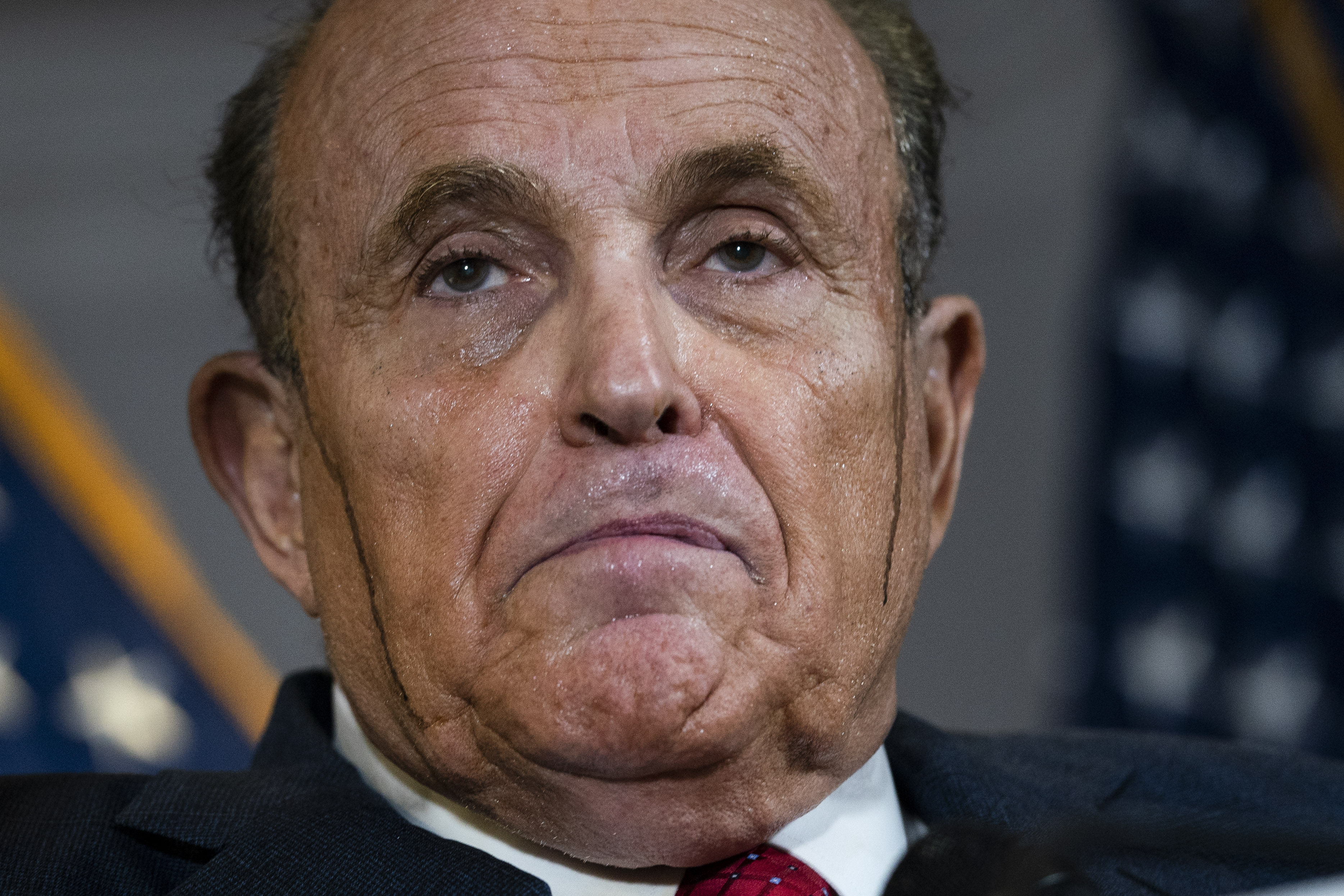 Rudy Giuliani has alleged that the Jan. 6 riots were an insurrection secretly planned by the left to frame then-President Donald Trump, the former New York mayor said in the latest episode of his podcast.

“This was something that was put together by the Left movement—doesn’t necessarily mean only Antifa, means others that were trying to do anything they could to destroy any attempt that Trump had to rectify the massive voter theft,” Giuliani said, refusing to abandon false allegations that the 2020 presidential election was rigged.

Antifa is an anti-fascist political movement.

Trump himself has not yet conceded defeat on these claims, insisting that he did not lose the election.

“This was clearly a frame-up,” Giuliani, who was then Trump’s lawyer, said, adding as examples of frame-ups “Russian collusion” and “the innocent Ukrainian conversation”.

“These people are expert at trying to frame Donald Trump,” the former mayor concluded. In the podcast episode, he calls the Jan. 6 committee’s hearing “a theatrical production” and an “embarrassment of a hearing.”

On June 11, Giuliani continued his crusade against the Jan. 6 committee hearings, attempting to undermine their validity.

“I denounce ALL crime but the #january6th hearings aren’t about the truth are they?,” he wrote on Twitter. On the same day, he also shared a video from the Jan. 6 insurrection showing Trump supporters entering the Capitol and later leaving, with a caption that described the behavior of rioters as being: “Peacefully welcomed in one door and peacefully leaving another.”

At the same time, Giuliani has been hit with new ethics charges over his baseless claims that the 2020 presidential election was stolen, filed by the District of Columbia on Friday.

The complaint made by the D.C. Office of Disciplinary Counsel alleges that Giuliani, a member of the D.C. bar, sought several orders to prohibit the certification of the election and invalidate ballots cast by voters in Pennsylvania—thus violating two professional conduct rules in the state that bar attorneys from bringing proceedings without a basis in law or fact and prohibit conduct that is prejudicial to the administration of justice.

As a result of the accusation of ethical misconduct, Giuliani could have his license to practice law suspended or could be disbarred.

It’s the third time Giuliani has faced ethics charges, after his New York law license was suspended in June 2021 for making “demonstrably false and misleading” statements regarding voter fraud during the election.

After the New York court suspended Giuliani from practicing law, the D.C. Court of Appeal suspended Trump’s former attorney from practising law in Washington, D.C. in July of the same year.