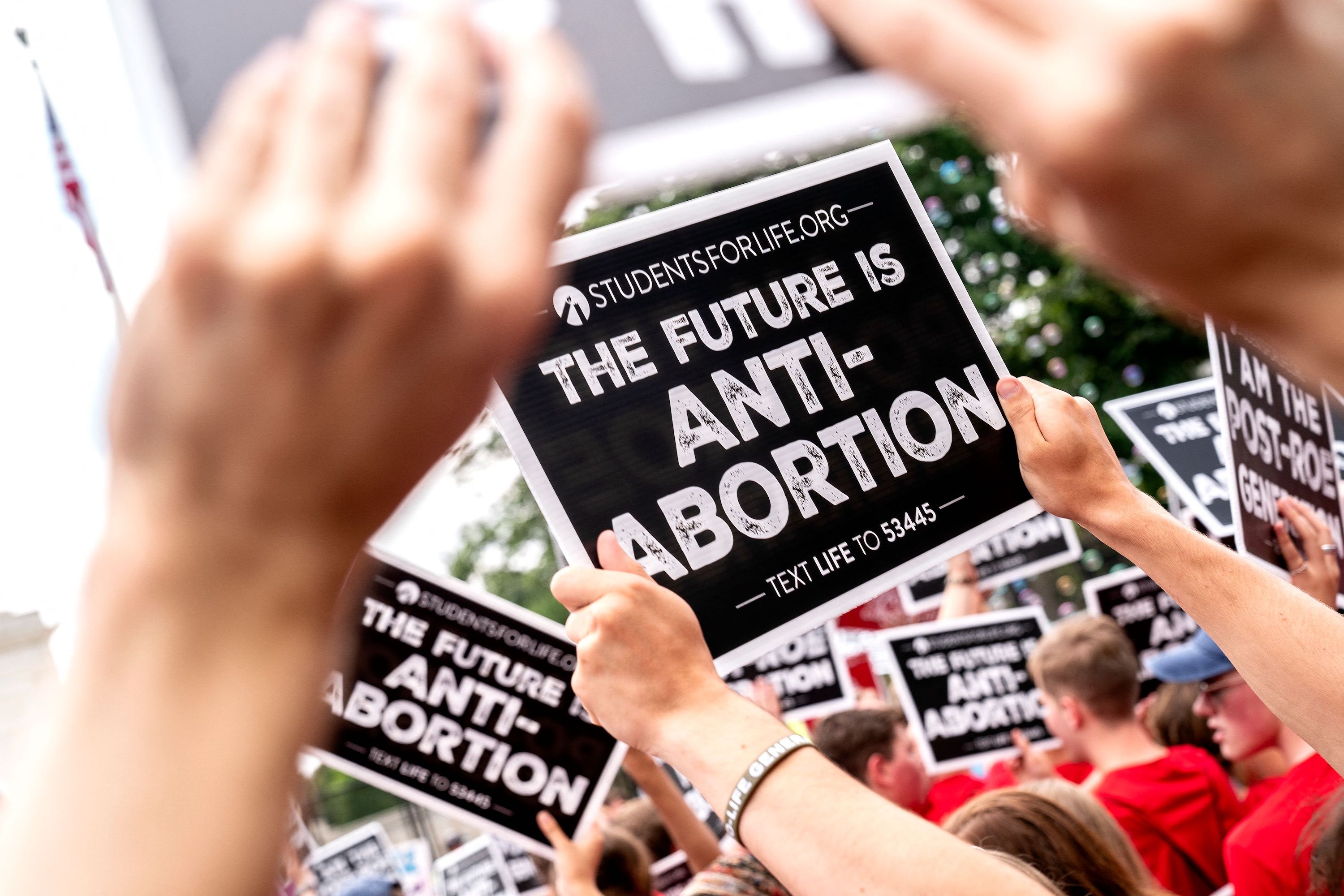 In 2019, a dozen states passed some version of a heartbeat bill—a statute prohibiting abortion after an unborn child’s heartbeat can be detected, usually around six weeks into pregnancy. The same year, several Democrat-controlled states enacted laws expanding access to abortion through all nine months of pregnancy.

The increased interest in abortion policy came in light of the impending possibility that the Supreme Court might overturn Roe v. Wade, which today it has finally done. But most revealing was what happened next. Abortion providers and advocacy groups immediately sued the states with heartbeat bills, and one by one, those laws were blocked in court before they could save any lives. But while the pro-life laws were being struck down, the laws expanding access to abortion and affirmatively declaring abortion a fundamental right remained in place, as they are to this day.

How did we end up in this lopsided situation, where Americans who support abortion were permitted to have their views enshrined in law, but pro-life citizens were blocked at every turn? This status quo was the poisonous fruit of the Supreme Court’s ruling in Roe, the 1973 decision that struck down Texas’ longstanding protections for unborn children and created a constitutional right to abortion throughout the United States—a ruling that the Court has finally consigned to the ash heap of history in its ruling in Dobbs v. Jackson Women’s Health Organization.

The Roe Court removed nearly every question about abortion policy from the hands of the American people and turned them over to unelected judges, even though the Constitution contains nothing that could remotely support a right to abortion. Roe and the Court’s subsequent abortion jurisprudence created a legal minefield in which the supposed right to abortion was treated as sacrosanct for nearly five decades, protected at every turn by rulings that had more in common with legislation than judicial opinions.

What’s more, these rulings never followed traditional legal methods or settled standards. As Judge Amul Thapar of the Sixth Circuit Court of Appeals has put it, “there are rules for most cases, and then there are rules for abortion cases.” Our nation’s highest Court, when faced with abortion regulations, repeatedly refused to apply even the most elementary and uncontroversial legal rules and doctrines evenhandedly.

Justice Sandra Day O’Connor, hardly a staunch opponent of Roe, referred to this double standard as the “abortion distortion.” As she noted, the majority opinion in Roe “makes it painfully clear that no legal rule or doctrine is safe from ad hoc nullification by this Court when an occasion for its application arises in a case involving state regulation of abortion.” In other words, our legal system has been revolutionized to protect a right that the Justices invented out of whole cloth.

And now, finally, that regime is over. Regardless of one’s views on abortion, we should all acknowledge that the majority ruling in Dobbs was the correct decision according to the text, history, and tradition of our Constitution. Roe and the subsequent ruling in Casey upholding it were two of our nation’s most infamous examples of flawed constitutional law, driven by pure judicial willfulness and ideology. The Constitution simply does not protect a right to choose abortion, and the Justices who created this right perverted the document in order to impose on the entire nation their own moral-political opinions about the desirability of abortion.

Indeed, as we document in our new book, Tearing Us Apart: How Abortion Harms Everything and Solves Nothing, even scholars and lawyers who support legalized abortion as a policy matter have agreed that Roe was a bad decision. Writing in the Yale Law Journal in 1973, renowned law professor John Hart Ely, later dean of Stanford Law School, derided the decision as “bad because it is bad constitutional law, or rather because it is not constitutional law and gives almost no sense of an obligation to try to be.” Laurence Tribe observed in the Harvard Law Review that “one of the most curious things about Roe is that, behind its own verbal smokescreen, the substantive judgment on which it rests is nowhere to be found.”

The decision in Roe and subsequent decisions upholding it were textbook examples of judicial activism, and were egregiously wrong. Roe and Casey created a “constitutional right” to abortion out of thin air. The majorities in those cases did not actually find textual, historical, or traditional evidence for any such right. Rather than seek a constitutional answer to the question of abortion, living constitutionalist Justices in Roe began from their desired conclusion—legal abortion in some form—and reasoned backward to pretend that the Constitution licensed their decision.

None of the Court’s rationales for a constitutional right to abortion were held, either in practice or principle, by the framers and ratifiers of the 14th Amendment, where the Justices claimed to find them—nor can they be found in any other provision of the Constitution. In fact, prominent pro-life scholars such as Robert P. George of Princeton, John Finnis of Oxford, and the late Charles Rice of Notre Dame have argued that the proper interpretation of the 14th Amendment entails that laws denying legal protections to the unborn and that protect abortion are themselves unconstitutional, as they deny unborn persons the equal protection of the laws.

In Roe, the Supreme Court distorted the Constitution in service of legalized abortion, a policy outcome that several Justices desired before the case ever reached their chambers. In so doing, the Court interrupted democratic debate over perhaps the most controversial issue in American public life, attempting to put an end to the brewing controversy. Even worse, the Court took abortion away from the democratic process in order to decide the issue the wrong way; if the Constitution can be read to apply to the question of abortion at all, it points to the opposite of the Roe Court’s conclusion—that abortion is an unconstitutional denial of due process and equal protection of the laws to the unborn.

By issuing a decision that distorted the Constitution, the Court overstepped its constitutionally prescribed role and transformed itself into a super-legislature. Seven unelected Justices got the Constitution wrong and committed a grave injustice against the unborn that has been perpetuated for half a century.

Rather than end the abortion debate, Roe threw a burning match onto the kindling. Nearly five decades later, the issue has become more polarized than ever, and the Court’s subsequent abortion decisions revealed exactly how unsettled Roe was as a matter of law. That status quo infected every aspect of our legal system, entangling the judiciary in endless battles over whether particular abortion regulations are permissible under the fabricated, confusing frameworks articulated and rearticulated by the Court.

These are not the signs of a well-reasoned Court decision. They are the results of a ruling that covered policy judgments in the thin veneer of law, perverting our system of constitutional self-government. It is a victory for our government and our country that the Court has finally admitted its error and rejected Roe for good.

Today’s decision will be remembered and celebrated as one of the most important days in the history of this country—a day when we began to right the wrongs inflicted by the Court in Roe a half century ago. Today is the beginning of a new chapter in our work of building a culture of life that protects babies, supports mothers, and strengthens families for the long haul.

Ryan T. Anderson is the President of the Ethics and Public Policy Center, where Alexandra DeSanctis is a Visiting Fellow. Together they are co-authors of Tearing Us Apart: How Abortion Harms Everything and Solves Nothing, from which this essay has been adapted.

The views expressed in this article are the writers’ own.