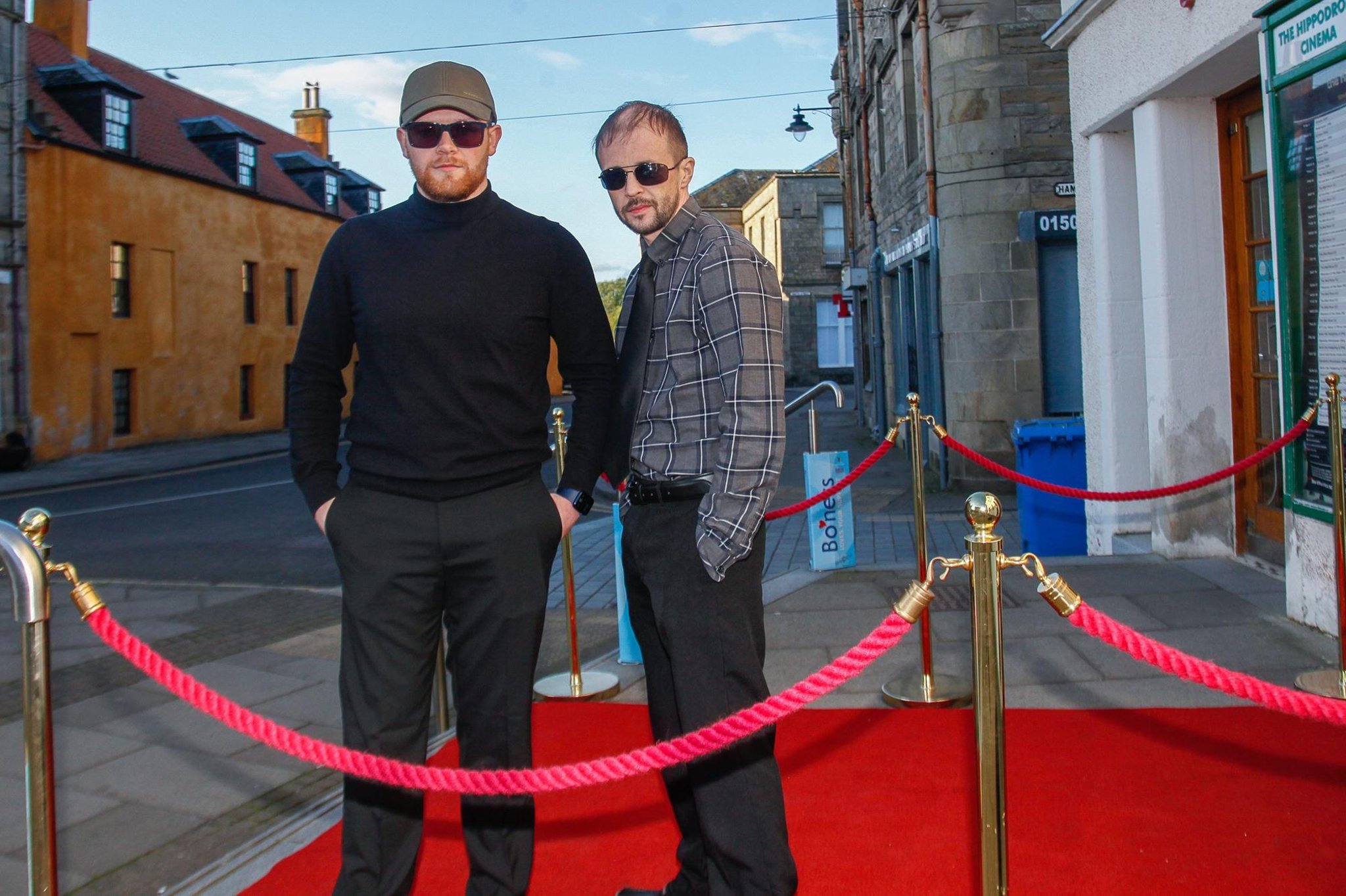 Writer/Director Gary Wales and writer/director David Penman on the red carpet on Monday.

RAGE, a tale highlighting the impact of domestic violence and drug abuse was filmed at locations across central Scotland last year.

It is a collaboration between Bo’ness based GAW Films and DP Productions, based in Leven.

A red carpet premiere took place at The Hippodrome in Bo’ness last night with those attending given the opportunity to take part in a Q&A with the cast and crew following the screening.

The event was attended by all those involved in creating the short film including Fife filmmaker David Penman, co-writer and director Gary A Wales and actors Lara Fullerton, Paul Lapsley and Rosie Steel.

The film brings to life the story of a seemingly normal family man on a date night with his partner, when things turn nasty after he takes a mix of drugs and booze.

Speaking after Monday night’s event, David Penman, co-writer and director, said: “It was great to finally see our work on the big screen and to meet so many new people too.

“I would like to thank everyone who attended the screening, we now move onto the next one.”

Gary, who co-wrote and starred in the film, said: “It was great to see so many supportive people, come and celebrate the amazing work we all did.

“A beautiful day and venue to hold such a marvellous premiere.”

Filming for RAGE took place at locations in Bo’ness, Glenrothes and Glasgow.

Given the film’s subject matter, all profits from it will be donated to Victim Support Scotland.

Lara Fullerton, who plays Courtney, added: “It was such a wonderful night and a fantastic turnout.

“We had people travelling from all over Scotland to attend the premiere and raise money for a worthy cause.

“I feel very proud to be part of the team behind Rage.”

Speaking about the film last year during filming, Gary – who has been in Game of Thrones, said: “Creating RAGE was a challenge for myself and the whole team.

“I know we all did our research correctly and we know we have made something special to make an impact.”