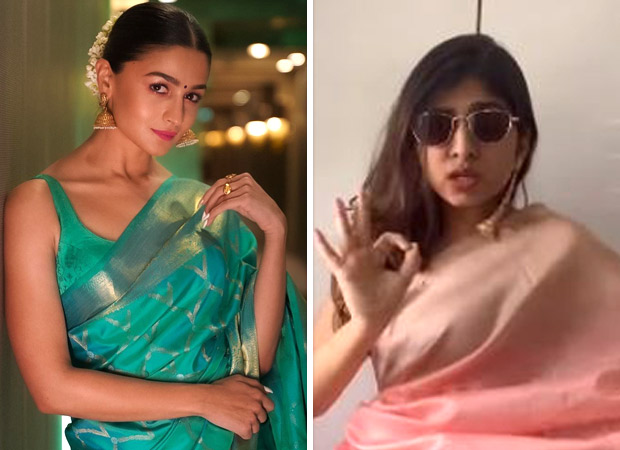 The town is abuzz with the upcoming wedding of actors Ranbir Kapoor and Alia Bhatt. While the couple has not spoken about the wedding, the families of the bride and the groom are engaged in the preparations for the impending nuptials. While fans of the actors wait for the couple to become husband and wife and share pictures from their intimate ceremony, content creators are coming up with creative content surrounding the wedding. Mimicry artist Chandni who is known on social media for her voice impression of Alia Bhatt has also hopped on to the wedding bandwagon and has created an interesting video. In her latest video, Chandni has presented her version of the kind of preparations that might be taking place from Alia’s end.

Chandni later stresses on call that she wants only Tony Kakkar’s songs to be played during the wedding festivities. Talking about her mehendi requirements, she is heard saying, “Mehendi mai naam chupana nahi hai taaki ranbir ko confusion na ho”. She is also seen talking about her dietary preferences including gluten pizza, and sweets with no sugar saying, “Ranbir has told I am too sweet, so don’t add sugar”. Watch the video here.

Meanwhile, preparations for Ranbir and Alia’s intimate wedding are in full swing. According to reports, the couple will be getting married on April 14 at Ranbir’s Bandra home- Vastu- in the presence of family members and close friends. Ayan Mukerji and Karan Johar from the film industry are expected to be at the wedding. The mehendi ceremony will be held on April 13.

On the work front, Ranbir Kapoor and Alia Bhatt will next star in Ayan Mukerji’s Brahmastra, releasing on September 9, 2022.