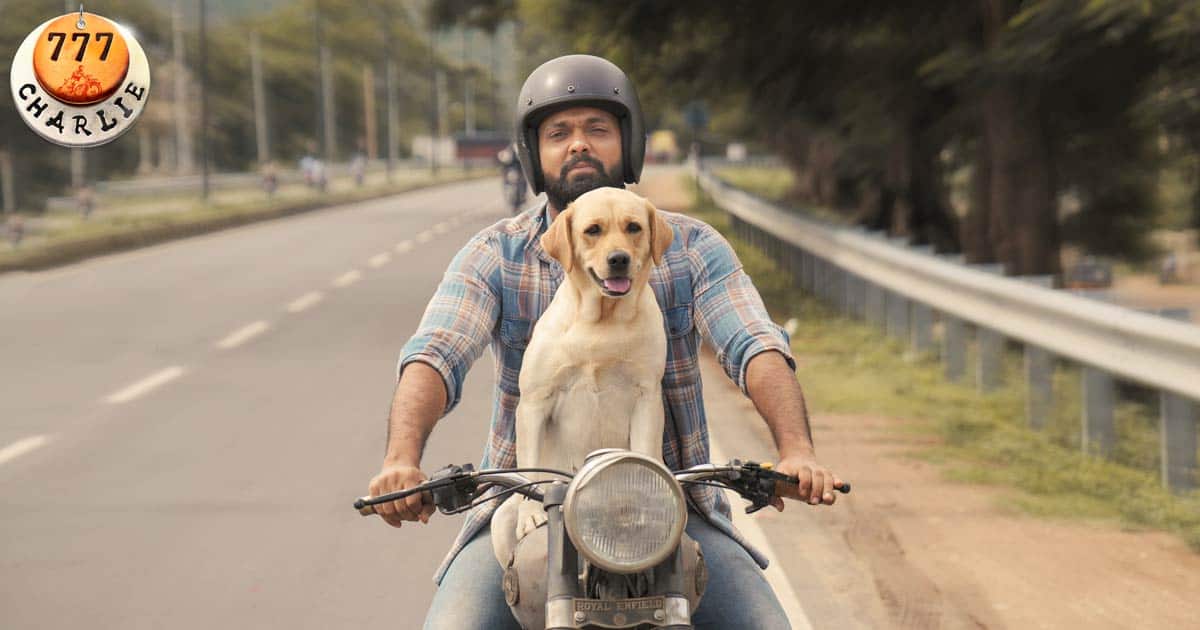 777 Charlie is finally here in theatres. Starring Rakshit Shetty and a dog named Charlie in the lead role, the film is receiving rave reviews from all around. Made on a moderate budget, the film opened on a good note at the box office on day 1. Below are all details you need to know.

Not a known face among the Hindi-speaking audience, Rakshit is a popular face in the South due to his work in the Kannada film industry. The Kirik Party actor is known for delivering some fresh and unique films. This time too, the actor along with an adorable dog delivers a heartwarming tale of love and friendship.

777 Charlie was in news due to its trailer and as expected, the film has taken a good start at the box office on day 1 by making 6.50 crores*. Almost all contributions are coming from the Southern states as the Hindi version has seen a dismal start. Blame the poor distribution, people aren’t getting to watch the film’s Hindi version due to very limited shows. As word-of-mouth is extremely positive, let’s hope more shows will be allotted from today onwards.

Nonetheless, 777 Charlie is off to a good start and considering its moderate budget of around 28-30 crores, the film will be a good success in its first week itself.