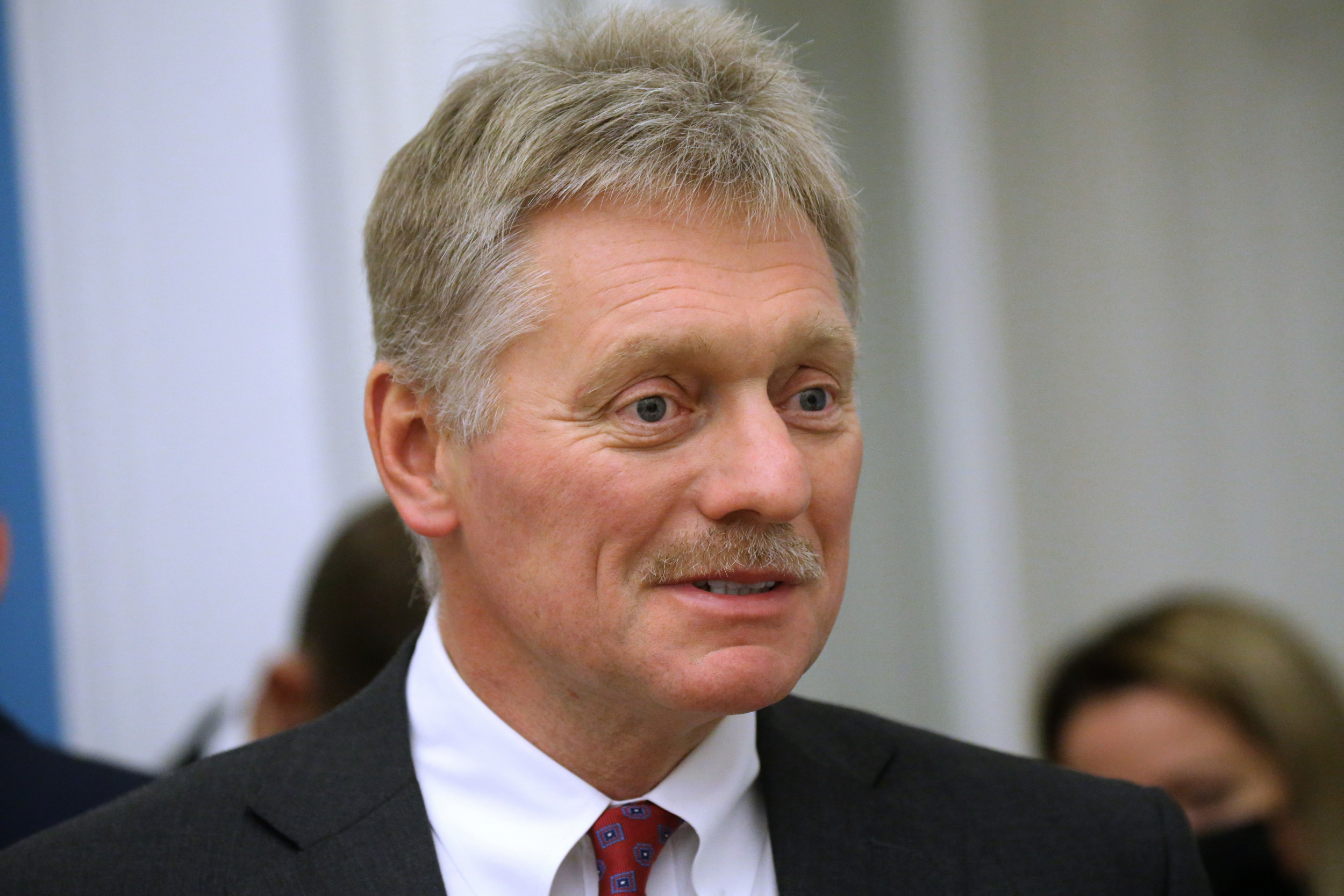 Kremlin spokesman Dmitry Peskov said Ukraine should accept its current predicament, surrender and give up territory to Russia.

Russia and Ukraine have been trying to reach an agreement to end the war that began when Russia invaded in late February, but they have yet to find common ground on key issues. One of the main disagreements has been about areas of Ukraine that have come under Russian control and Kyiv looking to retain all of Ukraine’s territory.

Peskov provided a look into what leaders at the Kremlin expect Ukraine to do to resolve the debate, according to Ukrainska Pravada.

“Moscow expects Kyiv to accept Moscow’s demands and accept the de facto situation—the real situation that exists,” Peskov said during a radio interview, according to an English translation from Google Translate.

“Kyiv needs to recognize the de facto situation and simply assess it soberly” after Ukrainian President Volodymyr Zelensky said Wednesday that Russian President Vladimir Putin is in “an alternate reality” and needs to be “shoved into the reality of today.”

In March, just weeks after Russia invaded, Peskov said that Russia would cease its military offensive “in a moment” if Ukraine met its demands, according to Reuters.

Russia’s demands, according to Peskov, include Ukraine stating that Crimea is a Russian territory, altering its constitution to mention it would remain neutral as well as the Ukrainian government providing indication that the Donestk and Lugansk regions—two areas in eastern Ukraine—are independent states.

This week, former U.S. Secretary of State Henry Kissinger said at the World Economic Forum in Davos, Switzerland, that the two warring nations should start peace talks in the next couple of months. He added that Ukrainian President Volodymyr Zelensky should hand over territory to Russia in order to put an end to the war.

“Those who advise Ukraine to give something to Russia, these ‘great geopolitical figures,’ never see ordinary people, ordinary Ukrainians, millions living on the territory they are proposing to exchange for an illusory peace. You must always see people,” Zelensky said in response.

Peskov’s statement about Russia’s expectations of Ukraine come as Vladimir Popov, a Russian military expert, appeared on state-run TV and warned about Russia’s weaknesses against a “very motivated” and “very strong” Ukrainian resistance.

A poll released this week showed that most Ukrainians agree with Zelensky’s refusal to cede territory to Russia, according to Reuters. The survey, conducted by the Kyiv International Institute of Sociology, said that more than three-fourths—82 percent—of Ukrainians do not want to give up a portion of their country, even if that means the invasion continues.

Newsweek reached out to the Russian and Ukrainian foreign ministries for comment.