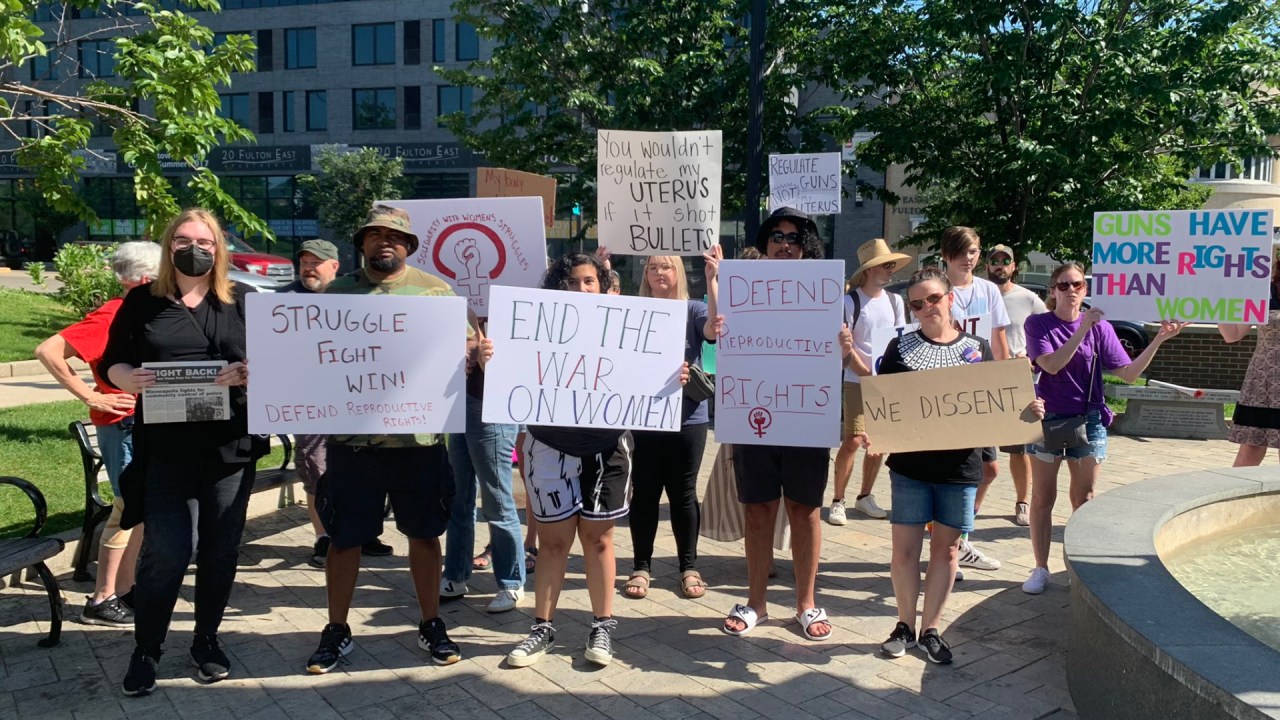 A few dozen pro-abortion rights protesters gathered at Monument Park in Grand Rapids on Friday evening. People came with signs reading “End the war on women,” and “Abortion is healthcare.” They chanted “By body, my choice.”

People representing Michigan’s Reproductive Freedom for All ballot initiative gathered at both the Grand Rapids and Kalamazoo protests, asking people for signatures. They will need 425,059 signatures by around July 11th to put that initiative on the ballot this November, which would put the decision to voters.

Michigan has a 1931 law on the books that makes it illegal to perform most abortions. However, in May, a state judge suspended enforcement of that ban. That means, in Michigan, women can still get an abortion.

Michigan Attorney General Dana Nessel, a Democrat, said she would not enforce the abortion ban or go after providers’ licenses.