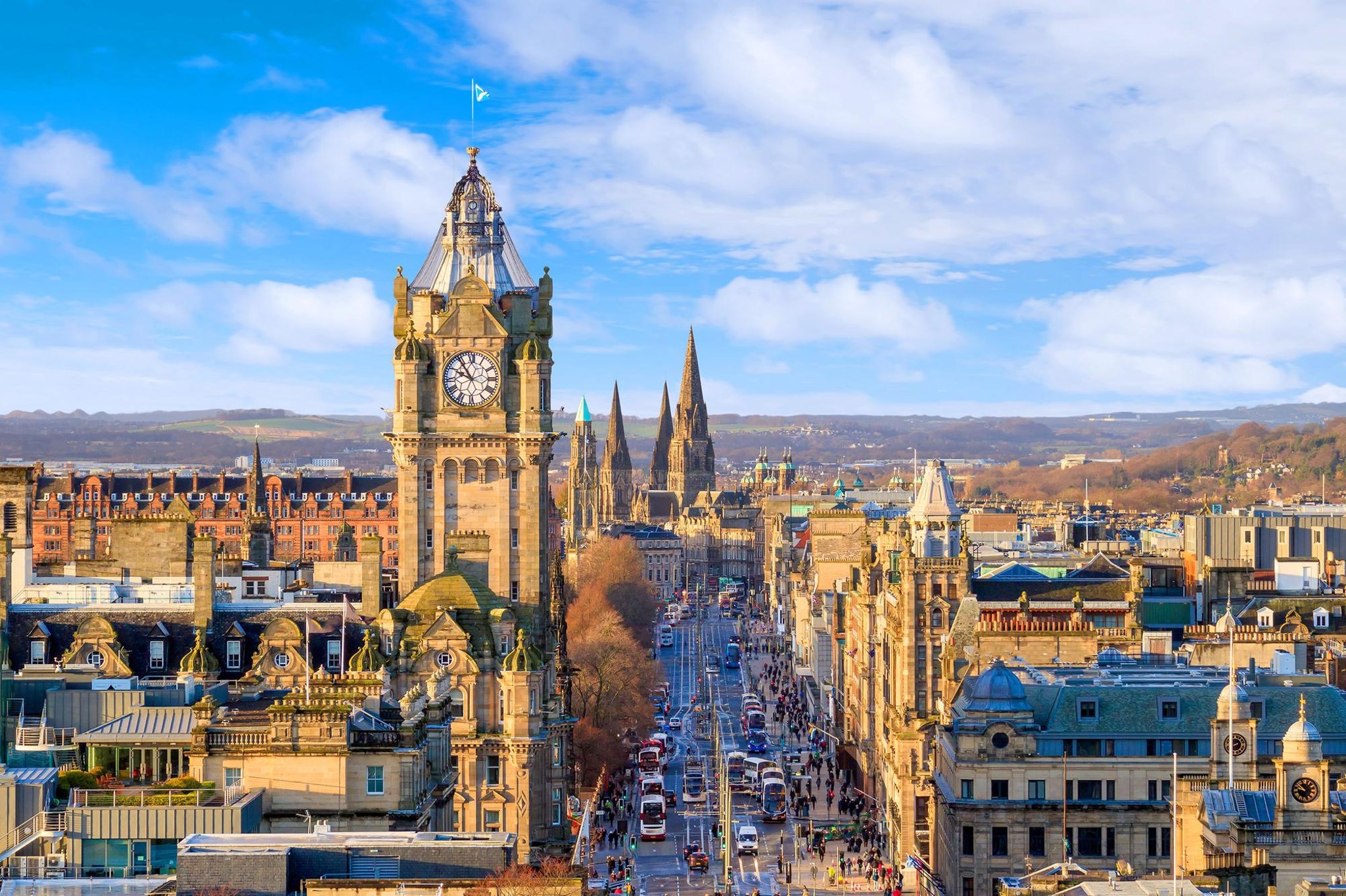 The ESPC review reveals how the housing market performed across Edinburgh, the Lothians, Fife and the Borders in 2021.

That’s according to Paul Hilton, CEO of ESPC, the leading Scottish property portal which has released its ‘year in review’ report of the housing market across these areas over the past 12 months, looking at data including property selling prices, volumes of property listings and sales, and the median time for properties to sell, to understand how buyers and sellers behaved.

Mr Hilton said: “It was an incredibly busy 12 months and we saw big changes across all of ESPC’s market areas, pertaining to property prices, selling times and the levels over Home Report valuation that buyers were willing to pay.

“Of course, the lockdown during the first quarter of 2021 impacted the market heavily at the start of the year, but pent-up demand meant we saw activity levels booming in the months thereafter, with particularly high levels of activity in March through to August.

“Increasing levels of demand has led to a few changes in the market, with larger volumes of buyers paying more over the Home Report valuation than previously, especially for houses. We’ve seen particularly big surges in demand for detached houses, which is unsurprising following three national lockdowns – the ‘race for space’, both inside and outside, was clearly happening throughout 2021.”

Looking closer at the specific regions, East Lothian had the biggest increase over the course of the year, with a 7.3% rise taking the new average to £282,183, while the Scottish Borders saw the largest decline in property selling prices, down 7.7% to £220,439; however, this is likely due to a larger volume of smaller, lower-value properties coming onto the market in this region, rather than this being an overall reflection of prices in the area.

The City of Edinburgh’s average property price rose 3% overall, to £285,902. Within the city, the biggest change was seen in the south west, where the average property selling price increased by 8.2%, to £358,712.

Within Edinburgh, three-bedroom houses were in particularly high demand in certain districts. In Liberton and Gilmerton, this property type saw an 11% increase in average property selling prices, at £287,638, while in Currie, Balerno and Juniper Green, an 11.2% increase took the average price to £359,638. In the city centre, two-bedroom flats in the New Town and West End had an average selling price of £445,369 – a 9.3% increase year-on-year, as demand for city flats returned.

The most affordable property type across the area was one-bedroom flats in Galashiels, with an average selling price of £59,509.

Buyers paid more over Home Report valuation across all areas

In 2021, properties throughout Edinburgh, the Lothians, Fife and the Borders attained 105% of their Home Report valuation – 1.6 percentage points more than in 2020, when buyers paid 103.4% on average. This is indicative of increasing levels of demand from buyers, and higher levels of competition, meaning buyers were compelled to offer more to secure their chosen properties.

All regions saw an increase in the amount paid over Home Report valuation, with buyers paying the most in East Lothian. Here, homes attained 108.2% of HRV on average, 4.9 percentage points higher than 2020 levels, when buyers paid 103.3% on average. East Lothian has seen particularly high demand post-pandemic, thanks to its proximity to Edinburgh, the coast and the countryside, so this is an unsurprising result.

The biggest changes were seen in the Borders and East Fife, where increases were 5.5 and 5.2 percentage points higher than 2020 respectively.

With buyer demand outstripping property supply throughout much of 2021, it comes as no surprise to see that the median sales times reduced across many areas, as competition for properties heated up. The median sales time across Edinburgh, the Lothians, Fife and the Borders decreased by three days in 2021, taking the new median to 17 days.

Properties in West Fife and Kinross sold the fastest overall; here, properties went under offer in a median time of 12 days, seven days quicker than in 2020. The biggest changes were in East Fife and the Scottish Borders, where both areas saw a reduction of 23 days in the median sales time compared to 2020. East Fife properties went under offer in 19 days in 2021, while Borders homes took 18 days to be snapped up. The median sales time in Edinburgh stayed the same as 2020’s figures, at 19 days.

The fastest-selling property types were three-bedroom houses in Crossford (West Fife and Kinross), and two-bedroom flats in Dunbar (East Lothian), which both took just six days to go under offer.

Following the lockdown-induced interruptions to the 2020 property market, 2021 saw a 40.4% rise in the volume of property sales across Edinburgh, the Lothians, Fife and the Borders. Within this, we can see a particular rise in sales of one and two-bedroom flats, and three-bedroom houses – indicative perhaps of a larger number of first-time buyers stepping into the market.

Outside of Edinburgh, the highest volume of sales was for three-bedroom houses in Dunfermline, although this figure was down 13.9% on 2020’s levels.

In Midlothian, three-bedroom houses in Penicuik sold in the largest volumes, up 24.4% on 2020, while in East Lothian, two-bedroom flats in Musselburgh experienced a 52.5% increase.

Looking at West Lothian, the highest volume of sales belonged to three-bedroom houses in Kirkliston, levels of which increased by 32%. In the Borders, two-bedroom flats in Galashiels were far and away the most popular property type.

2021 saw a 7.3% increase in properties listed for sale across Edinburgh, the Lothians, Fife and the Borders, but comparing this to the volume of property sales, we can see that buyer demand heavily outweighed the supply of available properties.

Dunfermline had the highest volume of properties listed for sale, but these figures were down 7% on those in 2020. This was followed by Leith, which was down 0.2%; Corstorphine, where there was an increase of 1.9%; and Musselburgh, with a 14.4% growth.

Paul Hilton added: “Towards the end of the year, we began to see things cool off slightly, which leads us to expect more ‘normal’, pre-pandemic levels of activity for 2022. We hope to see seller confidence remain and even increase during the 12 months ahead, bringing more properties to the market, which would balance out the levels of buyer demand that the market has experienced over the past two years, and give house hunters more choice when looking for their next home.”

For more from ESPC, or to view properties currently on the market, visit espc.com.