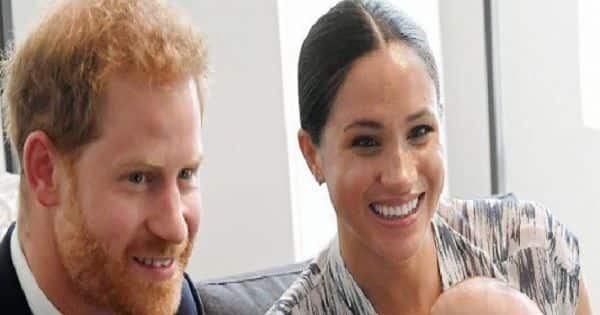 Prince Harry and Meghan Markle’s wedding was no less than a fairytale for their fans and followers. But what was even more inspiring is Price Harry’s stand for his wife Meghan during her dispute with the Queen herself and the royal family. Prince Harry is the first prince ever to stand by his wife and not live in the palace and abide by the rules. And he even spoke about their dispute in public which has never happened and he stood by his wife Meghan going against his royal family, he is the man of dreams for sure in REAL. And now one of his interviews with VTeam child reporters Sophia and Jay at the opening ceremony of the Invictus Games is going VIRAL where the Duke of Sussex revealed his one desire for his children who is 2 year old and 10-month-old Archie and Lilibet. Also Read – Khatron Ke Khiladi 12: Lock Upp star Munawar Faruqui bags Rohit Shetty’s show along with Chetna Pande

In an interview, he was asked about his wish for his kids with wife Meghan Markle, he said ” To grow up in a better world. To grow up in a fairer world, a safer world, a more equal world. It’s not going to be easy, but I will never, ever, ever rest until I have as a parent tried to at least try to make the world a better place for them because it is our responsibility that the world is the way it is now.” He even said that he doesn’t believe in bringing the children into the world unless we are going to make that commitment to make it better for them. He added, ” We cannot steal your future.” Also Read – Aamir Khan relishing mango with his son Azad is relatable AF; fans ask, ‘Aap bhi aam chus kar khate ho?’ – View Pics

Meghan in her interview had left everyone shell shocked by revealing that she had suicidal thoughts at one point in her life, ” I was really ashamed to say it at the time and ashamed to have to admit it to Harry, especially because I know how much loss he has suffered. But I knew that if I didn’t say it, I would do it — and I just didn’t want to be alive anymore”. Also Read – Before Naga Chaitanya remarriage reports, rumours of Hrithik Roshan, Malaika Arora and more stars marrying right after their split went viral