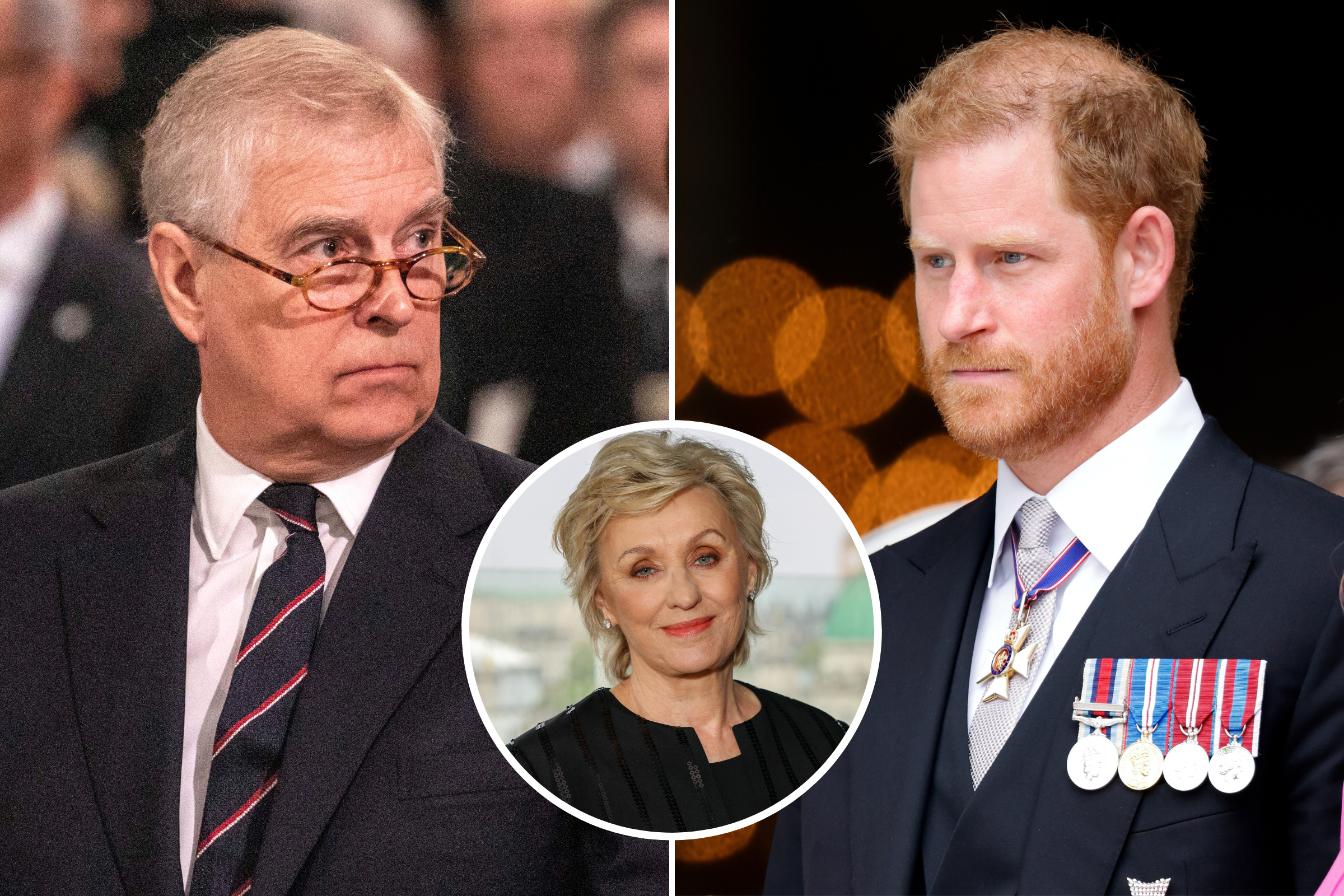 Prince Harry poses a “bigger problem” for the British monarchy than Prince Andrew, whose damage to the royal family has been “ring-fenced” according to author and former editor of Vanity Fair, Tina Brown.

Speaking to Bloomberg‘s In The City podcast, Brown discussed the condition of the monarchy in the year Britain celebrates Queen Elizabeth II‘s Platinum Jubilee, her 70th year on the throne.

During the podcast, Brown said that “the monarchy seems more reassuring than ever, but that monarchy is at a frail point because everybody knows this is the last jubilee of Queen Elizabeth II and the question of how they will feel British after the queen dies is a big one.”

The author of The Palace Papers also described Prince Andrew, who made headlines in June over his canceled planned public appearance at the Garter Day ceremony, as having “not enhanced the gravitas of the crown” following his involvement in a sexual assult lawsuit in 2021.

The lawsuit was brought against Andrew by Jeffrey Epstein victim Virginia Giuffre in the United States. The prince denied the allegations, although he stepped down from his official role and patronages. In early 2022, Andrew reached a multi-million dollar out-of-court settlement with Giuffre.

In light of the settlement, Brown said she thought that though the optics of Andrew appearing in a prominent position at Prince Philip’s memorial service in March were “distressing”, those future problems have been “ring-fenced, because people understand that, OK, every so often the queen is going to want her son next to her.”

In terms of who has the potential to cause greater problems for the royal family moving into the future, Brown said she felt it is not Andrew, but Harry who holds that title.

“I think Harry is a bit more of a problem,” she said, “because you never quite know what he’s going to do next. He keeps them all on the back foot wondering where the bombs come from.”

Brown’s statements were made in connection with a number of revelations made by Harry since stepping down as an official working royal with Meghan Markle in 2020.

In March 2021, the couple sat down for a landmark interview with Oprah Winfrey where they claimed an unnamed member of the royal family made racially insensitive comments about the skin color of the couple’s future children, adding they felt that they received no support from the royal family or household when they admitted to struggling with the media.

The interview caused widespread backlash against the royal family and in the days following its broadcast, Prince William broke with the royals’ established motto of “never complain, never explain” responding to a question from a reporter over whether the royals were racist with the statement: “We are very much not a racist family.”

Since the interview with Winfrey Harry has repeated his grievances with the royals in the docuseries The Me You Can’t See as well as making comments about wanting to make sure that the 96-year-old queen was “protected” and “had the right people around her.”

Perhaps the biggest concern for the royals, so far as Harry is concerned, looming in the future is the publication of his memoir which is due for release by the end of the year.

A press release made at the time of the book’s announcement stated that Harry’s intention to write “not as the prince I was born but as the man I have become.”

He also stated that the publication will detail “the highs and lows, the mistakes,” and “the lessons learned” throughout his life. How many of these will relate to the royal family and how much the prince chooses to reveal is yet to be seen.

Despite the problems the book may pose, Brown believes that the future of the royal family is stable with Prince Charles having the potential to make a good “transitional monarch.”

“Charles will not be, of course, the same kind of revered figure as his mother, he can’t be,” she said.

“But I do think that there’s kind of an acceptance and almost an affection for Charles at this point because everyone does understand that the causes of Charles have really been genuine and now that he’s married Camilla longer than he was to Diana, there’s a sense that he is now an unapologetically happy man and that radiates forth.”

“He can become a kind of ‘grandfather of the nation’ figure and transitional monarch,” she continued adding that, “really his task is to get things in order for William and then William and Kate, it’s over to them.”