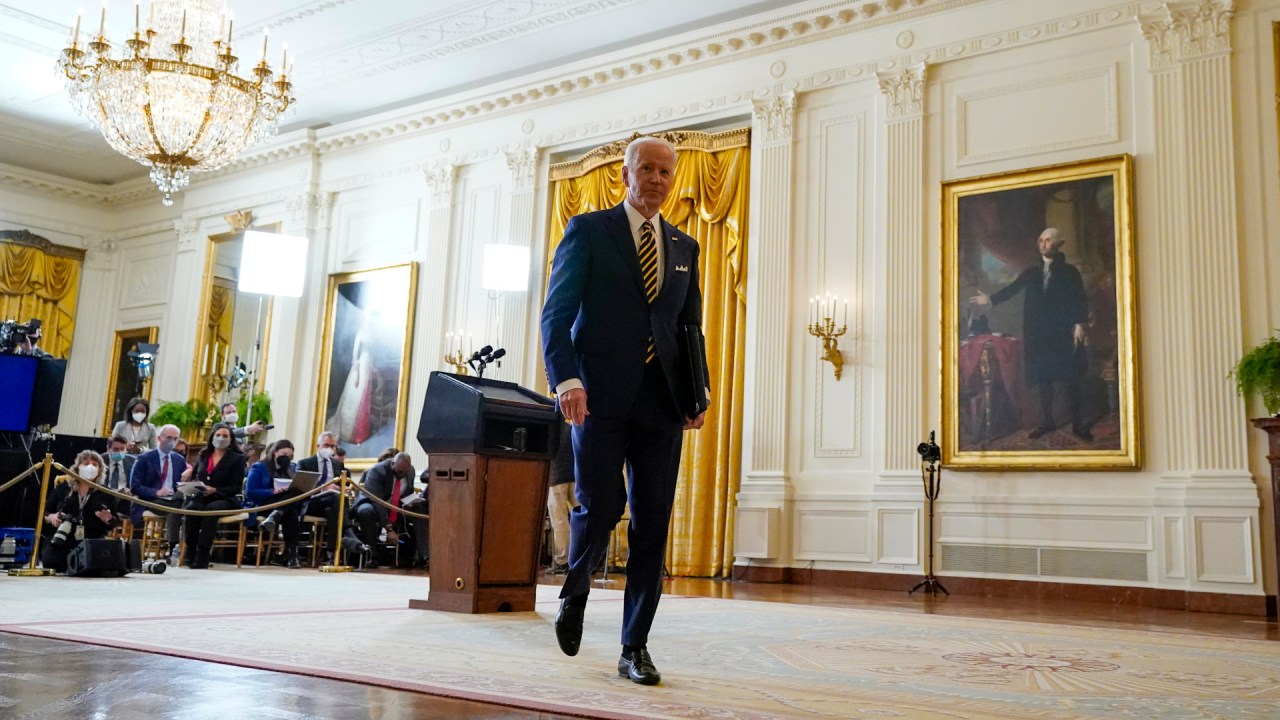 In the EPIC-MRA poll released Sunday morning, 66% of people recently surveyed gave Biden an overall negative job rating. Only 32% gave him a positive rating. The remaining 2% were undecided or refused to answer.

Michigan Gov. Gretchen Whitmer, a Democrat like Biden, fared a little better. Half of those surveyed had a favorable impression of her and 43% unfavorable.

Asked to rate her job performance, 52% gave her a negative rating and 45% positive. The remaining 2% were undecided or refused to answer.

The poll also asked people what they thought about the state’s COVID-19 outbreak, with 45% agreeing it was worsening recently, and how the economy is doing, with 65% saying not well.

EPIC-MRA polled 600 people between Jan. 15 to Jan. 20. Forty percent of respondents identified themselves as Democrats, 39% as Republicans and 15% as independents; the remainder identified otherwise, were undecided or declined to answer.