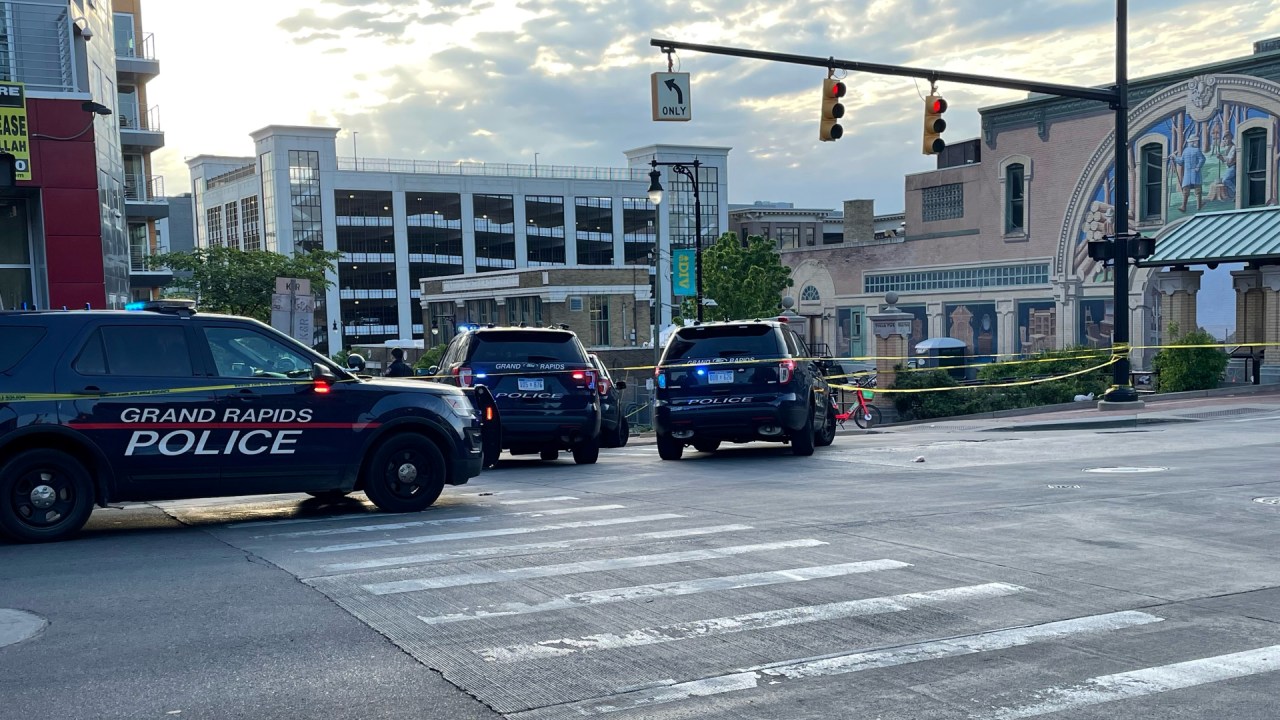 GRAND RAPIDS, Mich. (WOOD) — One person was shot and killed in downtown Grand Rapids on Tuesday night, according to Grand Rapids Police.

The victim was a man in his 20s, police say. GRPD is still looking for the suspect, and do not currently have a description.

The shooting happened after 7 p.m. on Cherry Street between Commerce Avenue and Division Avenue. Police blocked off at section of the road and an adjacent alleyway, and cleared the scene just after 10 p.m.

Several witnesses who live above the scene told News 8 they were on Division Street at the time of the shooting and said there was a large group of people around Pekich Park. Now, police have placed exhibit markers there and at the end of the alleyway.

Another witness who lives in an apartment building just south of the scene says he heard around five to seven gunshots, which he says sounded like a car misfiring.