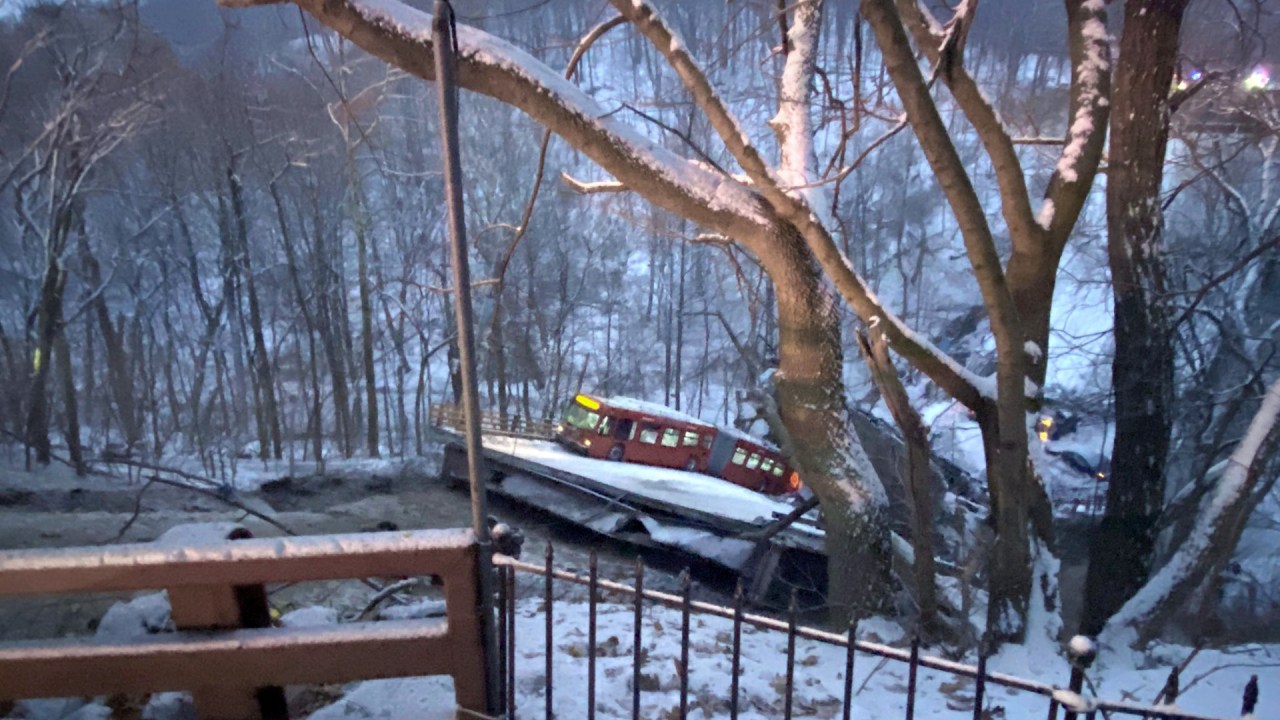 The collapse came hours before President Joe Biden was to visit the city to press for his $1 trillion infrastructure bill, which includes bridge maintenance.

There were minor injuries from the collapse but no fatalities, said authorities, who also said they were flying drones to make sure no one is under any collapsed sections.

Police reported the span, on Forbes Avenue over Fern Hollow Creek in Frick Park, came down just before 7 a.m.

A photo from the scene showed a commuter bus upright on a section of the collapsed bridge.

City officials said the collapse caused a gas leak but the gas has since been shut off.

Pittsburgh Bureau of Fire Chief Darryl Jones said three or four vehicles were involved in the collapse and there were 10 minor injuries with three brought to the hospital. None of the injuries were life-threatening, Jones said.

In a statement, the White House said Biden would proceed with his planned trip to Pittsburgh.

“Our team is in touch with state and local officials on the ground as they continue to gather information about the cause of the collapse,” the statement said. “The President is grateful to the first responders who rushed to assist the drivers who were on the bridge at the time.”