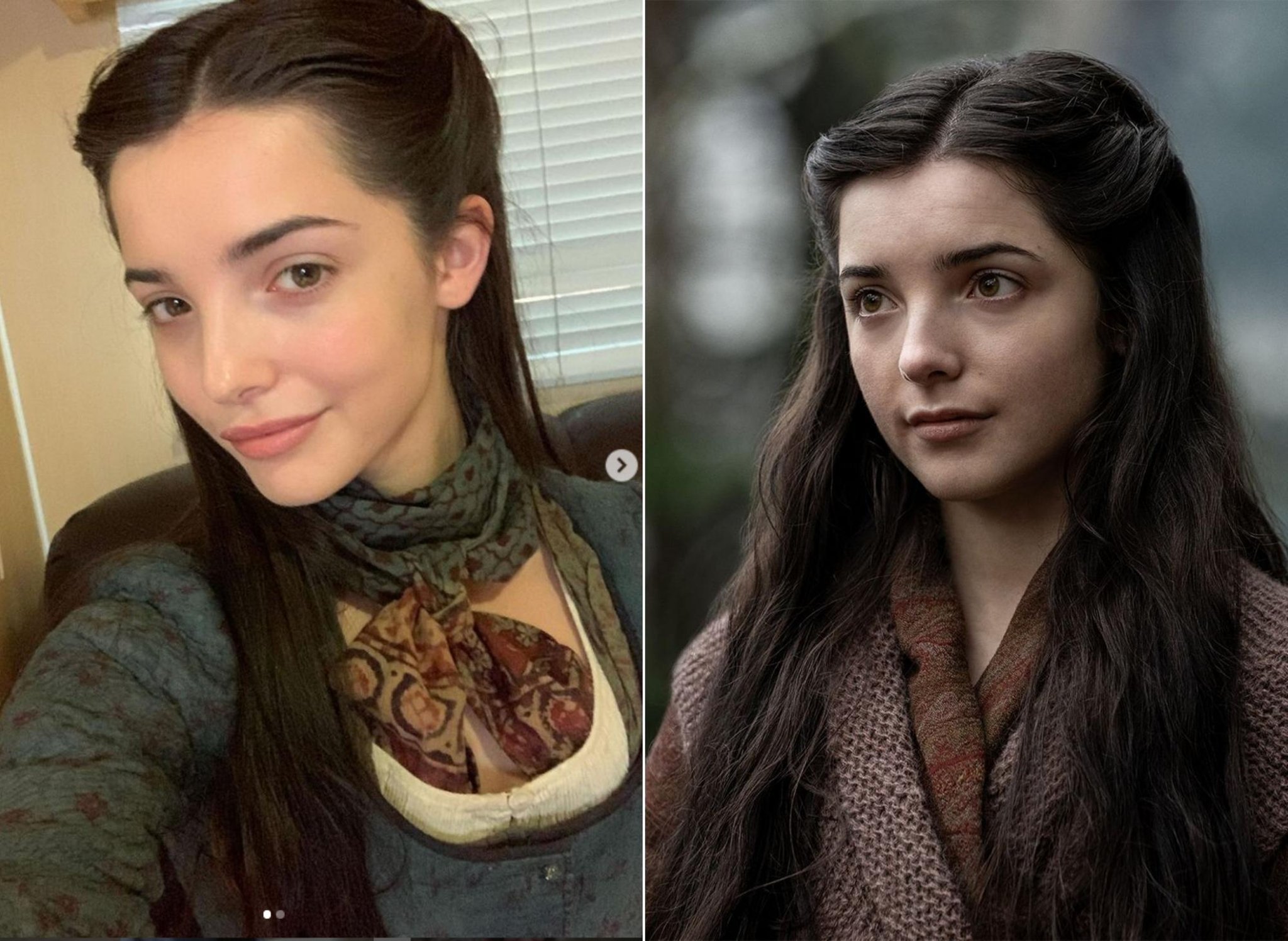 Well, that was an episode.

The young daughter of Tom Christie tested Claire and Jamie’s (Caitriona Balfe and Sam Heughan) relationship, and the episode ended on a harrowing cliffhanger.

Many have praised newcomer Jessica Reynolds for her performance this series, so here’s everything you need to know about the actress.

Who is Outlander Malva actress Jessica Reynolds? Age, height, and where is she from?

She studied at the Liverpool Institute for Performing Arts (LIPA), which was founded by Paul McCartney.

Aged 17, she was cast as Gwen in Morgana for Disney, then went on to drama school shortly afterwards.

Reynolds’ work on the stage includes Beatrice in Much Ado About Nothing, Rachel in Second Person Narrative, and Alais in The Lion In Winter.

This latter part somewhat echoes Reynolds’ casting as Malva Christie – the plot revolves around a “devout community” suffering from a plague which is “torn apart by a beautiful young woman and the forces of witchcraft, black magic, and possession”.

But it was in Outlander Season 6 when she got her big break, cast as Malva Christie alongside Mark Lewis Jones as Tom Christie and Alexander Vlahos as Allan Christie.

What has Jessica Reynolds said about playing Malva Christie and meeting Outlander cast?

Being interviewed at the Outlander Season 6 world premiere, Jessica Reynolds said: “I had the best fun. It’s always about finding that balance between how far should I push this in terms of the things that she does.

“And then finding that innocence as well. Because she is at the end of the day just a scared little girl who’s been brought up by men and not been able to find her place.

“It’s about picking scenes when she is being genuine and when she’s not.”

Asked what it’s like joining the Outlander family, Reynolds said: “It’s massive. I’ve never done anything as big as that so of course it’s intimidating.

“I actually remember the first day on set meeting Caitriona and Sam and just thinking ‘you’re so tall, you look like supermodels’!

“But then two days pass and we’re all just laughing and joking together. They’re just kind, cool, normal people.”

Early on in Season 6, Malva took a shine to Claire and became her young apprentice.

“There’s so many bits in the script where so many people would be disgusted with it, and Malva she’s just enraptured in all of it. She’s just ready to have a purpose.”

Reynolds added: “We start off with a very innocent [girl], eager to learn, she’s got the world in front of her.

“She thinks this is her chance to blossom and become a woman potentially like Claire, and then lots of stuff gets in the way.”