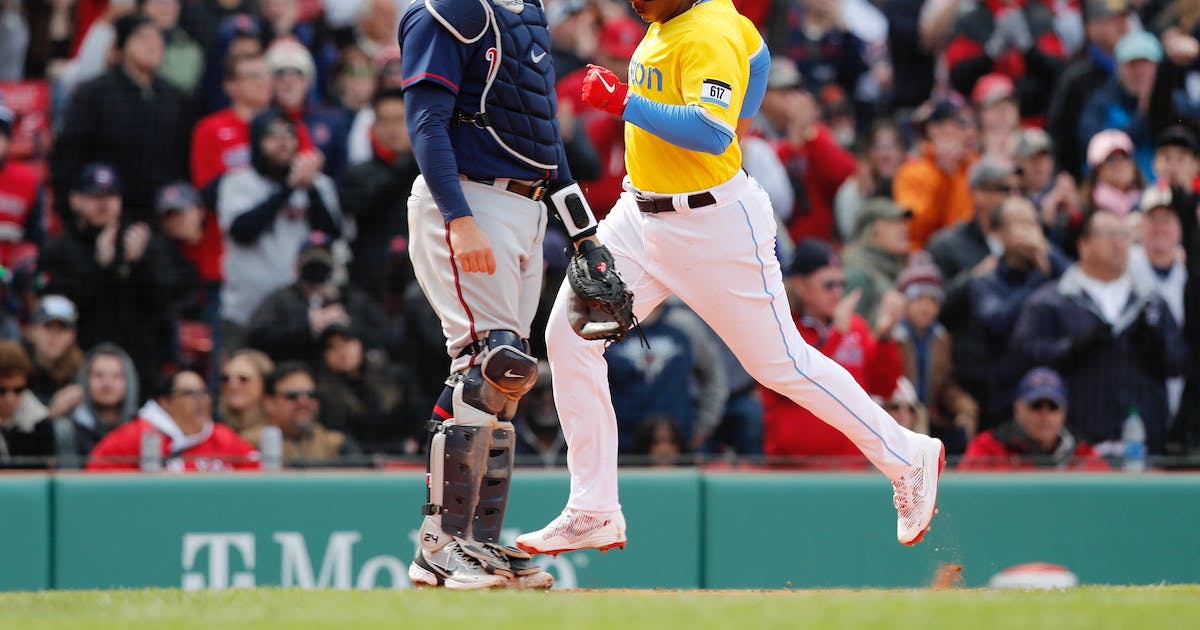 Max Kepler singled on Sunday, moved up two bases on Gio Urshela’s hit, and scored on a Trevor Larnach sacrifice fly, a journey notable not just for the fact that it provided the Twins’ only run in their past two games at Fenway Park, but that it was the only one of two times a Twin even reached third base.

Bailey Ober didn’t allow an earned run over six innings, but Minnesota lost for the fourth time in five games, 8-1 to the yellow-and-blue-clad Red Sox, to fall into the same spot where they ended last season: Alone in last place in the AL Central.

The Twins’ offense has mostly fizzled since Opening Day. They entered the day hitting .189 as a team, worst in the American League, and Red Sox starter Michael Wacha only made things worse, surrendering just one hit over five innings. The Twins finished the day with four hits, the sixth time in nine games they’ve been held to five hits or fewer.

They’ve also scored only 15 runs in the past week, eight of them on Friday; they’ve driven a run across the plate in only nine of their last 53 innings and have four hits in their last 33 at-bats with runners in scoring position.

Ober kept the game close in his six innings by keeping the Red Sox scoreless in the first five. But a Miguel Sano error to lead off the sixth inning triggered a Boston rally that handed Ober his first loss of the season. Xander Bogaerts followed by lining a double off the left-field wall, and a pair of sacrifice flies by J.D. Martinez and Alex Verdugo produced all the runs Boston would need.

The Red Sox added six more in the eighth, however, victimizing Caleb Thielbar and Cody Stashak with seven hits in the span of eight at-bats.