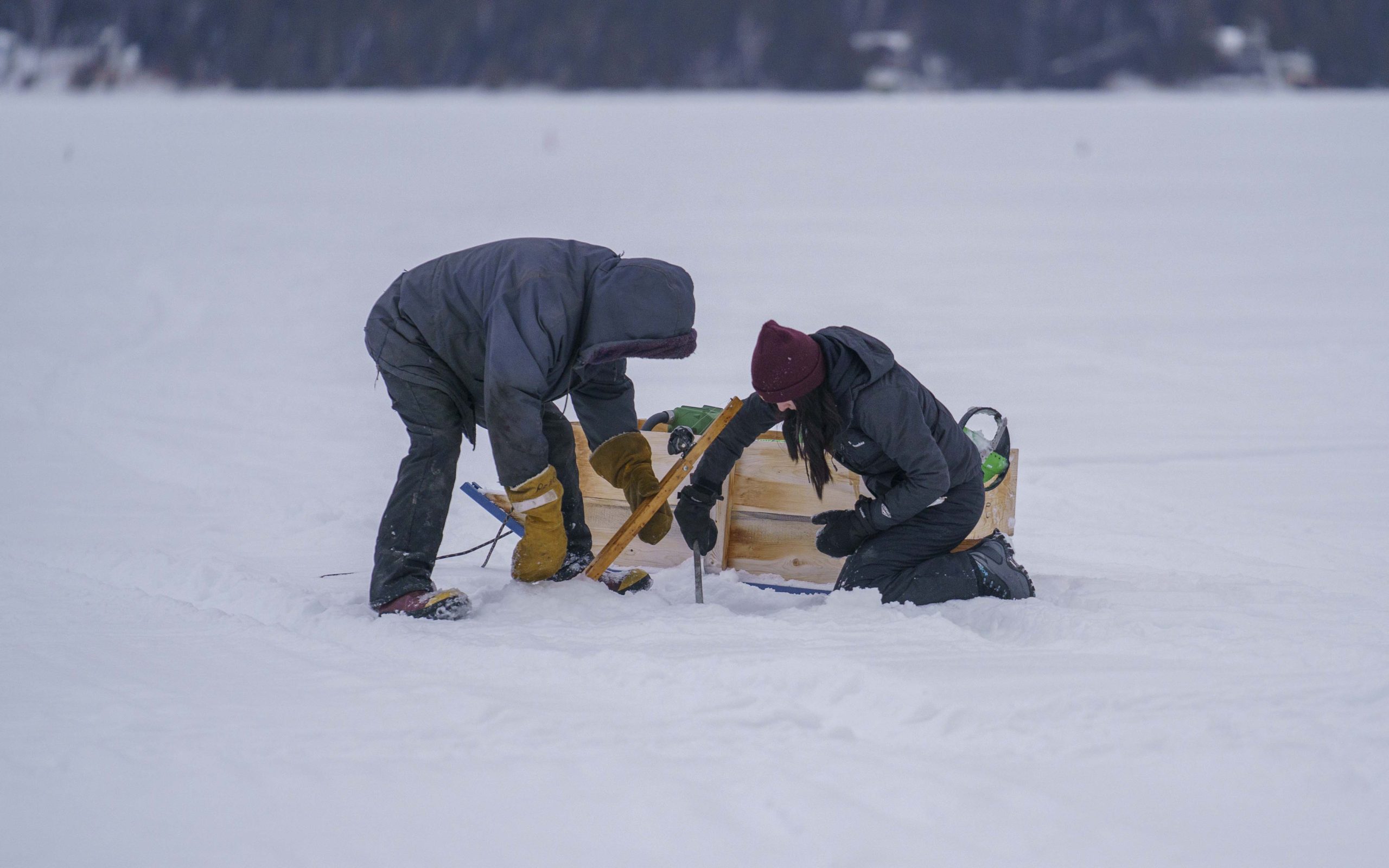 ST. AGATHA, Maine — Maine’s ice fishing season was going strong on Saturday, with fishermen preparing to hunker down on the ice in both the St. John Valley and the Moosehead Lake region in the face of a nor’easter.

While many stayed home for the storm, winter sports enthusiasts headed out with augurs and poles for the 17th annual Long Lake Ice Fishing Derby in St. Agatha and the 15th yearly derby on Moosehead.

For many, these derbies are a chance for family and friends to come together and spend quality time huddled around ice holes, sharing stories and forging lifelong memories. Such was the case for the Tufts family, who arrived on Long Lake Friday evening with plans to embrace the climate in hopes weather conditions would spark fishing activity.

The family camped out on the ice overnight to prepare for the derby. On Saturday morning, they gathered outside their insulated pop-up cabins in negative 11-degree weather, cooking sausages for breakfast sandwiches on a grill in the middle of the lake near what used to be the Long Lake Sporting Club.

The Tufts family said Saturday morning that with the incoming weather they intended to bunk down when the snow began and move their operation back inside the cabins to wait out the storm.

“Well, we live in Maine. At this point we’re used to the snow,” Mike Tufts said.

Mainers at heart, they said they intended to just go with the weather and hope the change in barometric pressure, the measurement of air pressure in the atmosphere associated with changes with the weather, would make fish more active during the day and overnight.

Closer to the shore sat a Pepto-Bismol-pink ice shack owned and operated by 12-year-old Carter Cyr. Cyr was in the cabin fishing alongside his father Chuck Cyr, while Carter’s mother Jessica Cyr kept them company.

Carter’s parents wanted to teach him financial responsibility and helped him start his own ice cabin rental business. Jessica said this weekend marked the cabin’s first time out on the lake, and the family couldn’t think of a better way to break it in than to use it in the derby.

The Cyr family was out on the lake early Saturday morning monitoring six different holes and had boxes full of doughnuts to share with nearby fishermen. After several hours of checking flags, Carter had only caught one small perch but said the day was still young.

Those fishing in the 17th annual Long Lake Ice Fishing Derby were competing through Sunday for awards worth more than $45,000, with $21,000 in cash prizes. Other prizes include a 2022 Ski-Doo, a new Sportshack Ice Shack, and an ultimate fishing package.

The 15th annual Moosehead Lake Togue Ice Fishing Derby opened Friday morning and was set to end Sunday. The fisherman with the heaviest fish will walk away with a $1,500 cash prize while second place will take $500 and third will win $250.