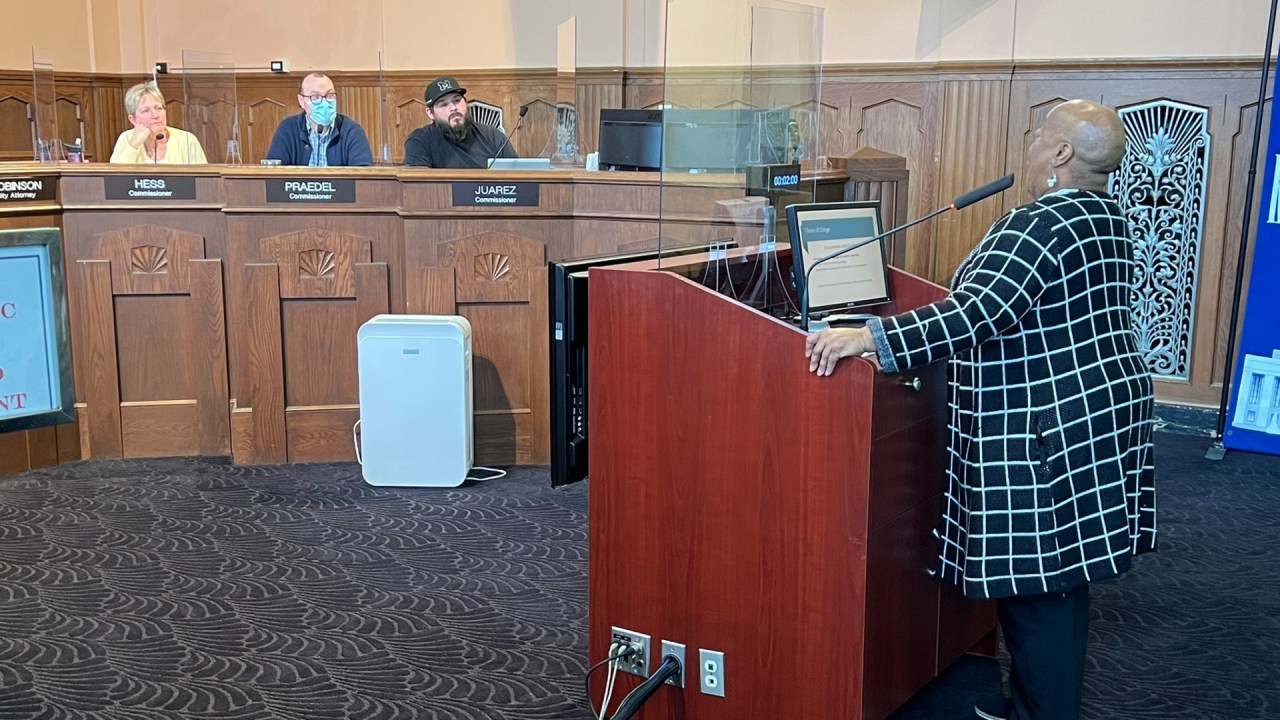 KALAMAZOO, Mich. (WOOD) — At their meeting Monday night, Kalamazoo city commissioners were presented with a 155-page assessment by the Michigan Public Health Institute that found some disparities when it comes to race, gender and their own work environment.

Among its findings, the monthslong study by the nonprofit Michigan Public Health Institute discovered microaggressions in workplace culture that were unaddressed if reported, and a lack of standardized protocols surrounding diversity, equity and inclusion (DEI).

Dorla Bonner, who was brought on to be the city’s director of DEI, said there are polar extreme differences in perspective, even those in leadership positions.

“One leader said that (us) hurting is painful,” Bonner said. “Another leader said to me, ‘I wonder if the people of color are telling the truth.’ My response was, ‘Well, I’m pretty sure they are, because that’s my experience too.’”

According to the study, almost three times as many Black city employees and twice as many Hispanic employees experienced unfair treatment compared with white employees. Ryan Rowe, who led the assessment project for MPHI, said women dealt with such instances twice as much compared to their male counterparts.

“We had a preponderance of data around Black employees and women employees that said when they reported these things, they were unaddressed,” Rowe explained. “That often led to them not reporting them in the future because of a fear that nothing would happen.”

Commissioners, especially Esteven Juarez and Stephanie Hoffman, were overwhelmingly receptive to the findings, promising change and hoping the data is a catalyst for what’s to come.

“We shouldn’t have to fight for a spot at the table. It makes no sense,” Juarez said. “We all have the greatest thing in common — our humanity. There is no one in this place greater than another. We have to see that. We have to see it for what it is.”

“To come here and live in this environment, it is unjust. It’s unfair,” Hoffman said. “I’m with you. We’re going to do something about it. We can change this. … This is real.”

Bonner says progress from such changes won’t be felt for a few years, but the time is now to go the same way together.

Multiple recommendations were stated in the study, but it is unclear which and how many the city will implement in its policies. For now, Bonner says the study is still a work in progress, with the last round of those employee surveys expected to be done no earlier than the end of this week.