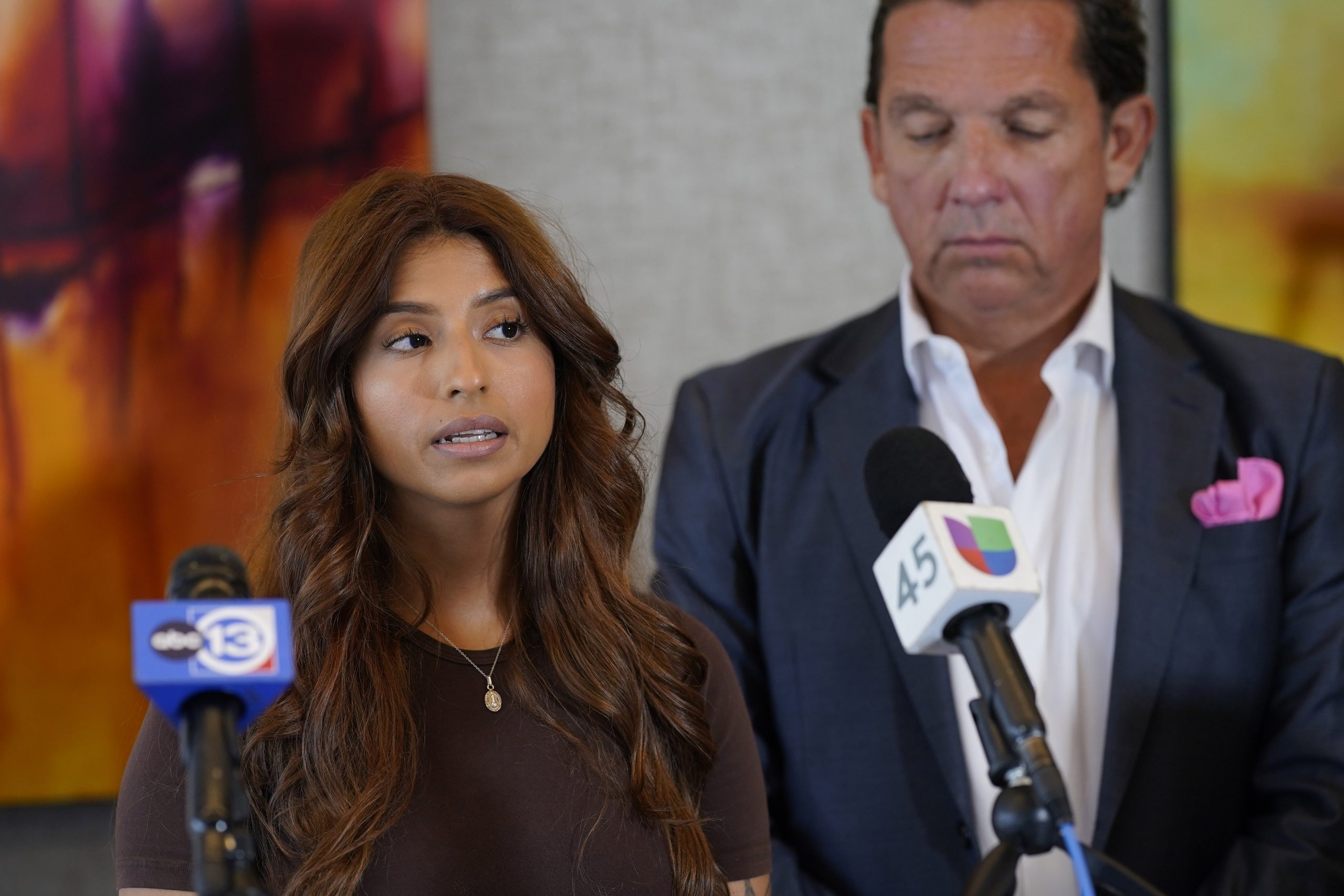 If you or someone you know needs resources or support related to sexual violence, contact the Maine Coalition Against Sexual Assault’s 24/7 hotline at 800-871-7741.

The BDN Editorial Board operates independently from the newsroom, and does not set policies or contribute to reporting or editing articles elsewhere in the newspaper or on bangordailynews.com.

The disciplinary process in the case of NFL quarterback Deshaun Watson is somewhat confusing. But process aside, it is crystal clear that a six-game suspension is not a strong enough penalty for a player who has been accused of sexual assault or harassment by two dozen women — with the NFL’s disciplinary officer finding that the league did prove by a preponderance of evidence that Watson committed sexual assault as defined by the league.

Twenty-four massage therapists in Texas have filed civil lawsuits against Watson alleging he sexually harassed or assaulted them during appointments in 2020 and 2021. Watson has denied allegations against him while also settling 23 of those suits. His former team, the Houston Texans, have settled with 30 women after being accused of ignoring and enabling Watson’s alleged behavior. Multiple grand juries in Texas have declined to prosecute Watson on criminal charges.

The NFL reportedly wanted to suspend Watson for at least a year and fine him as much as $10 million. But the decision about punishment, at least initially, fell to former federal judge Sue Robinson as part of a disciplinary process agreed to by both the league and the NFL players’ union.

The NFL’s report, and thus Robinson’s ruling, only focused on four of the 24 complainants. Robinson found that Watson committed sexual assault in each instance, and that his conduct “posed a genuine danger to the safety and well-being of another person.” But she also found that Watson’s actions were “non-violent sexual conduct.”

Understandably, many are struggling with this idea of a supposedly non-violent form of sexual assault. If that interpretation is based on existing NFL policy, or lack of clarity therein, then the policy needs to change. Because sexual violence is just that, violent. And the disciplinary process must adequately recognize the pain and longstanding trauma it can inflict on victims.

“Going through any kind of sexual assault or misconduct can leave a mark that is not easily erased. It’s imprinted on your soul and your brain, and the memories can surface at any time. Those feelings of violation, embarrassment, powerlessness and hurt can come flooding back, leaving you feeling isolated or trapped or even dirty. It can affect your everyday life, from the moment you wake up to the moment you shut your eyes to sleep, and then your dreams could contain even more horrors,” Roscher wrote on Aug. 2. “I can speak for only myself, and not the millions of women who have also been forced into an unwanted sexual situation. But hearing unwanted sexual touching called ‘non-violent sexual assault’ that is not serious enough to warrant a significant punishment released the floodgates of memories and feelings I thought I’d gotten over long ago.”

Donisha Greene is the community engagement director of at the Cleveland Rape Crisis Center in the city that is home to Watson’s new team, the Cleveland Browns. Greene expressed disappointment about Watson’s punishment to Spectrum News, and worried it could trigger sexual assault survivors.

“Especially to those who, who have experienced sexual violence, that it normalizes sexual violence against women. And in our society, in that there are patterns in which the shift of the blame goes from perpetrators to victims,” Greene said. “And that’s not okay.”

No it isn’t. So it is a good thing that the NFL is now appealing the ruling from its own disciplinary officer. As part of the process, NFL Commissioner Roger Goodell has now appointed a former New Jersey attorney general to hear the appeal. The mechanics of this process are somewhat confusing, but they cannot be allowed to obscure the traumatizing impact of sexual violence — and the need to meet that impact with strong penalties.

By continuing to press for a stronger punishment, the NFL can do its part to make sure Watson’s behavior isn’t normalized.