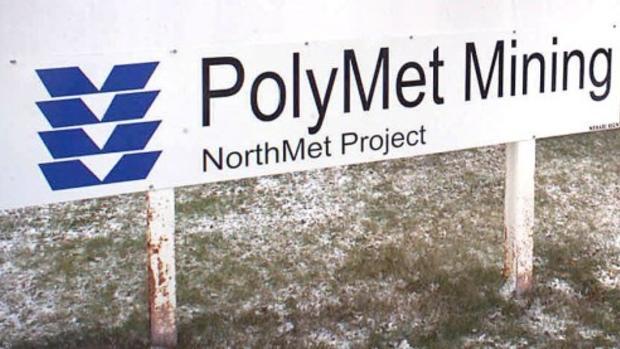 Minnesota environmental groups and a Native American band filed lawsuits challenging federal agencies over their approval of a land exchange with PolyMet.

In 2018, the company exchanged 6,900 acres of its land for 6,500 acres of U.S. Forest Service land where it plans to build its open-pit copper-nickel mine in northeastern Minnesota.

In a complaint filed Tuesday in U.S. District Court in Minnesota, a coalition led by the Center for Biological Diversity argued the Forest Service relied on a flawed 2016 biological opinion by the U.S. Fish and Wildlife Service that said the land exchange would not harm the Canada lynx, which is considered a threatened species under the Endangered Species Act.

The Forest Service, Fish and Wildlife Service and U.S Army Corps of engineers were named in the complaint.

A similar coalition of groups first filed the lawsuit in 2017, but a federal judge in 2019 denied the lawsuit without prejudice, leaving the door open for the lawsuit to be refiled.

Marc Fink, a senior attorney at the Center for Biological Diversity, told the Forum News Service that a provision under the Endangered Species Act requires agencies restart consultation in the face of new information.

He pointed to the plight of the another threatened species: the northern long-eared bat, which have been devastated by the white nose syndrome. The Forum News Service in 2019 reported a cave in Tower’s Soudan Underground Mine saw a 90% drop in population just six years after the disease was first found in the cave.

“By the time the biological opinion was prepared, the white nose syndrome had not made its way to Minnesota yet,” Fink said. “Numbers have really plummeted since then.”

The Center for Biological Diversity was joined in the lawsuit by Save Lake Superior Association, Save our Sky Blue Waters, Friends of the Cloquet Valley State Forest and Duluth for Clean Water.

Separately, the Fond du Lac Band of Lake Superior Chippewa on Monday filed a lawsuit in U.S. District Court in Minnesota against the U.S. Forest Service and U.S. Department of Agriculture. The band said potential pollution from the project would impair its treaty “right to hunt, fish, and gather throughout” in the area it ceded to the federal government in 1854.

The band said that when the U.S. acquired the land in 1935, it was under the Weeks Act, which was meant to product the headwaters of the St. Louis River.

“The Weeks Act only authorizes the Forest Service to exchange the Federal Land if the land to be acquired is ‘chiefly valuable’ for the purpose of ‘regulation of the flow of navigable streams or for the production of timber,’” the band wrote.

The band asked the court to declare the land exchanged violated federal law and to “vacate and set aside the Forest Service’s approvals of the Land Exchange and the Land Exchange itself, including related regulatory and real estate transactions associated therewith.”

Bruce Richardson, a spokesperson for PolyMet, said the company was reviewing the complaints and intended to participated in the lawsuits.

PolyMet is planning an open-pit mine, tailings basin and processing facility near Hoyt Lakes and Babbitt. The mine would be the first of its kind in Minnesota, but a number of its permits continue to face legal challenges. Opponents fear its location in the Lake Superior watershed could lead to widespread pollution from acid runoff.