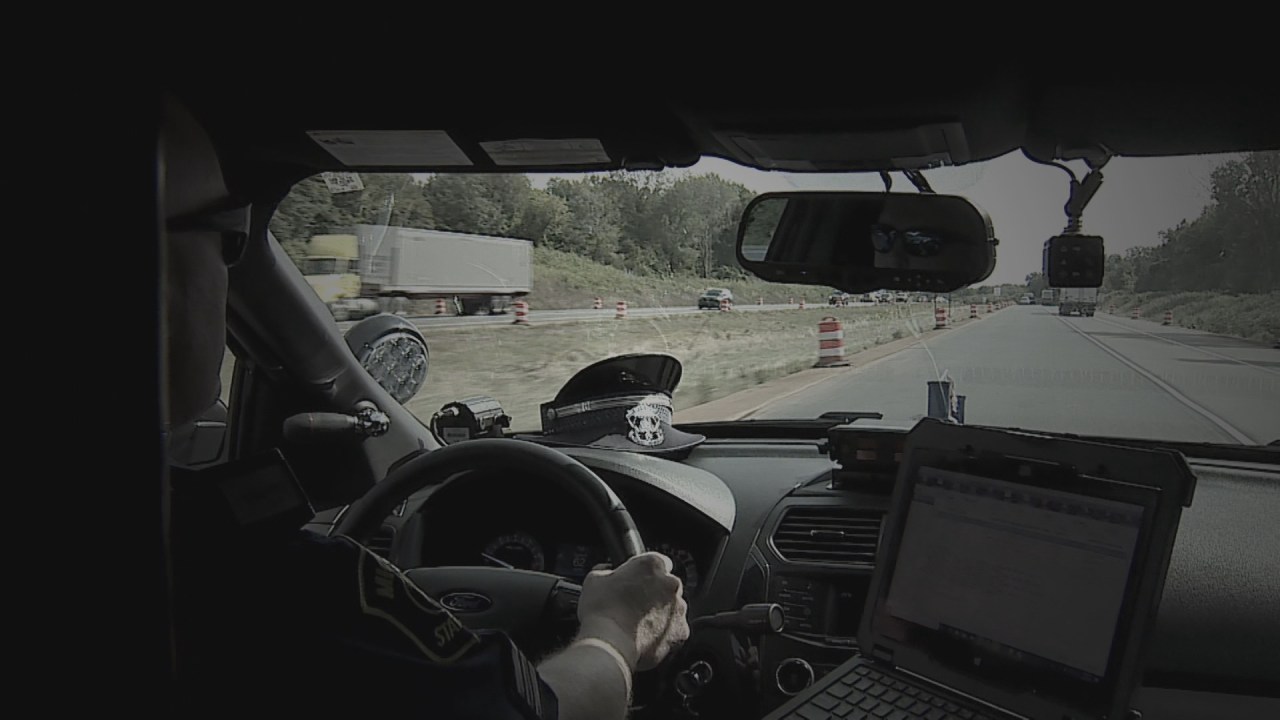 The move came as an unwelcome surprise to the program’s 1,200 members.

“It’s gut wrenching,” said Judy Clinton, whose husband, Wayne Clinton, had been paying into the fund ever since he was hired on as a trooper in the 1950s.

Program participants give either $2 or $5 each time a VBP member dies, with the amount varying based on the status (active or retired) of the program member and the decedent.

It had suspended payouts just days before her husband’s death.

“When I called, I was told (my payment) was probably going to be awhile, or be on hold,” recalled Judy Clinton.

That’s the first time she learned the program to which her husband had donated for six-plus decades was in trouble.

At the same time, MSP continued to bill Judy Clinton as a participating member.

“I was told I had to pay $107. That was the balance for that month. So, I sent the check on the 23rd of April, two days after Wayne died,” Judy Clinton said. “They were still collecting money when they knew the program wasn’t even functioning properly.”

Judy Clinton said though she can afford to forego the death benefit, she worries about others who cannot.

She knows her husband would have had shared that concern.

“He would be, not just upset, he would be very sad and would feel badly for the people who need that extra money when they’re on their own after the spouse passed away,” she said.

He joined MSP in 1969 and considered the Voluntary Benefit Program an “excellent plan.”

“Kinda like an insurance policy, and spouses would get about $10,000 in death benefits,” wrote Ginny Rozema in an email to Target 8.

“So now we are told it is on hold, and they’re not sure we will be getting money at all. I don’t know what happened, but it is wrong, and somebody needs to answer for it. We put a lot of money into the program,” wrote Ginny Rozema.

“We put an envelope on a wall, you put your money in, it was collected by the post commander, sent to Lansing and sent to the family,” explained Ken Knowlton, the chair of the Michigan State Police Troopers Retirees’ Association.

“We had a far simpler, better way to do it back in the day,” Knowlton said. “It doesn’t get any simpler than that.”

At the program’s healthiest point, Knowlton said surviving families would receive $15,000 to $17,000 upon their loved ones’ death.

But in the 1990’s, MSP began administering the program through the state’s electronic accounting system, which allowed for automated billing.

Members would receive several invoices a year depending on how many program participants died.

Some established escrow accounts to ensure funds were available for prompt disbursement to grieving families in need of support.

In recent years, however, Knowlton said amounts paid out dropped from a high point of $17,000 down to around $5,000 as membership in the program declined.

“People started to call and ask about the decline in moneys that were being paid out,” recalled Knowlton, who figured Millennials and Gen Xers weren’t interested in maintaining the family-like atmosphere within the agency.

The retired detective first lieutenant was stunned to learn in March that MSP had simply stopped offering the program to new recruits in 2018 but failed to notify participants.

“The program itself wasn’t even being offered to the new people coming on board,” explained Knowlton. “So, if we don’t have new people coming in, and we have people leaving on the tail end, we’re losing on both sides causing the membership numbers to drop at that point.”

Knowlton tried unsuccessfully to work with MSP to find ways to reenergize the program.

“We’ve always considered state police to be a family. We’ve looked out for each other both actively, doing things together, and retired,” said Knowlton, who fears the agency is losing that familial bond.

“You joined (the benefit program) because it was for fellow members, and it’s gone,” remarked Boggs. “I can almost guarantee that whoever decided this program wasn’t any good, wasn’t a member of it.”

PROGRAM’S SUSPENSION ‘A HUGE SLAP IN THE FACE’

As participants became aware of the program’s troubles, Knowlton was inundated with calls and emails from frustrated retirees.

When he told them Target 8 was looking into the program’s suspension, we heard from more than a dozen disappointed MSP alumni.

“To have (the program), after all these years of faithful service to our deceased active and retired members, canceled on the whim of an individual … is a huge slap in the face,” wrote retired MSP Sgt Richard Rothermel, who retired in 1999 after 27 years of service.

“My first day of recruit school in Sept 1972, I signed up for the VBP,” wrote Rothermel, saying he has “faithfully paid into it ever since.”

In another email to Target 8, the wife of retired officer noted she and her husband have contributed thousands of dollars to the plan.

“My husband was employed by the MSP for 29 years during which we made contributions, and then after his retirement in 1999 until this atrocity came to light for us in May of 2021,” wrote June Duthler of Imlay City. “We would appreciate any help from you that you can provide us.”

Another emailer, Jack Messer, has been a member of the Voluntary Benefit Program since his enlistment with MSP in 1974.

“While many of us have other insurance, my understanding was the VBP would provide immediate assistance to an affected family upon the loss of their department member. The thought was to help meet immediate needs until other financial avenues kicked in,” wrote Messer.

“It is more than disconcerting that the program would end without notice…,” he continued.

MSP: COMMUNICATION ‘COULD HAVE BEEN BETTER’

A spokesperson for Michigan State Police told Target 8 the agency was declining an on-camera interview because it needed to communicate directly with VBP participants first.

“We agree that communication to participants about the status of the program could have been better,” wrote Shanon Banner, the department’s public affairs director, in a series of email exchanges with Target 8.

“The department’s actions, while not a model of customer service, were not improper,” wrote Banner, when Target 8 asked if any administrators would be held accountable for the VBP’s troubles.

Banner said the program’s membership had already begun declining on its own in the early 2000s.

Banner blamed the decline in program participation on the increased availability of life insurance, the state’s decision to offer 401K retirement benefits and the fact that MSP made fewer hires.

“Ms. Amanda Baker, director of the MSP Budget and Financial Services Division, made the decision to stop enrolling new members into the VBP in September 2018. By the time the decision was made, the program was already in significant decline as it was not nearly as attractive to new participants in modern times,” wrote Banner.

“Colonel (Joseph) Gasper paused the program in April 2021 after learning of the issues, in hopes that a fiduciary outside of state government could be found to take over administration of the program,” Banner wrote.

So far, MSP has been unsuccessful in that endeavor.

“While we empathize with participants, we would remind them that this program never promised a guarantee of benefits nor a guarantee of continuity. The reality of the situation is this is a program the department does not have the authority to operate today. When the program was paused in 2021, it was with the hope that a new home outside of state government could be found so it could continue for our retirees,” wrote Banner.

If the program is permanently ended, Banner said the escrow funds will be returned to members.

There’s no timetable for a decision regarding the program’s future, though Banner said MSP is committed to communicating information to participants as soon as it’s available.

Michigan State Police is consulting with the state attorney general’s office regarding the VBP program.

“The Department has been in touch with our client on this matter, however, those discussions are confidential. There has not been a request for a formal opinion,” wrote Lynsey Mukomel, press secretary with the AG’s Office of Public Information & Education.