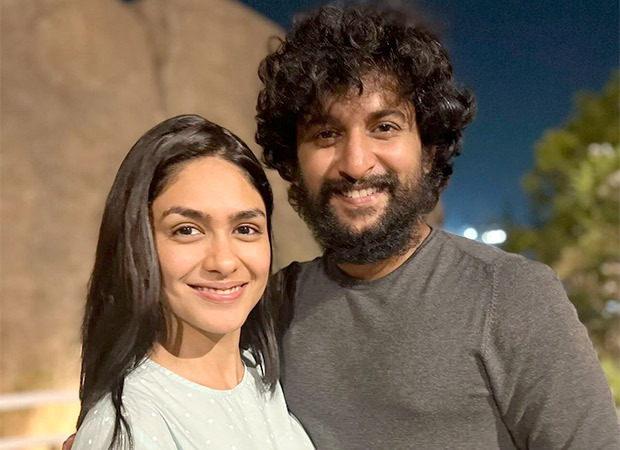 Mrunal Thakur who is already receiving rave reviews for her constrained yet impactful performance as Vidya in the Hindi remake of Jersey, had an accidental but absolutely endearing meeting with the leading man of the original. Telugu superstar Nani met Mrunal during her shoot in Hyderabad, where she is shooting for her next with Dulquer Salmaan.

The actress was charmed by the humbleness and Nani even shared his excitement for the remake of the film starring Mrunal and Shahid Kapoor in the leads. The film which has released across India in cinemas is a remake of the Telugu film and it was Nani and Shraddha’s performances that made Mrunal want to be part of the remake. Coincidentally the original clocked in 3 years recently. With both the original and the remake being helmed by Gowtam Tinnanuri.

She said, “Nani was so humble and such an absolute sweetheart. He even shared with me his excitement to see the remake and I’m looking forward to see what he thinks of the remake. When I watched the original film, it was Shraddha and his performance that made me want to work in this film. So I’m glad I got to meet him in person.”