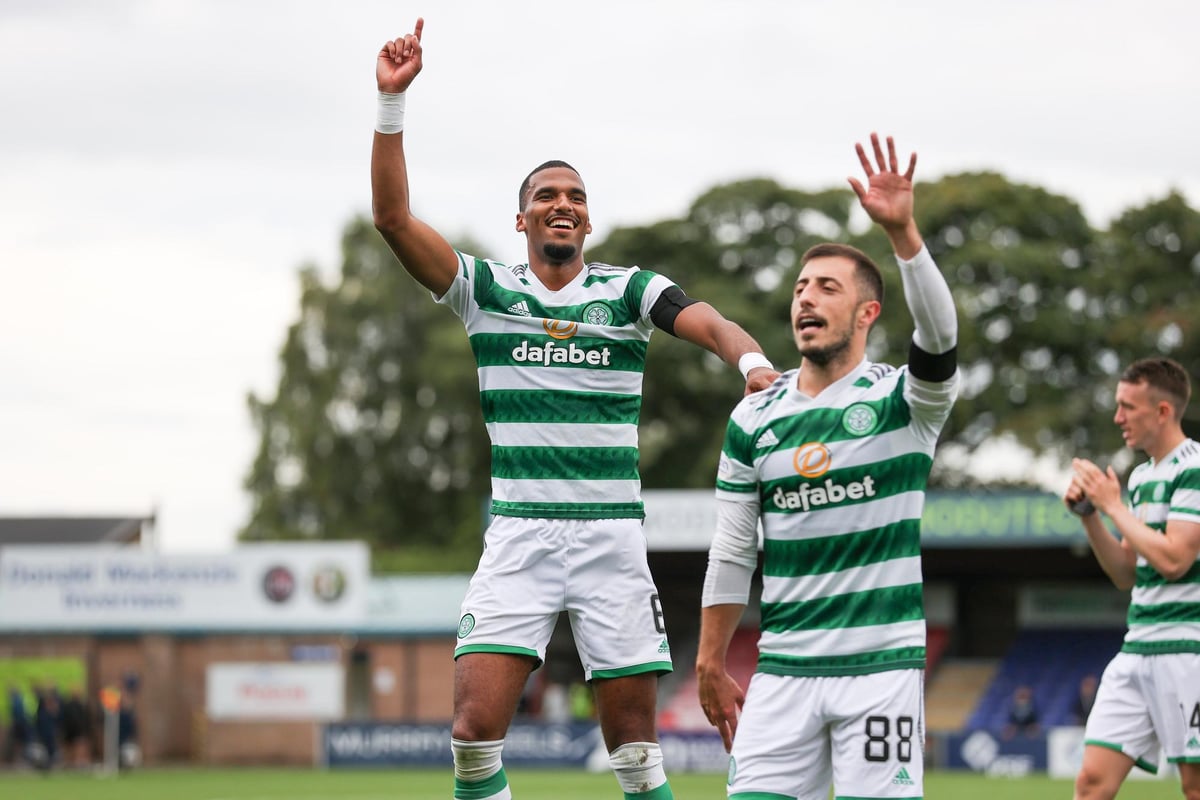 Handed a start in Celtic’s central defence against Ross County due to Stephen Welsh falling ill earlier in the week, the on-loan Lorient centre-half put in assured performance and scored the second goal in a 3-1 win over the Staggies.

The 23-year-old German met a Jota cross on 84 minutes and bulleted a header into the net to spark raucous celebrations in the away end, the player’s momentum taking him into the crowd where he was greeted by his new adoring faithful.

“It wasn’t a bad debut,” smiled Jenz after the match. “It was amazing to play my first game in front of a fantastic away crowd.

“Then to score was like a dream come true.

“We knew at 1-1 we had to win the game so I wanted to get in there and score the goal. In the end, it happened.

“You always hope to get on the end of the ball and I timed it well. I showed real desire to score the goal.

“It was incredible to celebrate with them [the fans] at the goal.

“I’ve always wanted to score in a British game and run into the crowd. There’s no stopping, you just run in with your emotions.

“It was amazing. It took some time to get out but I did.”

Jenz looked comfortable in his first outing in Scotland’s top flight, although he did pick up a booking for a foul for felling Jordy Hiwula in the second half.

“We knew they’d play first time balls in behind us and try to win second balls.

“That was a very interesting combat but you have to play your own game and be brave.

“It was quicker than I expected, it was quick and direct. It’s a different style for me but some teams play like this.

“We play in a different way, attacking, brave football.”